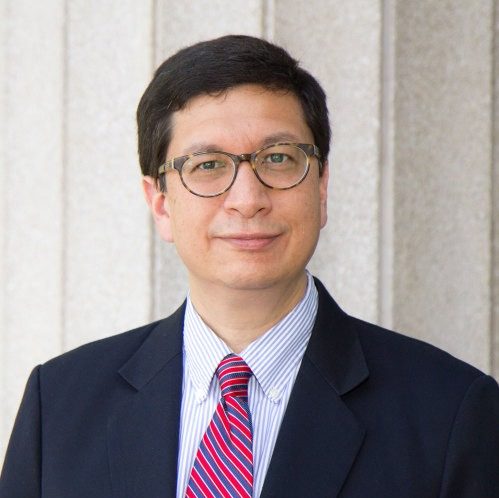 Jorge L. Contreras teaches in the areas of intellectual property law, property law and genetics and the law. He has recently been named one of the University of Utah's Presidential Scholars, he won the 2018-19 Faculty Scholarship Award from the S.J. Quinney College of Law and the University's Distinguished Research Award in 2020. Professor Contreras has previously served on the law faculties of American University Washington College of Law and Washington University in St. Louis, and was a partner at the international law firm Wilmer Cutler Pickering Hale and Dorr LLP, where he practiced transactional and intellectual property law in Boston, London and Washington DC. Professor Contreras’s current research focuses, among other things, on the development of technical standards and the use and dissemination of data generated by large-scale scientific research projects. He has edited six books and published more than 100 scholarly articles and book chapters. His published work has appeared in scientific, legal and policy journals including Science, Nature, ​NYU Law Review, Georgetown Law Journal, North Carolina Law Review, Florida State Law Review, American University Law Review, Harvard Journal of Law and Technology, Berkeley Technology Law Journal, Antitrust Law Journal, and Utah Law Review. He has been quoted by numerous media outlets including the New York Times, Wall Street Journal, Economist, Bloomberg, Washington Post, Korea Times and has been featured on NPR, PRI and BBC radio shows and a range of podcasts and online news programs. Professor Contreras serves Co-Chair of the Interdisciplinary Division of the ABA’s Section of Science & Technology Law and a member of the Advisory Board of the American Antitrust Institute. He has served as Co-Chair of the National Conference of Lawyers and Scientists, a member of the National Academy of Sciences (NAS) Committee on Intellectual Property Management in Standard-Setting Processes, the National Institutes of Health (NIH) Council of Councils, the Advisory Council of NIH's National Center for the Advancement of Translational Sciences (NCATS), the Cures Acceleration Network (CAN) Board, the National Advisory Council for Human Genome Research, and the Intellectual Property Rights Policy Committee of the American National Standards Institute (ANSI). He also serves on the Scientific Advisory Board of the Utah Genome Project. He is a cum laude graduate of Harvard Law School (JD) and Rice University (BA, BSEE) and clerked for Chief Justice Thomas R. Philips of the Texas Supreme Court.
801-587-5471
jorge.contreras@law.utah.edu 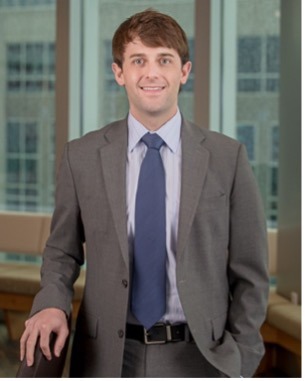 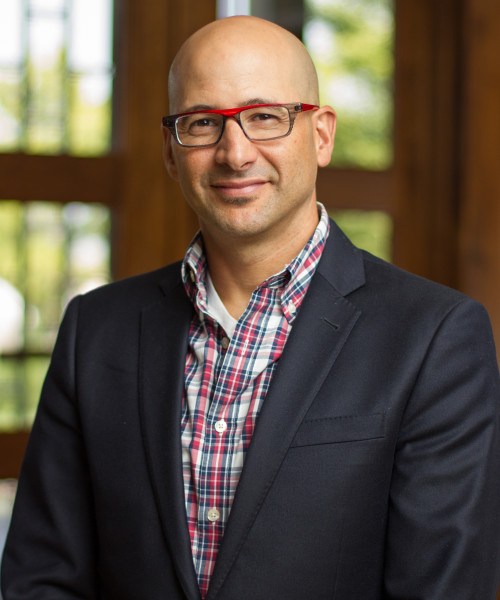 Professor Chahine teaches New Ventures, a first of its kind course that combines various aspects of legal and business principles in real-world settings. Students experience the legal and business aspects involved in launching a technology-based venture through a combination of classroom instruction and placement in one of three external clinics: the Technology Commercialization Office, the Lassonde Entrepreneurial Center, or the University Venture Fund. Topics include confidentiality agreements, technology valuation, due diligence, material transfer agreements, venture financing instruments, and complex technology licenses. Professor Chahine is a member of the Law and Biosciences Project, an interdisciplinary project focusing on cutting edge issues at the intersection of law and rapidly emerging biosciences. The team is currently focused on the complex legal issues (informed consent, privacy, ownership, etc.) raised by large databases that combine a patient's family history, biological specimens, genetic information, and medical records to develop the next generation of prognostic and diagnostic medical tools. Professor Chahine consults with early-stage bioscience companies. At these companies, Professor Chahine works closely with the founders, board of directors, and management to implement a comprehensive business strategy, including marketing, regulatory, intellectual property, and fundraising. Previously, Professor Chahine was President and Chief Executive Officer of Avigen, Inc. a biopharmaceutical company in the San Francisco Bay area developing drugs for chronic neurological disorders where he still serves on the Board of Directors. Professor Chahine served as Avigen's Chief Operating Officer as well as Vice President of Business Development and Intellectual Property. Prior to joining Avigen, he worked at a patent law firm specializing in biotechnology and chemical patents. Professor Chahine also worked as a research scientist at Pfizer (formerly Parke-Davis Pharmaceuticals) and the University of Utah Department of Human Genetics. During his career, Professor Chahine has successful raised over $200M in capital; has completed numerous deals with large pharmaceutical companies (including Bayer AG, Baxter Healthcare, and Genzyme) totaling several hundred million dollars; and received over 70 US and International patents.
801-585-9318
chahinek@law.utah.edu 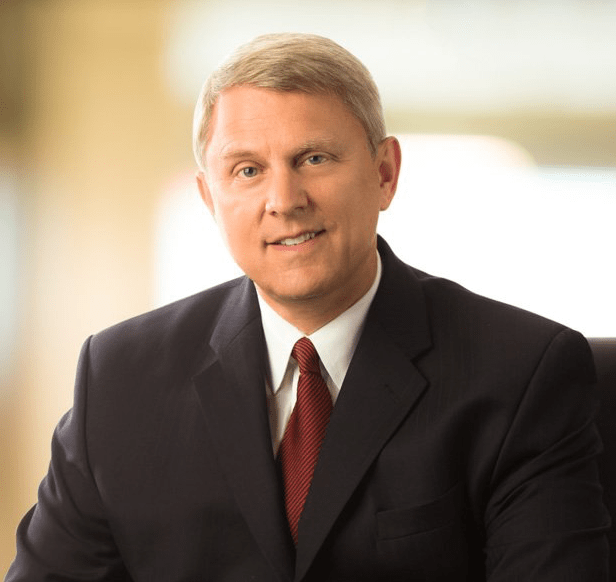 Since graduating from law school at the University of Utah in 1993, Mr. Dellenbach’s practice has principally focused on the preparation and prosecution of trademark applications, chemical and mechanical patent applications, design patent applications, and licensing. During law school from 1990 to 1993, Mr. Dellenbach served on and published in the Utah Law Review. He also served as a teaching assistant for constitutional law. From 1995 to 1998, Mr. Dellenbach served as an adjunct member of the faculty at the University of Utah, teaching Law School Admission Test preparation courses.
801-581-7378
david.dellenbach@law.utah.edu 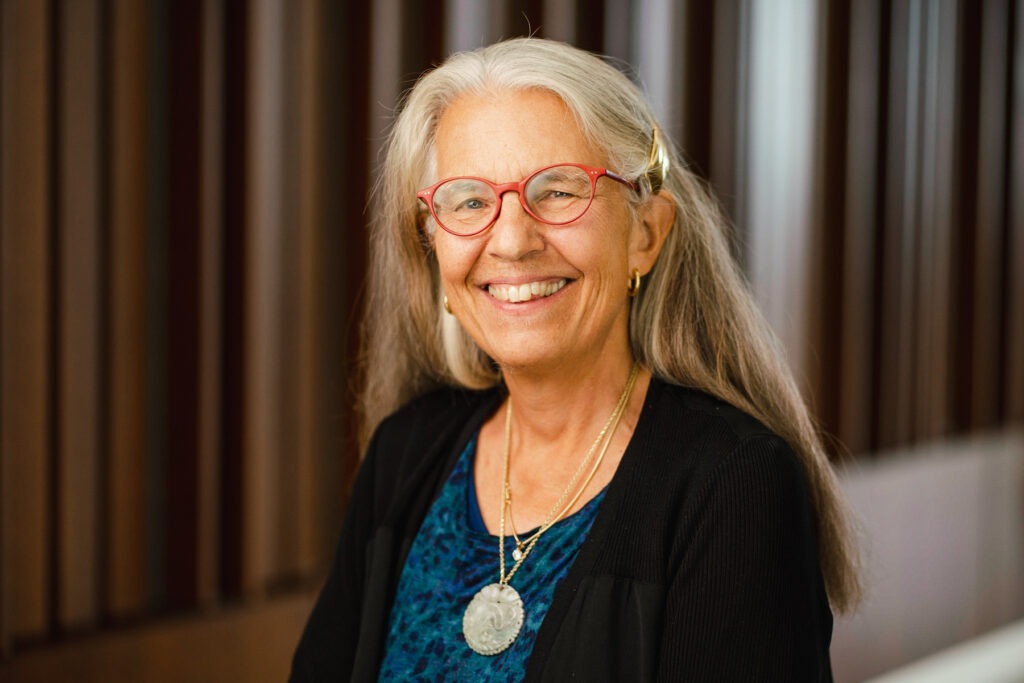 My research interests lie at the intersection of normative ethics, bioethics, and health law. My primary current interests include disability and disability law, privacy especially with respect to health information, reproductive ethics, issues of justice in health care, and infectious disease and public health ethics. I also write and teach on issues in environmental ethics and philosophy of law.
801-582-4289
francisl@law.utah.edu 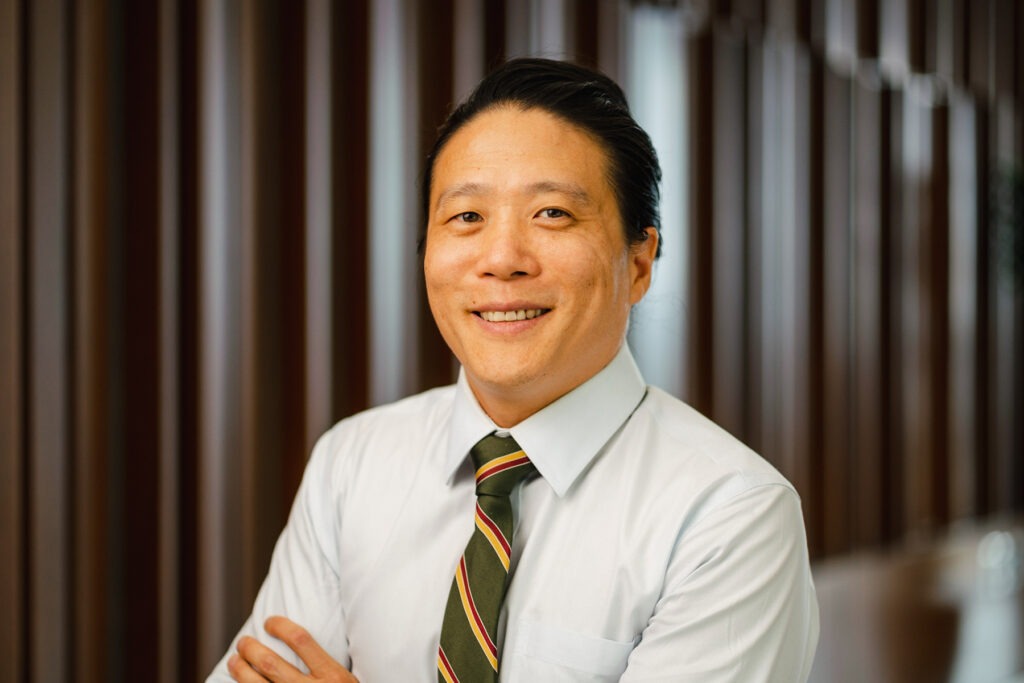 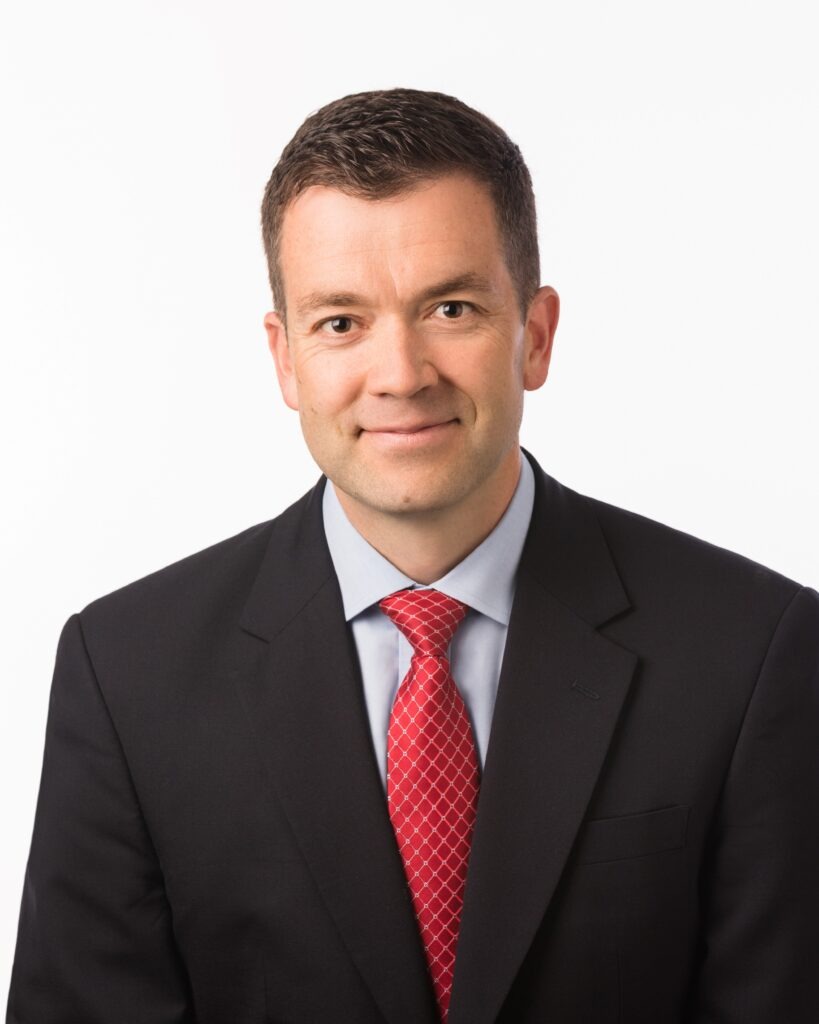 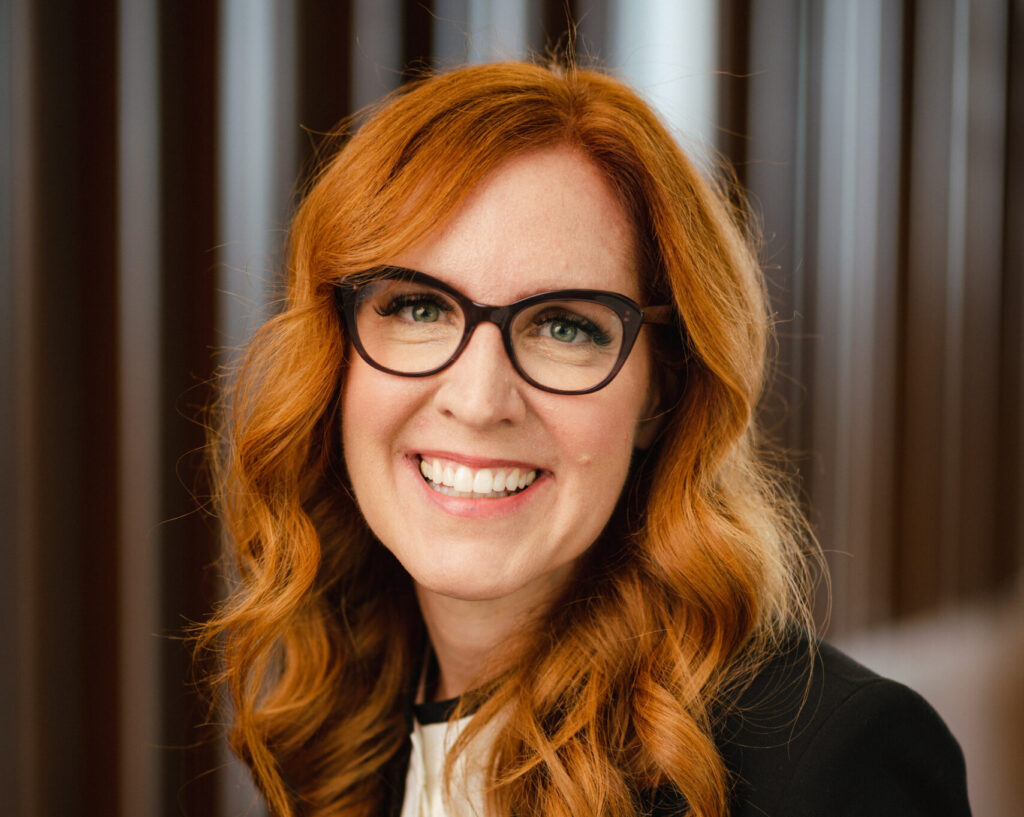 Professor RonNell Andersen Jones is an Affiliated Fellow at Yale Law School’s Information Society Project and the Lee E. Teitelbaum Endowed Chair and Professor of Law at the University of Utah S.J. Quinney College of Law. A former newspaper reporter and editor, Professor Jones is a First Amendment scholar who teaches, researches and writes on legal issues affecting the press and on the intersection between media and the courts, with a particular emphasis on the United States Supreme Court. Her scholarship addresses issues of press access and transparency and the role of the press as a check on government. She is also a widely cited national expert on reporter’s privilege and newsgathering rights and a regular speaker on emerging areas of social media law. Her scholarly work has appeared in numerous books and journals, including Northwestern Law Review, Michigan Law Review, UCLA Law Review, Minnesota Law Review, and the Harvard Law Review Forum. She is also a regular public commentator on press freedom issues. Her op-eds have been published in several major news outlets, including CNN and The New York Times, and her research has been quoted in Newsweek, the Washington Post, the New York Times and other national publications. Professor Jones graduated first in her law school class and clerked for the Honorable William A. Fletcher on the Ninth Circuit Court of Appeals and for Justice Sandra Day O’Connor on the United States Supreme Court. Prior to entering academia, she was an attorney in the Issues & Appeals section of Jones Day, where her work focused on Supreme Court litigation and included major constitutional cases. An award-winning teacher, Professor Jones has been recognized for her classroom innovations and personal mentoring. Before joining the faculty at the University of Utah, Professor Jones was Professor of Law and Associate Dean of Academic Affairs and Research at Brigham Young University, where she was twice named Professor of the Year. Before that, she was a Distinguished Faculty Fellow at the University of Arizona, where she team-taught an annual course about the United States Supreme Court with Justice O’Connor.
801-587-8756
ronnell.andersen.jones@law.utah.edu 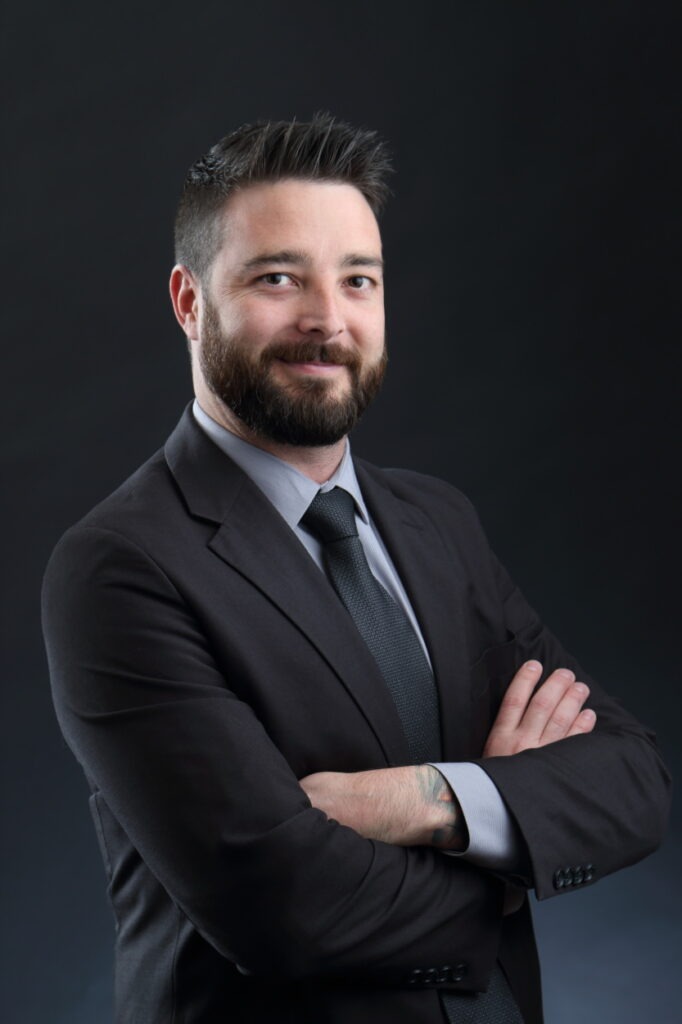 Derek manages the legal aspects of business transactions for Sentry Financial Corporation and its subsidiaries, including Vavani Productions - a multimedia production house that develops, finances, produces, and distributes various media properties. Prior to joining Sentry, he was formerly a Salt Lake City-based entertainment attorney and small business consultant who focused his practice on entertainment matters, business and corporate law, and intellectual property. Derek has a passion for independent music, art, and culture, with over 15 years of experience working with musicians, artists, and creative businesses. He currently serves as Chair of the Entertainment Law Section of the Utah State Bar, and President of Utah Lawyers for the Arts. He holds a JD, MBA, BS, and BA from the University of Utah.
801-581-7792
Derek@UtahMusicAttorney.com 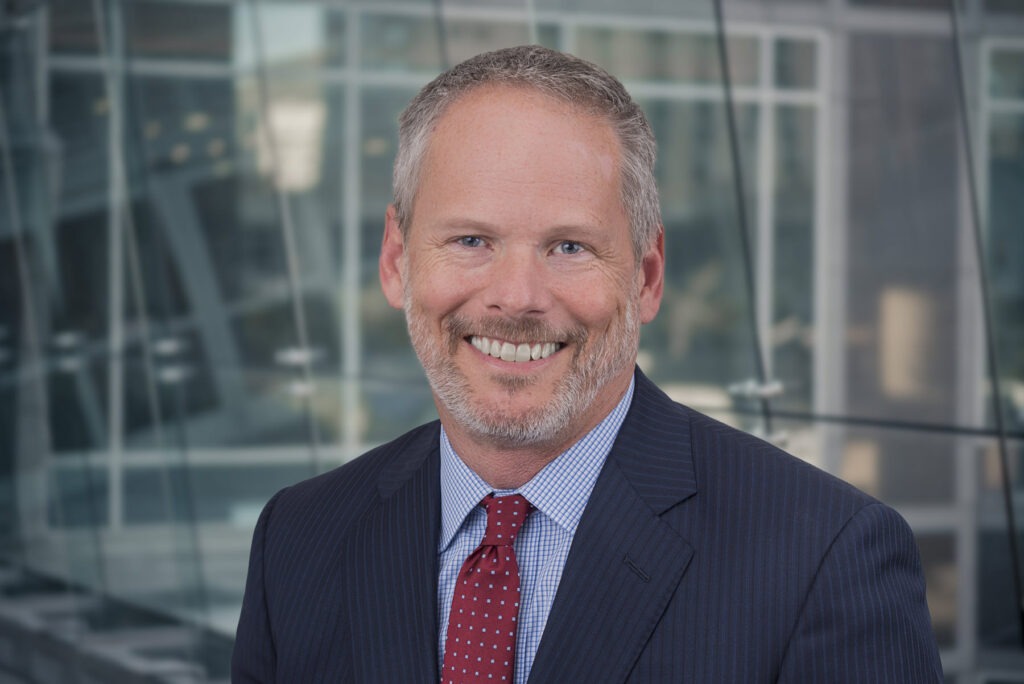 Eric’s background as an accomplished computer hardware and software design engineer makes him uniquely qualified to assist his clients in dealing with their intellectual property challenges. His practice is concentrated in strategic counseling, licensing and patent procurement in the computer, electronics, semiconductor, communications, software and Internet fields. He has extensive experience in developing strategies for protecting client technologies, preparing non-infringement opinions, conducting IP due diligence and counseling clients in matters relative to strategic IP portfolio management. He also has litigation experience in a number of complex intellectual property litigation cases. He is a former equity shareholder and former member of the board of directors of a major Salt Lake City-based IP law firm. His practice involves a wide range of intellectual property matters, including the acquisition and enforcement of patent, trademark, copyright and trade secret rights, computer and multimedia law, and administrative actions before the U.S. Patent and Trademark Office and the U.S. Copyright Office. He also has extensive experience in the preparation of legal opinions on complex patent validity, infringement and enforcement questions on computer, communications and electronics patents. He has also been responsible for various due diligence and clearance investigations relating to new product releases and the transfer of intellectual property assets. In law school, Eric served as an Intern to the Honorable I. Daniel Stewart, Associate Chief Justice of the Utah Supreme Court. He was a William H. Leary Scholar and a Semifinalist in the Traynor Moot Court Appellate Advocacy Competition. He also was awarded the American Jurisprudence Award in Intellectual Property Law.
435-252-1360
emaschoff@mabr.com 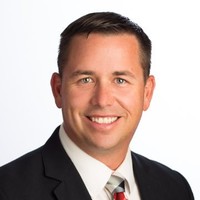 Timothy Nichols is a shareholder with Workman Nydegger. He represents companies of all sizes in patent, trademark, and copyright matters. Tim regularly counsels clients regarding the procurement and licensing of their intellectual property, and guides them through the intricate nuances of online marketplaces to better manage, protect, and extract revenue from their intellectual property portfolio. His clients include companies and inventors across a wide range of industries such as cardiovascular medical devices, prosthetic and orthopedic devices, drilling equipment, precision machining systems, software, LED devices, body armor, security seals, outdoor furniture, jewelry, apparel, and other consumer products. Prior to joining Workman in 2010, Tim was a judicial clerk to the Honorable Dee V. Benson in the U.S. District Court for the District of Utah, and an environmental engineer.
801-815-1382
tnichols@wnlaw.com 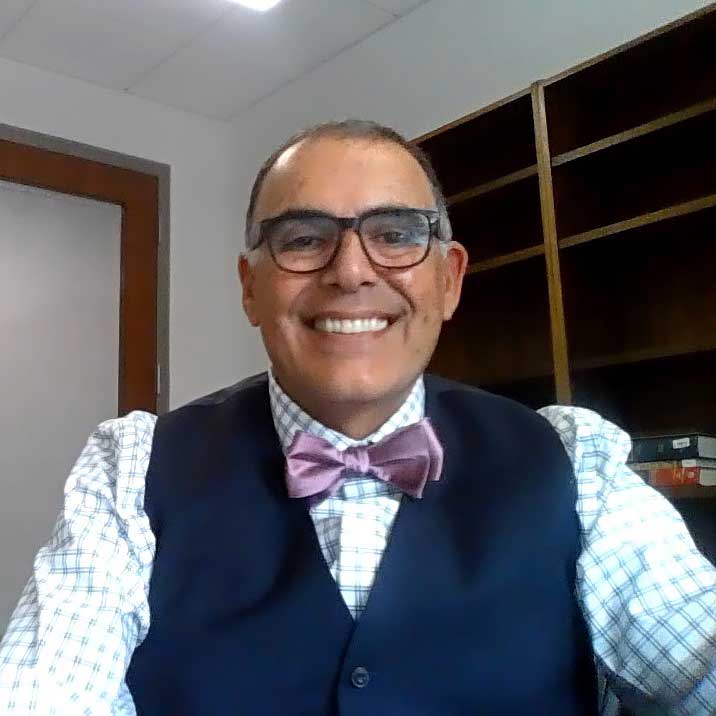 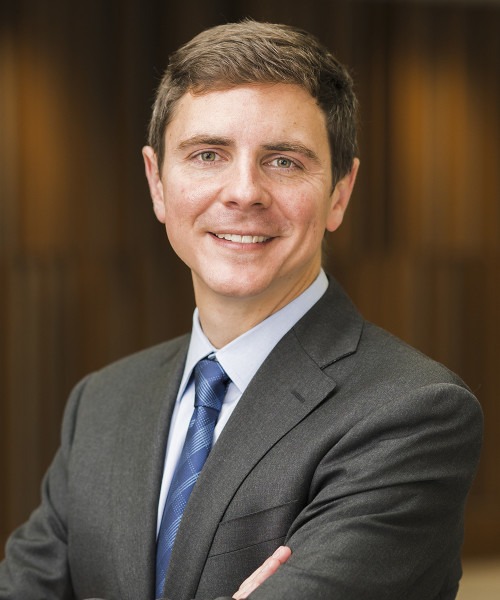 Professor Tokson's research focuses on the Fourth Amendment and its application to new technologies and social contexts. He has also written about broader theoretical issues in privacy, judicial decisionmaking, and criminal punishment, and he is currently co-leading an interdisciplinary group studying the psychological effects of incarceration. Professor Tokson's recent articles have been published or are forthcoming in the University of Chicago Law Review, the Michigan Law Review, the Northwestern University Law Review, the Cornell Law Review, the Minnesota Law Review, and the George Washington Law Review. His article Knowledge and Fourth Amendment Privacy was discussed at oral argument in the Supreme Court case Carpenter v. United States. Professor Tokson graduated cum laude from Dartmouth College and with high honors from the University of Chicago Law School, where he was the Executive Articles Editor of the Law Review. He served as a law clerk to the Honorable Ruth Bader Ginsburg and to the Honorable David H. Souter of the United States Supreme Court. Professor Tokson has also served as a fellow at the University of Chicago and as a senior litigation associate in the criminal investigations group of WilmerHale, in Washington, D.C.
801-585-1863
matthew.tokson@law.utah.edu 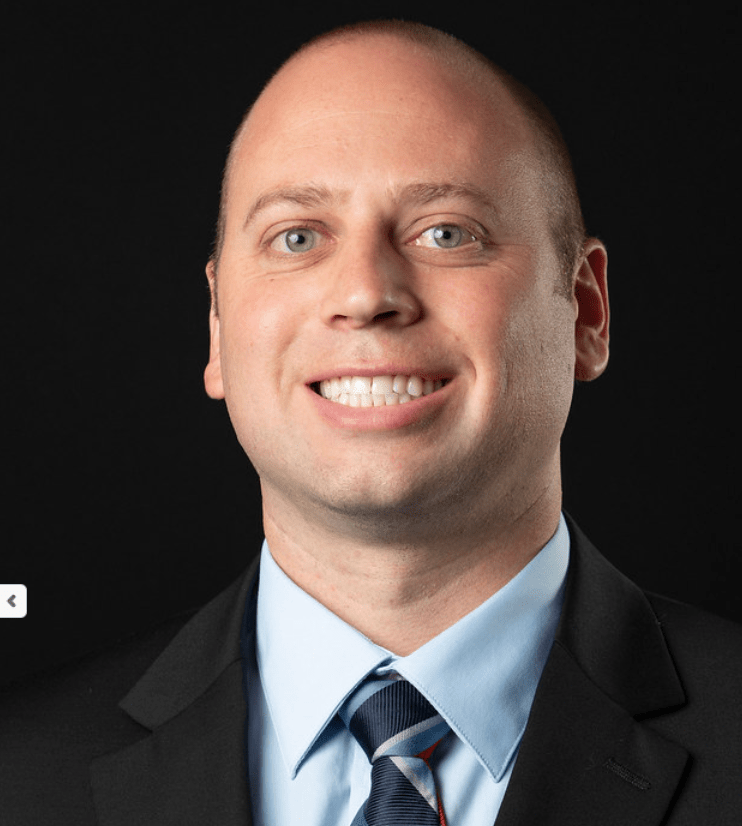 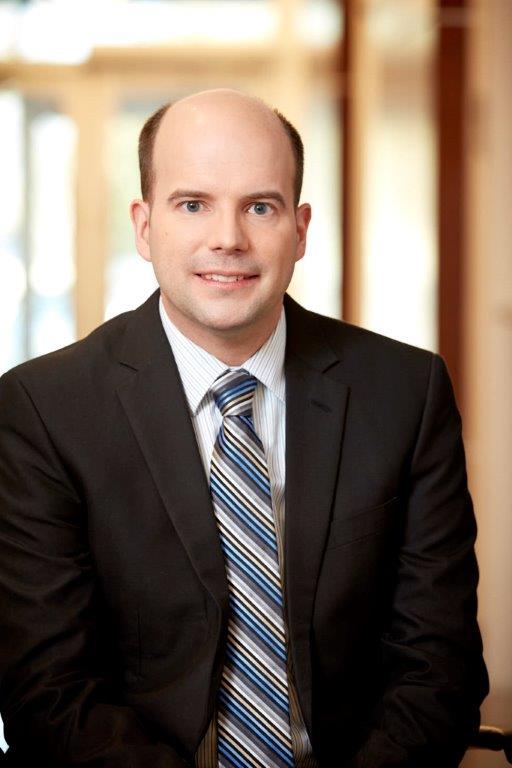 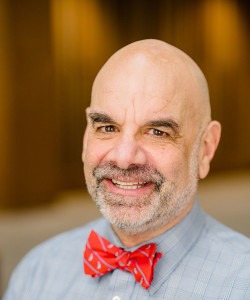