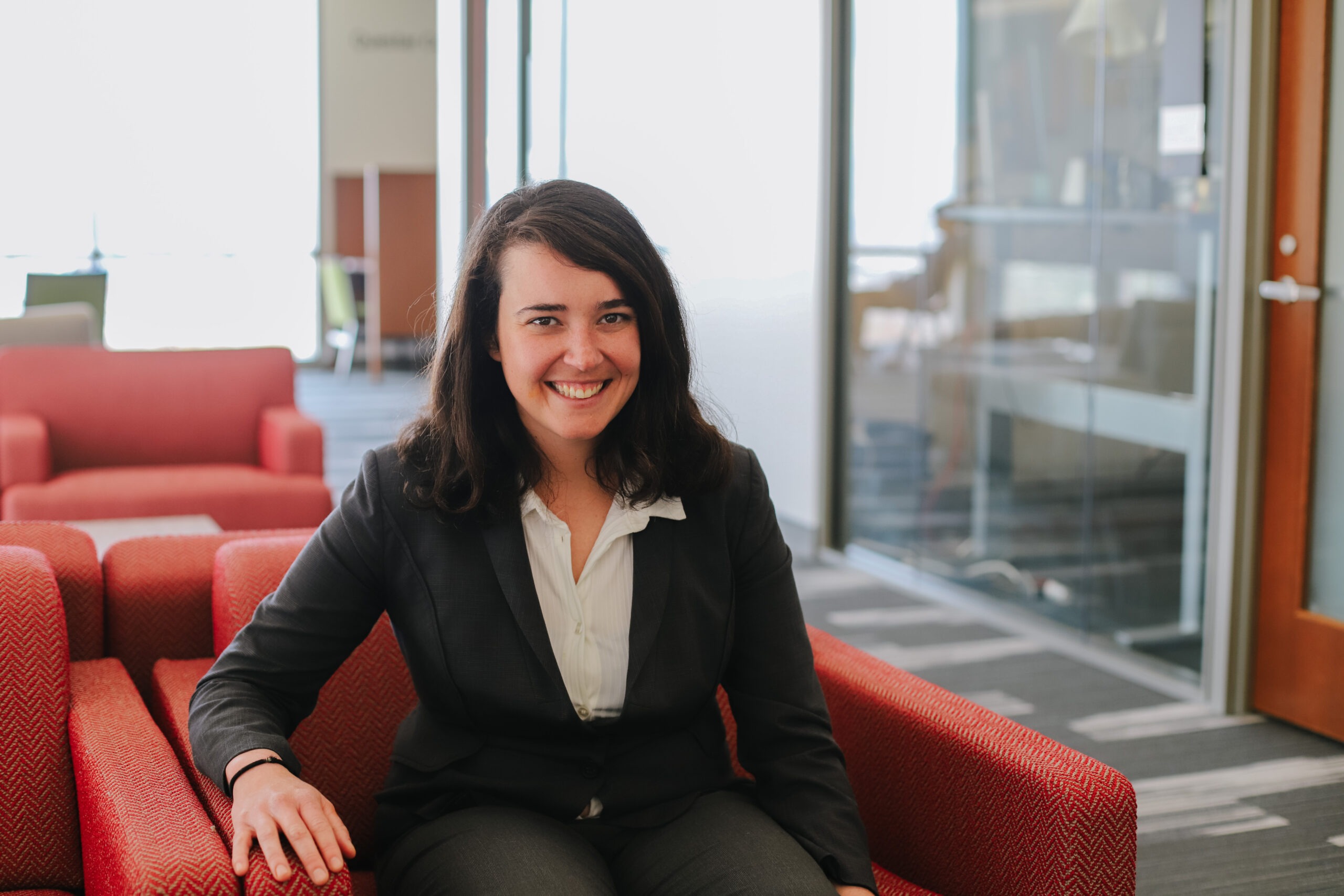 When Maria Fernandez took an internship at a homeless shelter in Santa Fe, it was mostly because she liked the area and wanted to stick around for a while after her worldwide backpacking trip. She didn’t expect to love the work as much as she did.

“I’ve always had a service drive,” she said. “I found the people I worked with to be so real and raw, and I could see how they were just regular people who were often victims of circumstance.”

She eventually became a case manager at that same homeless shelter, helping individuals find stable jobs or rehabilitation as needed. She soon began to recognize that the biggest barriers faced by individuals trying to get housing and reenter society are legal in nature.

“I wanted a more powerful role,” Fernandez said. “Being a lawyer can be a very powerful form of social work.”

That is what planted the idea of attending law school in her head.

Fernandez then spent a year working for child protective services in Alaska. Seeing the challenges in the system solidified her decision to go to law school.

Fernandez is in her first year as a law student at the S.J. Quinney College of Law. She plans to become a public defender in Alaska, where legal representation is sparse.

“There are large parts of Alaska, especially the rural areas, with no legal representation,” she said. “It definitely seems like a place where I can actually make a difference.”

Fernandez has a legacy of law within her own family – her grandfather was a highly-regarded lawyer in Cuba. After immigrating to the United States, her grandparents had to work as a factory worker and a hotel cleaner in Midwestern Illinois, which was a stark difference from their life as a lawyer and a socialite on the beaches of Cuba.

“They always worked hard and they never complained,” Fernandez said. “They were just grateful. I know they missed home and they talked about Cuba with so much love and regard. But they chose to focus on being happy for what they had, and extended that love to their children and grandchildren.”

After many years of hard work, her grandfather eventually became a professor of law at a university in Midwestern Illinois.

“I feel incredibly honored to be able to pursue my grandfather’s original passion for the law,” Fernandez said.

Fernandez is a recipient of an Arc Fellowship through the S.J. Quinney College of Law’s new Arc to Justice program. This program is supported by six local law firms and is designed to increase diversity in the legal field by supporting individuals who’ve had to overcome challenges to come to law school.

Two exceptional incoming students are selected to receive an Arc Fellowship each year.

“I am very humbled and grateful to have this fellowship,” she said. “I hope this program continues, because it can help someone like me have the opportunity to pursue their passion without having to worry about the financial barriers.”