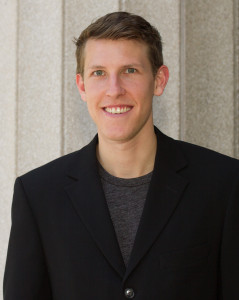 By Austen Paulsen for BiolawToday.org.

There is currently a bill before the Utah House of Representatives, House Bill 221 Immunization of Students Amendments, which would require parents seeking exemptions from required vaccinations for their children to complete education modules before they receive exemptions for their children.  In Utah, children entering Kindergarten are generally required to get 5 doses of vaccine for DTP (Diphtheria, Tetanus, Pertussis)/DTaP (Diphtheria-Tetanus-acellular Pertussis)/DT (Diphtheria-Tetanus); 4 for Polio; 2 for Measles, Mumps, Rubella (MMR); 3 for Hepatitis B; 2 for Hepatitis A; and 2 for Varicella.[1]  Children entering seventh grade must get 1 dose of vaccine for Tdap (Tetanus, Diphtheria, acellular Pertussis); 3 for Hepatitis B; 2 for Varicella; and 1 for Meningococcal.1

Parents may seek exemptions from vaccination requirements for their children for medical, religious, or personal reasons.  In Utah, 1% of exemptions are for religious reasons, 4% are for medical reasons, and the overwhelming majority, 95%, are for personal reasons.[2]  Parents may seek exemptions for many personal reasons, including fear of severe side effects such as autism, distrust of the pharmaceutical industry, and general worries that the harms associated with vaccines outweigh the benefits; however, many of the claims that have been made against vaccines have been disproven.  For instance, Dr. Andrew Wakefield’s claim that there was a causal link between the MMR vaccine and autism was disproven and Robert F. Kennedy Jr.’s claim that thimerosal, a preservative used in vaccines, was tied to “speech delays, attention-deficit disorder, hyperactivity, and autism” was found to be unsubstantiated.[3]  Although serious side effects have been scientifically linked to some vaccines, according to the Center for Disease Control and Prevention, almost all of the severe side effects associated with vaccines occur so rarely that it is unclear whether they are caused by the vaccine or not.[4]

Herd immunity is the concept that when a large proportion of a population is immunized against a contagious disease, members that are not immunized are protected from the disease because the spread of the contagion is repressed.[5]  Herd immunity following mass-vaccination is what has led to diseases such as polio being for the most part eliminated in advanced countries like the United States.  However, in order for herd immunity to be created, a threshold proportion of the community must be vaccinated.  The percentage of the population necessary to achieve herd immunity depends on a value called the “basic reproductive number.”6  The basic reproductive number refers to the number of new infections that one infected person could cause in an unprotected population.  Thresholds for some commonly vaccinated diseases are 75-86% for Mumps, 80-86% for Polio, 80-85% for Smallpox, 85% for Diphtheria, 83-85% for Rubella, 92-94% for Pertussis, and 83-94% for Measles.[6]  Trends in the incidence of vaccine-preventable diseases generally track the rate of school exemptions for the associated vaccine.2  In Utah, occurrences of Pertussis have generally risen in proportion to increases in school exemptions.2

H.B. 221 would require parents to complete an educational model which is no longer than twenty minutes.  The module would provide parents with information about vaccine preventable illnesses and vaccines, recommendations to prevent unvaccinated children from contracting vaccine-preventable diseases, and would require parents to complete some interactive questions and activities.  The module would be created by Utah’s Department of Health and would include input from individuals interested in vaccination requirements and health care professionals.[7]

Austen is currently a third year law student at the University of Utah’s S.J. Quinney College of Law.  Austen is a fellow for the Center for Medical Innovation as well as an intern for the Lassonde New Venture Development Program.  Austen graduated from the University of Utah with a B.S. in Chemical Engineering and is planning on pursuing a career in intellectual property law. He is an avid mountain biker and races downhill mountain bikes competitively.  Austen is also a snowboarder, runner, weight lifter and lover of all things outdoors.