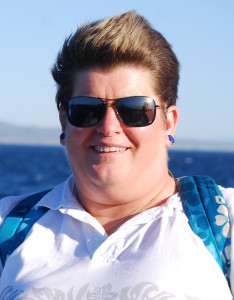 Many environmental problems, especially if they are grounded in natural resource use, face the governance challenge of changing conditions. Those transformations might occur in the natural resource or ecosystem itself—the result, for example, of over-use, invasive species, drought, sea-level rise, or climate change. However, changes can also occur in the associated community or other relevant social system. For example, the West has shifted significantly (and continues to shift) from an agrarian-based (farming and ranching) socioeconomic system to one far more grounded in cities and suburbs, with shifting demands for and stresses on land, water, and species.

Adaptive governance is a new approach to governing these shifting socio-ecological systems—that is, the complexes of social communities and the ecosystems on which they depend. The term refers to both formal (e.g., laws and regulations) and informal (e.g., community norms and standards) governance mechanisms created specifically to adjust to changing conditions and includes the actors, networks, organizations, and institutions that collaborate to achieve new goals for and management of complex socio-ecological systems, generally managing for resilience. Adaptive governance regimes tend to emerge spontaneously and unpredictably in response to a significant shock to a system (or series of shocks) that spur a new and often extralegal recombination of institutions and governance resources, including funding, leadership, and collaborative networks.

A specific example will help illustrate why and how adaptive governance can emerge. The Klamath River Basin straddles southern Oregon and northern California. Historically, the Basin supported several Native American Tribes and strong runs of salmon. However, as white settlers moved in and began farming, the Basin became the very early recipient of a Bureau of Reclamation project, resulting in dams in the Upper Basin that changed the amount and timing of water flow through the system. As water use also increased, pollution and flow issues became problematic, leading to the listing of three fish species in the system under the federal Endangered Species Act (ESA).

The Basin hit crisis in 2001 and 2002. In 2001, during a severe drought, a federal judge shut down deliveries of water to protect the ESA-listed species, leading to a significant legal and political backlash in 2002. Many years of litigation followed, particularly as drought in the region became a more constant reality. Eventually, however, stakeholders realized that hewing to the old battle lines—in very reductionist terms, irrigators and other water rights holders versus ESA-listed fish and the Tribes—was achieving little but repeated rounds of very costly litigation. Stakeholders, aided by the dam operator’s conclusion that relicensing of the dams in the system was not economically viable and hence that dam removal was a real possibility, came up with a series of agreements on how to better manage the Basin’s water resources to the increased benefit of both the fish and the irrigators.

The Klamath Basin agreements require federal approval and money to remove the dams. Moreover, a recently completed stream adjudication recognizing large and very senior water rights in the Tribes has spurred new negotiations. Nevertheless, the collaborative approach to managing the Klamath Basin is a prime example of adaptive governance—an extralegal agreement among the stakeholders who depend upon the Klamath socio-ecological system to govern changing resources and increasingly competing demands for those resources.

While adaptive governance regimes are difficult, if not impossible, to mandate or script in advance, several system characteristics are increasingly recognized as helpful, if not essential, pre-conditions to their emergence. For example, collaboration in new ways among key leaders can facilitate the emergence of adaptive governance, as can opportunities to build trust between and within various networks and organizations. In the Klamath Basin, for example, some of the key steps in reaching new management agreements involved key stakeholders simply learning to talk peacefully with one another and understanding why their neighbors viewed the water situation the way they did. Having good procedures for participation and involving the participation of all key viewpoints and stakeholders is also important.

In other words, the techniques, processes, and goals of environmental dispute resolution more generally are often key components in the emergence of adaptive governance. Indeed, non-litigation processes to discuss and hopefully resolve disputes are often the first key steps in creating a collaborative—as opposed to litigious—environment from which new governance agreements and institutions can emerge. Adaptive governance, however, takes participants beyond the resolution of a single or set of concrete disputes to more proactively face the future, creating new forms of governance institutions that, at their best, will prevent disputes from recurring.

Robin Kundis Craig is the William H. Leary Professor of Law at the University of Utah S.J. Quinney College of Law; she is also affiliated faculty with the University’s Global Change and Sustainability Center and the College of Law’s Stegner Center for Land, Resources, and Environment. For several years now, Professor Craig has been working on the Adaptive Water Governance grant project funded through the Socio-Ecological Synthesis Center (SESYNC) with National Science Foundation money, and this blog entry is based on that work, with deep gratitude to the project’s principal investigators, Professor Barb Cosens at the University of Idaho and Professor Lance Gunderson at Emory University.