These commissions often accomplish what courts can’t, such as public accountability and admissions of wrongdoing, and impetus for reforms and progress.

This post originally appeared on USA Today on June 7, 2020. We are reposting it with USA Today’s and Larry Schooler’s permission.

The instinct for many Americans with deeply felt grievances is to rage. Decades of protests — many peaceful, some violent — have yielded insufficient progress in the quest for better relations between the police and those who are policed. Criminal trials, civil lawsuits and out-of-court settlements haven’t helped enough. For paradigmatic change, a truth and reconciliation commission may be the only answer.

South Africans made the concept famous, but there have been dozens of commissions. In the United States, the city of Greensboro, North Carolina, and the state of Maine have undertaken commissions. Canada launched one that’s national in scope. Each of these empowered laypeople to solicit testimony on issues ranging from apartheid to the mistreatment of Native Americans and indigenous Canadians, from autocracy to alleged police misconduct. Race pervaded much of the work done by these commissions, as did law enforcement.

Most commissions lack subpoena authority or the power to punish, except with words. Some even offer amnesty in exchange for the truth. They produce painstakingly detailed accounts of past eras and events, along with a slew of recommendations. In Canada, nearly three out of every four “calls to action” from its commission have been carried out or are in process. Based on recommendations from its commission, Greensboro’s local government issued a long-awaited apology for its part in the shooting deaths of five demonstrators at the hands of the Ku Klux Klan, passed a recommended living wage for municipal employees, and finally approved a marker near the site of the shootings that used the word “massacre” to describe the incident.

The name itself, “truth and reconciliation commission,” can mislead. Reconciliation between parties to lengthy and wide-ranging conflicts cannot occur in the absence of an agreed upon truth. A TRC’s effectiveness often hinges on whether it gives opposing sides equal chances to be heard and demonstrates impartiality as competing versions of a story are told. The TRC itself may be incapable of carrying out the work of both truth-seeking and reconciliation, but commissions have proven themselves capable, in many instances, of enabling and catalyzing it.

Witness the open public testimony of a former Klansman during the Greensboro Truth and Reconciliation Commission. He admitted that he drove to a 1979 rally of labor organizers and Communist Workers Party leaders because they had advertised the event as “Death to the Klan.” An event organizer accepted responsibility for his provocative rhetoric. While trials yielded no guilty verdicts, the TRC elicited admissions of wrongdoing and public apologies and tangible steps towards a more equitable community. Ultimately, Greensboro’s TRC helped bring about what several courts could not.

The national truth and reconciliation commission in Canada investigated the horrors of its “residential school system” or aboriginal members of First Nations. Thousands flocked to nationally televised hearings and shared graphic details of their abusive treatment in the schools, while those whose organizations oversaw the schools took public responsibility and accountability. This TRC was required by the settlement agreement in a class-action suit brought by former residential school students — again demonstrating the potential for a TRC to do what a court struggles to do.

TRCs do not exonerate those responsible for wrongdoing. But those suspected of egregious acts speak on the record, making themselves susceptible to public shame. More importantly, the commissions use their bully pulpit, their independence from government, and their detachment from the traditional judicial process, to call for major societal reforms. They need not simply sentence an individual or even a group of individuals to punishment; they instead give direction on how to heal and prevent further conflict or bloodshed.

Efforts to resolve long-lingering issues with policing could fall prey to the desire for retributive justice; indeed, since Floyd’s death, we have witnessed the loss of life, injury to many, destruction of private property and police vehicles, and scapegoating. It is not the first time we have reacted to the police like this, and it unfortunately may not be the last if we fail to change course.

A restorative justice approach, on the other hand, allows anyone impacted by the topic at hand to discuss what should be done to repair harm. While a court of law often incentivizes silence or selective disclosure of the truth, a TRC’s use of amnesty often encourages the revelation of truths that otherwise would likely have remained hidden. While often dismissed as an overly lenient approach, truth and reconciliation commissions and other forms of restorative justice have in many cases led responsible parties to take more accountability than they might have in a courtroom.

We have no choice but to work together on a new path for policing in America. We must start with a clearer understanding of what truly ails us if we can ever reconcile our differences. 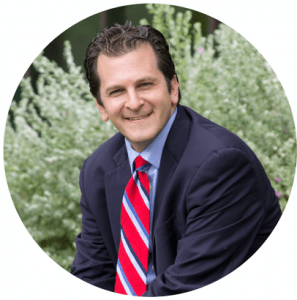 Dr. Larry Schooler is an award-winning mediator, teacher, and consensus builder who provides dispute resolution and cutting-edge strategic guidance to a wide array of clients. Dr. Schooler has taught public policy consensus building in numerous contexts and is a sought-after conference speaker. He has been published widely on the topics of public engagement, conflict resolution, and consensus building. He is the author of a manual on effectively facilitating public meetings and a forthcoming book on how to engage the public in resolving large-scale issues. Larry is a graduate of Yale and went on to acquire a doctorate in Conflict Analysis and Resolution from Nova Southeastern University.