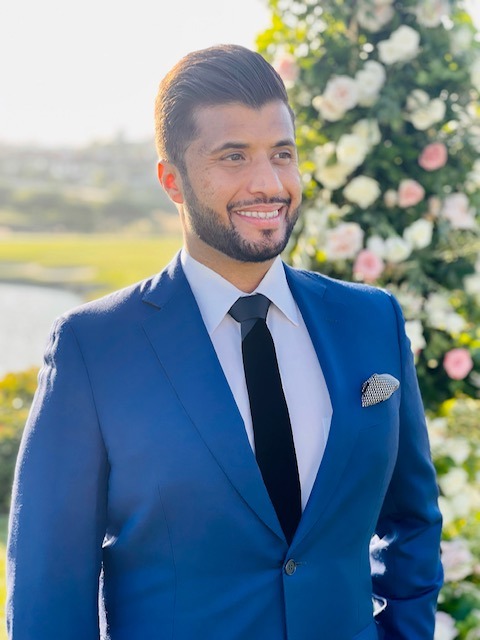 In a family primarily consisting of physicians, Tahir Farukhi wanted to stand out. He became a lawyer.

But in a continuation of his family’s tradition of turning any job into a business, Farukhi also earned an MBA at the same time he graduated from the S.J. Quinney College of Law in 2011.

“My dad always taught me and my siblings that whatever line of work you do, be entrepreneurial,” says Farukhi, with parents who run their own CPA and real estate broker practices in Southern California. His brother and cousins are doctors. “The greatest impact is not slaving away 9 to 5 but doing something more and trying to solve a problem for the community.”

The California native was lured to Utah for the University of Utah’s top-tier joint MBA/JD program. “The law just clicked,” he says, adding that his late grandfather was a prominent attorney in India and was someone he admired, though they never met. “I like the rationale behind it, the methodical thinking. I like the flexibility of it. You can use it in any type of business and in most aspects of life.”

He knew he would practice corporate law because he loved the negotiations and strategies class at law school and enjoyed analyzing financial documents in his MBA classes. He tried litigation after graduation but found more fulfillment working on transactions and deal flow.

Today, he is the Corporate Attorney for a large investor in Orange County, Calif., that invests in the healthcare, technology and real estate industries.  In this role, he negotiates and drafts contracts for real property and commercial transactions and emerging growth companies, analyzes and advises on prospective investments and develops and negotiates investment strategies. “I like the ability to work in different industries—health, tech, real estate. I get to direct how negotiations go. I get to have the ear of my boss,” he says. “Management relies on me to inform them and advise them on how to proceed on various transactions. I like the autonomy and control as well.”

The dual degree gives him credibility in the legal and business world, he says. “The MBA gives you that additional level of sophistication and credibility so you can communicate with C-level executives.”

The skills he learned in U classes and through group projects still resonate today. And he also relies on how the U grounded him, he says. His experience at the U helped him step out of his Orange County bubble, full of private schooling and privilege, and made him want to work harder alongside peers who were older than him, many of whom had families to support. “You saw how people had to step up in life. It made my head smaller. It really took the entitlement away from you. I just realized not everyone is handed something to them. You really have to work for what you want.”

He co-founded the nonprofit Coalition to Preserve Human Dignity 22 years ago to provide basic medical and dental necessities, along with clothing and food, to 3,000 homeless people living on Skid Row in Los Angeles. The event takes place each year during the Muslim holy month of Ramadan. Farukhi previously served for three years as the president of the Muslim Bar Association in Southern California and as a board member of the National Association of Muslim Lawyers.

As he establishes himself in the legal and business worlds in Orange County, he wants to grow his alma mater’s cachet as well. He’s working to create a more robust alumni network in Southern California, to connect graduates with mentors and promote the university that helped make him a success.