The Affordable Care Act (ACA) is widely known for mandating health insurance coverage. Many of us don’t know that ACA also provided a way for pharmaceutical drugs known as “biologics” to be more affordable to consumers by having a provision known as the Biologics Price Competition and Innovation Act of 2009 (BPCI Act). The BPCI Act, like the Hatch-Waxman Act, is designed to make drugs more affordable to Americans by decreasing the manufacturing costs for drug companies. The decrease in manufacturing costs was expected to result from pharmaceutical companies being able to piggy-back off the data of already available pharmaceutical drugs when developing new drugs and submitting them for FDA approval. Unfortunately, the costs to manufacture pharmaceutical drugs such as biologics have not decreased because provisions of the BPCI Act are currently being litigated, keeping production costs high. The outcome of these cases has the potential to greatly impact the availability of affordable pharmaceutical drugs for Americans.

Treatments involving biologics are very expensive due to the difficulty in producing them. Processes inherent to living cells are utilized to create biologics, which makes manufacturing biologics complicated, unpredictable and expensive. As exclusive sellers, drug manufacturers can pass on the high cost for development to consumers. If one had to use a biologic annually, the cost could be a couple hundred thousand dollars or more. Despite the high cost, biologics are still widely used. Humira is a biologic for treating rheumatoid arthritis and it has been a best-selling drug world-wide.

The BPCI Act aimed to decrease the costs of biologics by allowing follow-on drug manufacturers to piggyback off of clinical data for already established biologics such as Humira, by creating a quicker path to generic competition in the marketplace. Rather than taking thirteen years to develop a biologic, the BPCI Act allows for it to take seven to eight years and for it to cost a $100 million instead of nearly $2 billion. And while the costs for pharmaceutical companies have decreased, consumers have yet to see a decline in the price of biologics. The prices for biologics are still high because many developed under the BPCI Act are heavily litigated and the litigation costs are passed onto the consumer. For example, the pharmaceutical company Amgen had to delay releasing a biologic to treat rheumatoid arthritis because of litigation.

The BPIC Act intended to decrease litigation costs by prescribing methods for how the first drug manufacturer, known as the reference product sponsor (RPS), handles intellectual property issues with subsequent biologic makers that utilize the RPS’s process for developing a similar biologic. This process is known as the patent dance and the similar biologic is called a biosimilar. Some examples of biosimilars are Amjevita and Cyltezo, both are based on Humira and used to treat rheumatoid arthritis.

Amgen v. Sandoz leaves uncertainty in regard to biosimilar development under the BPCI Act, which joins the general uncertainty in the field of biosimilars. Many manufacturers do not want to disclose their method for making the product because that would give away confidential information that could harm their business. Thus, many makers of biosimilars do not disclose. This leads to continued litigation, as drug manufacturers are not partaking in the BPCI Act’s prescribed patent dance. Thereby, preventing the BPCI Act from achieving its goal of providing affordable biologics for consumers.

Courts will determine whether biologics become affordable for consumers, as courts will decide how the patent dance is handled under the BPCI Act. Currently, there are cases over the patent dance in the Federal Circuit, that involve the following companies: Amgen, Apotex, Genetech, Immunex and Hospira. The outcome of these cases will be important, as they will determine whether biologics will be affordable for American consumers and whether Americans will have improved health treatment options. 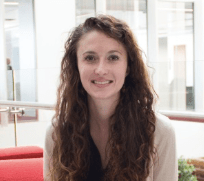 Erika Hanson is a second-year law student at S.J. Quinney College of Law at the University of Utah. Prior to law school, Erika attained a master’s degree in Cell and Molecular Biology and worked as a research scientist at a biotech startup, Stratos Genomics, in Seattle, WA. She came to law school to help scientists and other inventors protect their inventions. After completing law school, she plans to practice patent law. Outside of law school Erika enjoys all the outdoor activities Utah has to offer, especially skiing. Erika also remains an Oregon duck fan, go DUCKS! Her fellowship is sponsored by the University of Utah’s Center for Medical Innovation and she helps student inventors protect their patent rights by preparing preliminary patent filings.