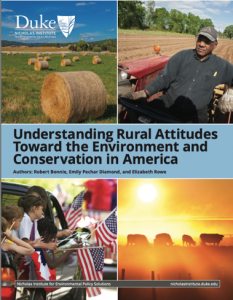 President Trump’s recent weakening of rules governing protections of wetlands and streams is the latest salvo in a four-decade battle over the Clean Water Act. Americans greatly value protecting clean water. Yet the Act remains in regulatory purgatory, with successive Democratic and Republican administrations taking turns broadening and narrowing its reach.

All this raises the questions: Is there an urban/rural divide on the environment? And, if so, where do urban and rural voters diverge?

My colleagues and I at Duke University, University of Rhode Island, University of Wyoming, Hart Research Associates and New Bridge Strategy spent the last two years trying to answer these questions. We polled over 2,000 Americans, including more than 1,400 rural voters, conducted focus groups with over 125 rural voters and interviewed dozens of rural leaders. Earlier this year, we produced a report, Understanding Rural Attitudes Toward the Environment and Conservation in America, detailing our findings.[i]

Our research strongly suggests that the urban/rural divide is real, but is not characterized by who cares more about the environment. In focus groups, rural participants spoke passionately about the importance of the outdoors, open space and clean water.  And, in polling, there is little difference between how much urban/suburban and rural voters care about the environment.

Rural voters also consistently told us that a clean environment should take precedence over economic growth. Said one Washington State farm leader: “If we don’t take care of the resources that we have, [we are] not going to be able to continue farming where [we] live.”

Look no further than the Clean Water Act to see an example of how rural voters reconcile their views on governmental oversight and the environment. We asked rural western voters about the issue that is the subject of the latest effort to rewrite the Act’s regulations. While we found rural voters generally to be very supportive of clean water, when we described the current controversy around the Act’s implementation, these voters voiced skepticism on broadening the Act’s reach. “I have mixed feelings because it could be good for water conservation; but may be bad for the development of housing and farming, which is needed in order to live. I would think that making compromises would be important,” said an Arizona rural voter. Likewise, a rural Idaho voter said, “I have concerns about the government’s ability to design a program with enough flexibility to accommodate situations already in play.” For many of these voters, it is not a contradiction to be both pro-environment and anti-environmental policy.

So, what should be done to bridge the divide? First, it will not be solved with better talking points from any of those with a stake in the environment – there is no quick fix. Building support among rural voters for policies that protect the environment will require genuine engagement between environmental advocates, governmental agencies and rural stakeholders — and not just in Washington. Rethinking environmental policy will also be important. Rural voters are more trusting of state and local government, so looking for ways to partner and empower state and local governments could be important. Creating and supporting opportunities for greater collaboration between all those with a stake in how the policy is applied could also yield significant mutual gains.

[i] The William and Flora Hewlett Foundation and the Wilburforce Foundation generously supported this work. 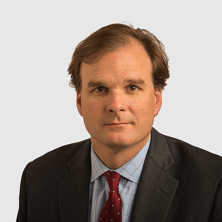 Robert Bonnie is an Executive in Residence at the Nicholas Institute for Environmental Policy Solutions at Duke University, working on conservation and environmental issues in rural America. During the Obama Administration, Robert was Under Secretary for Natural Resources and Environment at USDA from 2013 to 2017, and a senior advisor to Secretary Tom Vilsack from 2009 to 2013. Prior to joining USDA, Robert was vice president for land conservation at Environmental Defense Fund where he focused on developing incentives to reward stewardship on private lands. Robert has master’s degrees from Duke in forestry and environmental management.  He lives with his wife, Julie, and daughter, Lilly, in Loudoun County, Virginia.