I am new to Cedar City and Iron County, but it didn’t take long to understand that “Utah prairie dog” is a four-letter word to many people in this part of the state.

The Utah prairie dog, which only occurs in southwestern Utah, has been protected by the Endangered Species Act (ESA) since 1973. Because of its protected status, there are restrictions on how private property can be used where prairie dogs occur — and this has created a great deal of frustration.

Over the past 40 years, there have been several programs intended to lift the regulatory burden placed on private property owners and allow land development to proceed in Iron County. These programs have had some success. For example, there was a significant amount of development that occurred in and around Cedar City in the early 2000s. And although everyone didn’t get what they wanted, no one can deny that Cedar City and Iron County experienced a lot of growth, even in spite of prairie dogs.

Other recent examples include the construction of prairie-dog-proof fences around the Parowan Airport and the Paragonah cemetery. Despite these examples of success, an us-against-them attitude remained, with “us” being the citizens and local elected officials in Iron County and “them” being the U.S. Fish and Wildlife Service (USFWS) and the Utah Division of Wildlife Resources (DWR). 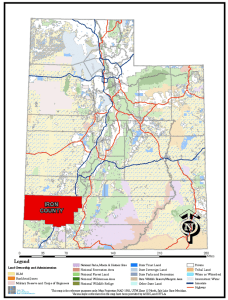 After recent efforts, I am very hopeful that this perception is beginning to change. It began on May 15, 2013 at a meeting dubbed the Iron County Prairie Dog Summit. This meeting was the brainchild of Greg Sheehan, the newly appointed director of the DWR. The DWR hosted the summit, which was attended by Iron County commissioners, local mayors, officials from the USFWS regional office in Denver and several others.

This meeting was not a love fest where everyone walked away completely satisfied, but those in attendance (on both sides of the aisle) refused to accept the status quo. By the end of the meeting, there was a general consensus that working together, we could find a way to protect and even recover prairie dogs, and at the same time better protect the rights of private property owners in Iron County.

After the meeting, many of us who attended began working to make things better, but the heavy lifting was done by Dave Miller (Iron County Commissioner) and Laura Romin (Assistant Field Supervisor for the USFWS here in Utah).

Now it needs to be said that Dave and Laura are both very passionate and have quite different points of view. In fact, my assumption a year ago was that if you put them in a room together, only one of them would make it out. That being said, Dave and Laura rolled up their sleeves and went to work, despite opposing points of view and a fair bit of mutual mistrust.

It wasn’t pretty, and Dave and I had several “back away from the ledge” phone calls, but the end result was a new Low-effect Habitat Conservation Plan for Iron County. The plan essentially removes the regulatory burden from pieces of private property that have created the most contention. At the same time, it allows prairie dog protection and recovery to continue. 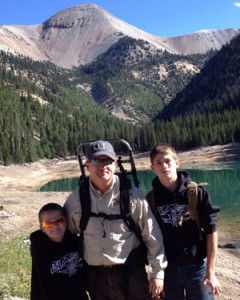 Even more importantly, there is a feeling of optimism and mutual purpose among the people involved. We still aren’t holding hands and skipping around under rainbows, but we have all learned that working together is more productive than throwing stones.

Kevin D. Bunnell was born and raised in Utah.  He calls himself an agency brat, as his dad worked for 33 years for the Utah Division of Wildlife (UDWR) and he spent a lot of time with him as a kid and always knew he wanted to be a wildlife biologist.  He has BS and MS degrees from BYU and a Ph.D from USU.  He has worked for the UDWR for 10 years in the positions of Mammals Coordinator, WIldlife Section Chief and about a year ago moved to Cedar City as the Southern Region Supervisor.