That was the old African proverb quoted by Jonathan Bartsch, Principal of Collaborative Decision Resources, on the first day of a three-day seminar about Facilitation and Mediation of Public and Environmental Conflicts put on by CDR in Boulder, Colorado, last month.

It was shortly after lunch and none of us were hungry, so we had to listen closely to figure out why Bartsch was talking about soup and chairs.

Before lunch we’d been discussing what made environmental and public conflicts different from interpersonal ones. We’d come up with a bunch of political, legal, and physical characteristics, including the fact that representatives often stand in for governmental institutions and stakeholder groups in natural resource conflicts. Discussion led to when it was best not to engage the public.

“When public safety is at risk,” piped up one participant, “and action needs to be taken right away.” She offered the catastrophic September 2013 floods right there in Boulder County as an example.

“Or for routine measures that are within the purview of an agency,” mentioned someone who worked for Colorado Parks and Wildlife. “For example, it doesn’t make sense to have a public hearing about installing an outhouse. That’s something we do all the time.”

Bartsch nodded. Even as facilitators and advocates of process, he pointed out, it’s not always necessary or a good idea to bring all parties to the table for a formal stakeholder negotiation.

But when you or a client does decide to bring them to the table, do it well. Identify potential interests: procedural, psychological and substantive. Take time in the beginning to let people know you hear the intensity of their emotions in order to create the space for productive problem solving. Practice and model effective listening. Make sure the soup, as it were, is good. Then people won’t just have to be involved, they’ll want to be involved.

Over the course of CDR’s three-day workshop we discussed numerous methods for facilitating processes that “create support, not just tolerance” and which eventually lead to decisions that are durable. Having studied alternative dispute resolution in environmental contexts for nearly half a year at this point, I was familiar with many of the principles of interest-based negotiation (see Fisher & Ury, 1981). CDR’s seminar helped me understand how these theories are applied by facilitators and mediators in the field.

This seemingly unremarkable reorientation represents a shift that is truly radical in scope. Our political and legal systems are based on diametric opposition and false binaries: plaintiff vs. defendant, democrat vs. republican, my way or the highway. In contrast, interest-based negotiation reconceptualizes presumed competitors as potential cooperators. Through collaboration, conflict becomes an opportunity for alliance-building.

What would a courtroom that handled grievances this way look like?

There is a time and place for litigation; this is also something we discussed over the course of those three days in our many-windowed, wood-floored space at Boulder’s beautiful Chautauqua State Park. A collaborative process is not always what the doctor (or the judge) ordered. But collaboration has its place, especially when it comes to environmental conflicts when there is often so much at stake and so many nuanced stakeholders, from the federal government to federally listed butterflies.

When the collaborative process works, it has the potential to help enemies build empathy and save countless dollars from being spent on litigation, which often serves to entrench positions, build animosity and disempower stakeholders. Alternative dispute resolution is a delicate process. The more I learn about it, the more I see it is a craft that takes years to master. The best facilitators make it look easy. They draw people to the table and then let them take ownership of the decision-making. And in this way, interest-based negotiation—like a good soup—leaves participants feeling nourished.

Anna Elza Brady is a graduate student in the Environmental Humanities Masters Program at the University of Utah, where she completed a course this spring on Environmental Conflict Resolution at the S. J. Quinney College of Law. In May she attended CDR’s environmental and public conflict seminar. Anna has been a writer and an advocate of collaborative decision-making, she now realizes, all her life. She blogs at www.annainplace.wordpress.com. 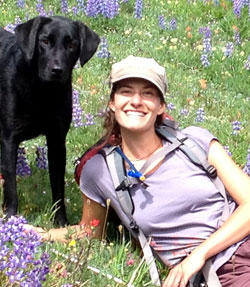