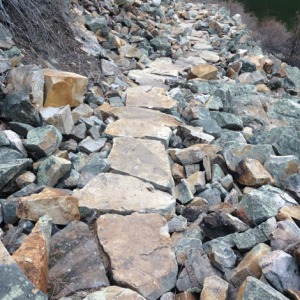 Part one of our blog series explored how emerging Indigenous studies ethics literature is helpful in framing normative judgements regarding effective consultation and how consent relates to partnership, kinship, and mediation. While consent and veto have been debated regarding Indigenous rights and international law, our view as scholars is to begin with the strongest moral foundations of consent, which includes Tribal self-determination in response to actions that affect their members’ lives, lands, cultures, and freedoms. To elaborate this concept of consent, we look at two examples reflecting ineffective consultation and effective consultation: the Dakota Access pipeline controversy and the Northwest Forest Plan.

The Dakota Access Pipeline controversy demonstrates how ineffective consultation can lead to unfortunate consequences. In 2016, Indigenous peoples and allies gathered in historic proportions near the Standing Rock Sioux Reservation in North Dakota to protect the water and cultural heritage from the Dakota Access Pipeline. How did matters get to this point? Among other factors, the Standing Rock Sioux Tribe was not adequately included in consultations leading to the pipeline approval (along with making other legal arguments). It appeared that tribes were treated like any other party throughout the consultation process rather than a governmental entity with special consultation requirements. Although the proposed pipeline does not cross existing tribal lands, it comes within a half of a mile and would threaten Lake Oahe, and potentially the Missouri River, which are sources of water vital to the Tribe’s survival.

Because of these concerns, Tribes filed an initial complaint requesting an emergency injunction, arguing, in relevant part, that the federal government failed to participate in effective consultation. The U.S. District Court for the District of Columbia denied the Tribe’s motion for preliminary injunction, finding that the Corps complied with NHPA and the Tribe failed to demonstrate irreparable harm.  The Tribes appealed this decision, and, although the circuit court seemed sympathetic to the Tribes, the circuit court affirmed the district court decision.

All was not lost for the Tribes, however. In addition to the emergency injunction action based in part on the NHPA, in July of 2016, the Tribe (and later the Cheyenne River Sioux Tribe intervened) brought a claim based on the National Environmental Policy Act (NEPA) alleging that the Environmental Assessment prepared for the pipeline did not comply with NEPA. Although the district court rejected the majority of the Tribes’ arguments related to NEPA, the court did agree that the Corps “did not adequately consider the impacts of an oil spill on fishing rights, hunting rights, or environmental justice, or the degree to which the pipeline’s effects are likely to be highly controversial.”

After much back and forth between the parties as to the appropriate remedy, ultimately, on July 6, 2020, the district court held that the Dakota Access Pipeline should be shut down within 30 days of the court’s decision.  On July 14, 2020, the U.S. Court of Appeals for the District of Columbia Circuit issued an administrative stay of the lower court’s decision pending emergency review by the circuit court.

Not all examples of tribal-federal consultation, however, are negative. For example, the importance of the government-to-government relationship is emphasized in the 1994 Northwest Forest Plan. The plan addresses management of federal forest land in the Pacific Northwest within the range of the northern spotted owl. The Record of Decision for the Northwest Forest Plan (“NWFP”) recognizes that the implementation of the NWFP may affect tribal treaty rights and trust resources as restrictions under the NWFP may limit access to tribal cultural resources, and calls for consultation on a government-to-government basis with tribal governments when treaty-protected lands or trust resources may be affected.

Agencies managing federal land within the NWFP region are required to monitor the effects of implementation and evaluate the conditions and trends of trust resources identified in treaties with tribes, as well as protections for, access to, and use of forest species, resources, and places that are in religious and cultural heritage sites. The most recent of Tribal Monitoring Reports have followed a protocol developed by the NWFP Tribal Monitoring Advisory Group to examine consultation processes, the effect of the NWFP on tribal values of interest (including cultural, social, and economic resources), and strategies to strengthen federal-tribal relations.

Findings from the reports highlight the need for more effective consultation to move agency practices from merely notifying tribes of proposed actions, but rather engage tribes in working with federal agencies to develop strategies that would meet tribal cultural resource management objectives. Recommendations to strengthen consultation and improve the compatibility of federal-tribal forest management focus on increasing agency accountability for meeting the federal trust responsibility through staff education and training, development of formal agreements for consultation and government-to-government interactions, and ensuring that agency and tribal leadership understand and come to a consensual agreement about consultation policies and practices. This would increase opportunities for tribal leadership in land management decisions and leverage opportunities for funding and resources to support tribal natural resource departments.

The NWFP demonstrates the principles for effective consultation articulated in the ethics literature we have considered. This is because the ideal of consent, as a moral norm, suggests a relationship between the U.S., tribes, and other parties that establishes partnership processes as mechanisms to help achieve more effective consultation.

Based on this background, we recommend seven principles for tribal consultation that, if followed, will likely lead to the type of effective consultation seen in the NWFP example, as opposed the ineffective method demonstrated in the Dakota Access Pipeline example. We recommend the following as they pertain to climate change and energy development, which our article explores more in depth:

We are very hopeful that these strategies will prove helpful in developing meaningful and constructive consultation moving forward. 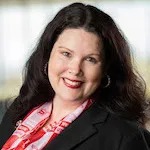 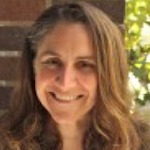 Kathy Lynn is a faculty researcher in the University of Oregon’s Environmental Studies Program and coordinator of the Pacific Northwest Tribal Climate Change Project. 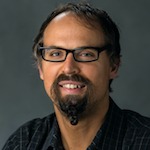