By Palma Strand for EDRblog.org

On November 6, 2015, President Obama endorsed a decision by the U.S. State Department that the Keystone XL Pipeline – “a pipeline that would carry Canadian crude oil through our heartland to ports in the Gulf of Mexico and out into the world market” – would not serve the national interest.

The dispute over the Keystone XL pipeline played out at the highest political levels:

A 2013 New Yorker article featured billionaire philanthropist Tom Steyer’s efforts to make the pipeline a cause célèbre and to move the President toward decisive action on climate change.

And the dispute was partisan and fractious:

After the President vetoed legislation from the Republican-controlled Congress to force him to make an up-or-down decision on the Pipeline, then-Speaker of the House John Boehner called the veto “a national embarrassment.”

To be notified when new EDR blog articles are posted, please sign up for our listserv here.

As energy expert Daniel Yergin observed, the Keystone XL is “probably the most famous pipeline in the history of the world, and it hasn’t even been built.”

There is another Keystone XL story.

This story is set in Nebraska – in the “heartland.”

It starts in 2008 and 2009 with energy company TransCanada seeking to build a pipeline from Canada to the Gulf of Mexico that would cross Nebraska from north to south in the middle of the state.  TransCanada representatives approached individual ranchers and other landowners, seeking rights for the pipeline to cross their land. Most landowners fell in line, but the TransCanada hardball response to those who refused “left a deep resentment across the state.”

The story continues with Omaha philanthropist Dick Holland supporting Jane Kleeb, a resident of the small town of Hastings (where Kool-Aid was invented), and Bold Nebraska, an organization with a big-tent mission:

“Go to any large city or small town in Nebraska and you hear many voices — we are progressive, moderate, populist, independent and everything in between — and yet the majority of politicians who represent us are on the far-right which means the issues we care about are governed by one voice. We need many voices.”

In this story, progressive organizer Jane Kleeb connects with conservative rancher Randy Thompson, who becomes the symbol of facing off against big corporate oil interests: “I Stand With Randy” starts appearing on T-shirts and yard signs.

As the story continues, the Cowboy Indian Alliance converges on Washington DC for a “Reject and Protect” protest against the pipeline and co-sponsors a “Harvest the Hope” concert featuring Willie Nelson and Neil Young on a farm on the proposed pipeline route through Neligh, Nebraska.

This story focuses on Nebraskans connecting to each other, across some of the many lines that divide people, to defeat the “black snake” (an Indian description of the pipeline).

The theme of this lesser-known Keystone XL story is something called “Civity” – people discovering that even though they are different, they are also joined together. Any big messy wicked problem that engages lots of people has the potential for both enabling progress on the problem that brought them together – and for forging the relationships that make progress on other challenges more possible.

Civity recognizes the importance of these relationships – and of nurturing them – going forward.  In a Civity mindset, the end of any story is the beginning of the next one.

As Cyril Scott, President of the Rosebud Lakota Tribe, said: “If one good thing came of the pipeline threat, it’s that we have united as warriors for the earth and all our children. My people are warriors. This land belongs to no one. We are caretakers. I stand with the farmers, who are caretakers now, to protect this sacred land for all our children.” 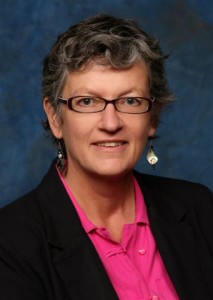 In a Civity mindset, the end of any story is the beginning of the next one.

Palma Strand is a Professor of Law at the Creighton School of Law and the Werner Institute for Negotiation and Conflict Resolution in Omaha, Nebraska. She has served as Chair of the University Network for Collaborative Governance, and she is Co-Founder and Research Director of Civity.