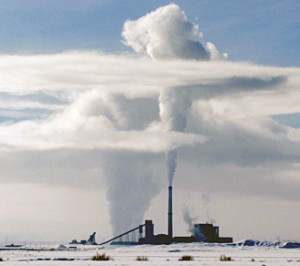 Late last month, EPA proposed a new national ozone air quality standard that would reduce the permissible ambient ozone concentration by five to ten parts per billion (from 75 ppb to the range of 65–70 ppb). The recent proposal is actually the second time EPA has moved towards such a change—President Obama withdrew a similar rule in 2011 in the face of economic concerns. A withdrawal won’t happen a second time, and, when the rule goes final, it will have a major impact on oil and gas development in one of the most unlikely places—Utah’s Uintah Basin.

How that’s so is a complicated tale of geography, chemistry, and industry. The focal point is northeastern Utah, sparsely populated but resource rich. Sparse population used to mean no ozone problem—there’s good reason why mention of “ozone” conjures images of a smoggy Los Angeles freeway in the summer, not high desert plateaus. In 2009 however, ozone stereotypes began to change when air quality monitors detected elevated wintertime ozone concentrations in the Basin, pretty much the last place anyone would have bothered to look.

The accidental discovery (the monitors were looking for particulate pollution, not ozone) shocked most everyone, even though a slightly earlier discovery in Wyoming made the Basin discovery not-quite-unique. Until then, ground-level ozone (smog) was supposed to only be an urban summer problem, not a rural winter one. However, the Basin’s unique geography provides a bowl in which volatile organic compounds from the oil industry mix with nitrous oxides from combustion, all held near the ground by intense winter inversions. The combination is toxic; the two precursors form ozone in concentrations that are, at times, almost double the national standard. Several winters of research and millions of dollars after the discovery, regulators and concerned citizens know enough about the ozone problem to tackle it. It’s time to work towards a solution.

Solutions aren’t always easy though. Parties interested in the Basin’s economy and health, from county commissioners, to local citizens, to extractive industries, face a common problem but all have different concerns. On one hand, ozone presents a major threat to human health, causing as many as 10,000 premature deaths per year in the U.S. On the other hand, the Basin’s economy is highly-dependent on extractive industries and associated jobs. Further, current regulations and ozone solutions are structured around the “old” ozone problems seen in urban industrialized centers. Tackling this new twist will require collaboration and creativity because this is a problem of first impression. There is a window of opportunity to solve the issue at the local level now, before the new EPA ozone rule kicks in and changes the playing field.

That opportunity exists because EPA has not yet designated the Basin as “nonattainment,” which is the designation that triggers stringent state air-quality regulation. (To a certain extent, the Basin is lucky it is not already so designated; in 2010, ozone concentrations exceeded the current federal limits a total of sixty-eight times.) When the new rule takes effect, the historical number of ozone exceedances will almost certainly require a nonattainment designation. In the meantime, progress should be possible because every stakeholder’s baseline interest—the common ground—is avoiding the nonattainment designation in the first place. Indeed, progress is probably only possible through a concerted effort at coalition building and collaboration; the problem is too complex to proceed unilaterally or even bilaterally. 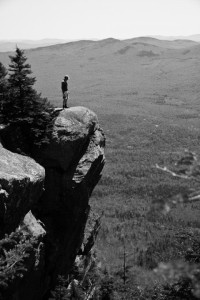 Fortunately, an upcoming symposium titled “Air Quality: Health, Energy, and Economics,” presented by the Wallace Stegner Center for Land, Resources, and the Environment at the University of Utah College of Law, is poised to offer critical insight and guidance on the ozone issue. Uintah Basin stakeholders should take advantage because they have one last best chance to forge collaborative relationships and get out in front of the new EPA rule by taking ozone action before nonattainment hits. Failure to do so will place an onerous burden on the extractive industries and the Basin’s economy, both of which can adapt. Failure will also jeopardize public health, which can’t.

John Robinson Jr. practices natural resources law in Salt Lake City. He revels in the red rocks and the blue ocean with nearly equal measure. His previous work on the rural ozone problem includes a full conflict assessment (executive summary and full text), and an analysis of the legal shortcomings of the Clean Air Act as applied to rural ozone.