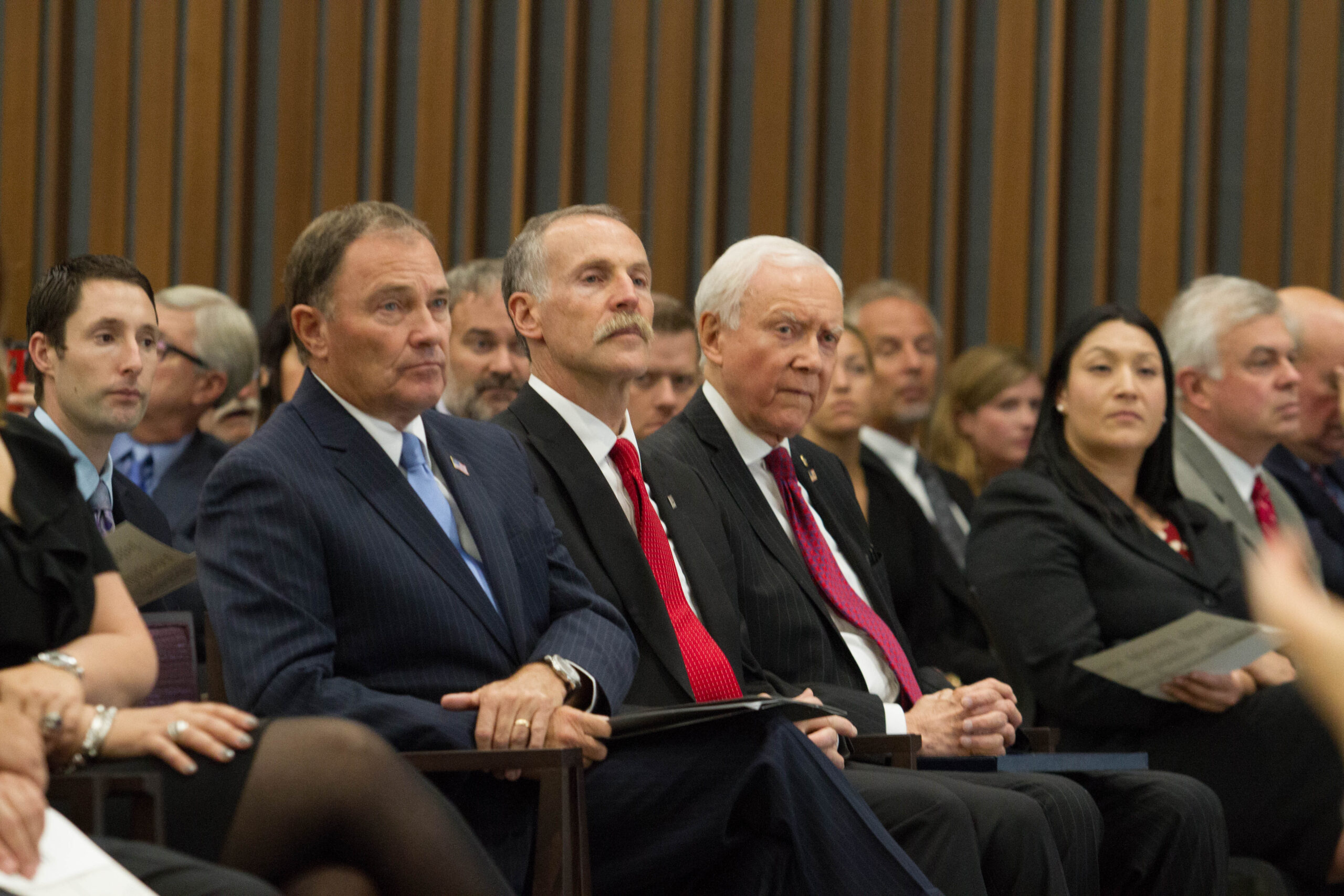 The S.J. Quinney College of Law is saddened by the passing of U.S. Senator Orrin Hatch, who was a friend and supporter of the college and its community. As a lawyer himself, Hatch leaves behind a rich legacy both in the legal profession and as an unflagging champion of the people of Utah. His service to the state was monumental, and he will be tremendously missed.

The college was honored to host Hatch as a distinguished guest and speaker at the grand opening ceremony for Utah Law’s new building in 2016 (pictured above), speaking alongside Utah Governor Gary Herbert and S.J. Quinney College of Law Dean Robert Adler (both also pictured).

The college remembers Senator Hatch and celebrates his lifetime of service and accomplishments.