By Kathleen Bond for EDR Blog.org. 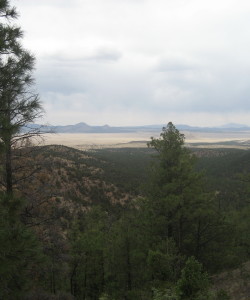 What’s the key to involving stakeholders in the plan revision process? Be adaptive, flexible, and strive to provide a meaningful, substantive experience for both the Forest and participants.
The Cibola National Forest (Forest) New Mexico is one of eight national forests selected to be an early adopter of the new National Forest System Planning Rule (Rule) which was completed in 2012, a designation not taken lightly. Beginning in summer 2012, the Forest’s leadership and planning team initiated the process to revise its 1985 Forest Plan.

Plan revision consists of three major phases:  assessment, plan revision, and monitoring, all to be accomplished in a streamlined 4-5 year period on the Forest’s four mountain districts: Sandia, Mountainair, Magdalena and Mt. Taylor.

So, from a contractor’s point of view, here’s a rather simple formula for implementing the new Rule:

A time-challenged, innovative, collaboratively-produced forest plan which is broadly supported, and, thus, implementable.

As with many things, the devil’s in the details.

The Forest’s revision process is designed to involve all interested stakeholders, 17 affected tribes, and historic Spanish land grants in a 10-county area. The Rule emphasizes outreach to youth, minority populations and tribes. Each of the four districts differs not only in geography, but also in resources, concerns and interests. For example, the Sandia District sees increasing recreational use from the adjacent 1-million-plus urban population of the greater metropolitan Albuquerque, NM area as its primary issue. On the other side of the coin, the Magdalena District in the southwest part of New Mexico has an Old West feel to it; fourth-generation ranchers are challenged with the continuing drought and its effect on public land grazing permits.

One size of a collaborative design does not fit all.

What’s changed since 1985, the effective date of the current Cibola National Forest land and resource management plan? A lot.

As a contractor/facilitator for plan revision, I usually ask workshop/meeting participants what changes they’ve seen on the Forest since 1985. (Truth be told, some participants–and Forest staff–weren’t on this earth in 1985.) Motorized travel, increased recreational pressure, and drought are just three of the responses offered by participants in the assessment phase 2012-2014. And, that isn’t even to mention the advent of technology (did email even exist in 1985?).

While technology (e.g. web-based collaborative mapping, virtual meetings, webinars,and email to name a few) is used to encourage participation by the broader interested public, sometimes there’s no substitute for the face-to-face interaction of a workshop or meeting. 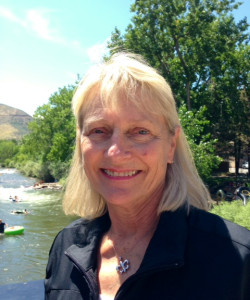 The need to maximize opportunities was not lost on the Forest’s planning team: a workshop to develop Needs for Change statements was scheduled for the second Tuesday of July 2014.
Collaboration in the Forest’s plan revision effort is proving to be equal parts art and science, a balancing act familiar to professional facilitators everywhere.

Kathleen Bond is a professional facilitator/mediator with a focus on environmental conflict resolution. She is President of KTB Decision Resources, Inc. and is based in southwest Colorado.