Earlier this month, I attended an MIT campus-wide debate. Watching the event play out, I was struck by the strengths and weaknesses of a debate approach to tackling tricky social issues. On one hand, debates encourage involved parties to arm themselves with facts and statistics and carefully think through the arguments they will make to reinforce their position. On the other hand, debates entirely discourage people from working together to problem solve.

The “Should MIT Divest?” debate was one of many such debates going on at campuses throughout the United States about the controversial subject of whether universities and colleges should divest from fossil fuels. While ostensibly about economics and financial interests, this decision fundamentally concerns ethics. It touches on theories of social change. It involves questions of principle. In other words, it’s complicated and there is no easy answer. There is no clear right or wrong decision.

According to the moderator of the debate, the goal of the discussion, which was part of an ongoing MIT Conversation on Climate Change initiative, was to “learn and to understand both sides of a complex decision.”

I can’t help but think: if learning and understanding are the goal, is debate the best format for having this conversation?

As the moderator’s emphasis on “both sides of the decision” implies, the event – as any good debate should – pitted the “pro-divestment” folks against the “anti-divestment” folks, with each team trying to make the strongest arguments possible for their position and against the other side. In such a situation, participants are pushed to really do their research and carefully prepare for the conversation at hand. Such preparation is enormously valuable, as good information has an important role to play in helping people work through complicated issues.

However, debates, by virtue of their adversarial format, also dissuade involved parties, particularly those with different perspectives, from learning from each other. They dis-incentivize participants from recognizing each other’s important and valuable contributions. Instead, they inspire polarization and one-sidedness. They reward argumentation rather than productive discourse. They leave value on the table unclaimed because people are so busy defending their positions (as they are supposed to) that they don’t look for opportunities to address each other’s concerns and to create mutual gains.

The experience made me think about the fact that debate – i.e., a discussion in which opposing arguments are put forward – can be a provocative forum for getting people thinking about important issues. Additionally, a debate about tough issues is much better than no conversation at all about tough issues.

However, when issues are complicated and many people and interests are involved, what we really need is a frank, productive, and civil discussion of the issue at hand. We need to recognize our common concerns and productively work through our different interests and perspectives on the issue. We need to not only illuminate pros and cons, but to discuss and make sense of them. We need to move beyond positions to instead explore and create new options. For example, rather than divestment being all or nothing, MIT could consider divesting in a staged, contingent, or selective manner. These kinds of options cannot be explored when people are solely focused on defending their pre-existing positions on an issue.

This process of productive, civil discussion is what we call dialogue. Dialogue involves truly listening to other people’s perspectives and concerns, and openly sharing one’s own. It requires seeing beyond positions on an issue to consider the important points and considerations raised by others. When people effectively engage in dialogue, they can come to more fully understand the many facets of a tricky issue. They can also work together to imagine new options and approaches and to creatively and collaboratively problem solve.

As I watched the MIT divestment debate play out and the sides defending their positions, pushing toward polarization rather than collaborative problem solving, I couldn’t help but think: what would this conversation have looked like in the form of a dialogue? Would the very intelligent and thoughtful people up on the stage have been able to illuminate the many important benefits and challenges associated with MIT’s divesting from fossil fuels, to effectively work through these considerations, and to generate some realistic and workable solutions the university could consider?

I also could not help but wonder: what effect did watching the debate have on the people in attendance (most of whom were students)? Debates model polarization and defending positions. They definitely do not model people learning from each other, working across interests, creating mutual gains, and collectively problem solving. I imagine that, for most people, watching a debate only reinforces their pre-existing assumptions and positions, rather than helping them question their perspectives and really engage with other important considerations.

Is this the approach we want to model? Is this the culture we want to create – one that prioritizes trying to prove oneself right (or at least prove the other side wrong) over working together to address the challenging issues at hand?

The MIT Divestment debate no doubt provided a provocative and thought-provoking addition to the MIT Conversation on Climate Change. And, again, a debate about a tough issue is better than no conversation at all about a tough issue. However, as universities and colleges think about whether to divest and other such tough issues, they may also want to think seriously about the culture they are encouraging in the process.

Perhaps rather than reinforcing a culture of debate, universities and other educational institutions can cultivate a culture of dialogue? Perhaps they can train a new generation of students who are prepared to work together to make progress on our toughest contemporary issues rather than being focused on defending positions?

If nothing else, this is a topic worthy of a civil, productive conversation – for a dialogue, not a debate. 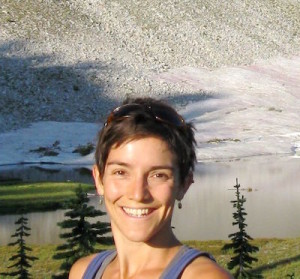 Danya Lee Rumore is a doctoral candidate in Environmental Policy and Planning at the Massachusetts Institute of Technology (MIT), where she is also the Assistant Director of the MIT Science Impact Collaborative and the Project Manager for the New England Climate Adaptation Project. Her research and work focus on stakeholder engagement and collaborative decision-making in the context of science-intensive environmental issues. Danya will be joining the Wallace Stegner Center as the Associate Director of the EDR Program in July.