This post originally appeared on Consensus Building Institute’s blog on October 5, 2020. We are reposting it with Merrick Hoben’s permission.

If the scale of this year’s global health crisis, economic turbulence, social justice uprisings, and climate extremes indicates anything, it’s that there’s an undeniable need to move not just our hearts into a deeper understanding, but also our full selves into the work of greater change. As a dispute resolution practitioner of 20 plus years, I’m called upon now, more than ever, to create spaces where meaningful and necessary dialogue can occur.

Setting the stage for this kind of interaction, however, can be daunting. It requires a great deal of experimentation, trial, and error. Indeed, cultivating these spaces involves thoughtfully crafting engagements that allow participants with different – and often opposing – perspectives, beliefs, and values to take a step back, recognize each other’s inherent humanity, and deeply listen and respond to each other. In other words, such efforts must center on dignity first – which requires our full presence and a substantial amount of time.

AARC as Dignity in Dialogue
Over the last several years, with the help of my colleagues1, I have refined a frame of reference (or lens) that has helped me design multi-party processes centered on dignity more effectively. I call this the AARC of dignified dialogue – comprised of Acknowledgement, Agency, Reciprocity, and Clarity. This framework evolved in my practice as I encountered more and more conflicts that were being fueled by deep differences in identity and lived experience, as well as histories of power imbalances and discrimination. The following four litmus questions help me enhance design and gauge potential for “dignity in dialogue.” They don’t solve all the structural imbalances and challenges that might be present2, yet – when given sufficient attention – they open up the possibility of more transformative, problem-solving conversations.

My Journey to AARC
My professional history sheds some light on how these questions have come to be central to my work. As a student, way back when, I was heading down a technical route for addressing environmental issues. Early in my career, I took jobs in both the United States and Central America that involved solving complex resource disputes – and I quickly realized that the design of conversations was as important as the data that underpinned them. As I launched my career at CBI, I poured myself into grasping interest-based negotiation and facilitation approaches to help parties clarify their concerns, explore options, make considered trade-offs amid priorities, and reach agreements. But as my practice grew, and the complexity of the problems I faced expanded, I felt stumped – especially in situations with histories of shared trauma, wide gulfs in peoples’ lived experience, and basic needs at stake.

Whether it was meeting with Niger Delta village leaders struggling to deal with the impacts of oil and gas extraction and a dysfunctional national government, talking with Honduran campesinos and companies that had experienced violent encounters over palm oil production land conflict, or engaging post-civil war revolutionaries, local government, and business in rural Colombia – the negotiation tools and techniques of my training were simply not enough. People had suffered significant losses, and their basic humanity felt threatened by distant powers, who were sometimes indifferent to them. There were more than interests at stake – their lives, values, and communities, as well personal and professional identities, were on the line.

Grounding in Acknowledgement
For me, the first step before any dialogue is to ground ourselves in stakeholder acknowledgement. First and foremost, it means giving legitimacy to the needs and experiences of stakeholders – that is to say, a sense of witness. This is a well-traveled foundational pillar in mediation, negotiation, and facilitation that sometimes reads as effortless in the textbooks, when it is anything but. Rather, it is a cultivated skill that often develops in depth in conjunction with one’s experience with adversity. In this sense, our aim as facilitators is not just to empathize, but rather to provide the space and structure for “active” listening and deep acknowledgement to occur, and in turn for each participant to be heard and acknowledged by us as well as other stakeholders.

When working in Honduras and Guatemala on palm oil disputes, for example, the very act of meeting community stakeholders on their terms, and in their own homes sent a signal about my intention to acknowledge their realities. No one else had visited them on their terms prior to my arrival. My aim was to show curiosity and appreciation for their lived experience, even if I could not share it. The subtle thread here is the expression of genuine empathy that in turn empowers a mediator / facilitator to “boundary walk” between experiences – and thus translate these experiences to others as a set of issues that are both deeply emotional and substantive, offering the building blocks to dignified dialogue.

Augmenting Agency
Next, I believe it is essential for parties to feel and experience agency. Agency is crucial for engaged participation in a dialogue. Participants must feel that they not only have an interest in being there but a meaningful sense of influence, control, and ownership over the process at hand. Deliberative practitioners demonstrate the importance of providing agency and ownership to participants in various ways, from Mike Hughes, who gives full control of the dialogue process to participants with his “four chairs” structure (Forester & Weiser, 1995), to Bill Diepeveen, who reassures participants that they have complete control of the process with the agency to walk out at any time (Forester, 2005).

In my work, I seek to provide a sense of agency in various ways by encouraging participants to engage in, take responsibility for, and co-create the process itself. In Nigeria, we set out to design our issues assessment and joint fact-finding with community and company stakeholders – helping them become the drivers of data collection and joint analysis. By framing it as a Participatory Stakeholder Evaluation, we leveraged their sense of ownership over design, findings, and outcomes. As it turns out, this principle of agency can be extended to even the smallest details of seemingly minor interactions as well. For example, in today’s pandemic-driven virtual world, at the start of a stakeholder talk or presentation, I often seek to ensure agency by asking online participants: “What’s one thing you’ll need from the conversation we’re about to have?” I then instruct them to put their comments in the chat box and let them ponder the responses for a minute. Participant input, in turn, becomes an act of co-shaping what’s to come, rather than just receiving it.

Building Reciprocity
But acknowledgement and agency can only take people so far. Reciprocity, or a sense of constructive back-and-forth, moves beyond acknowledgement into the realm of engagement, as well as the delicate path of trust-building. In a climate change dialogue with The World Wildlife Fund earlier this year, under the duress of the growing pandemic, we converted an in-person meeting (originally planned to be held in Buenos Aires) into a sequenced, multi-week series of online discussions about how to build stronger alliances at the city level to meet climate change and carbon reduction ambitions. The key to success was crafting interactive exercises that gave diverse stakeholders the actual experience of visioning new options on climate issues of joint concern. As it turns out, that reciprocal dynamic can create a fly-wheel of momentum for challenging conversations that build on one another, and strengthen confidence in the outcome and commitment to the path ahead. Similarly, in conversations in northern Colombia with communities, mining executives, and local government, I experimented with generating reciprocal engagement by creating a documentary film about making a local traditional soup (called “sancocho”), in which the shared recounting and exchange of family recipes among community, corporate, and government stakeholders generated shared ingredients for further connection as well as a common “spoon” for dipping into the difficult and painful human rights concerns at the core of the dispute.

Ensuring Clarity
Clarity (of path) is the fourth essential element to raising up dignity. Whether as part of a single meeting or an entire process, a well-designed dialogue path builds on a clear narrative, sets expectations, and outlines the journey ahead. This is important because we human beings seek certainty and coherence about what’s coming next and feel disoriented when we don’t get it. “Why are we having this conversation? Where is it going? I don’t understand why we had that presentation! When is my chance to speak?” These are all expressions of incoherence that occur when clarity around the process is missing.

Said differently, I see one of my roles as helping people understand the story that they are trying to participate in, contribute to, or complete. The key, therefore, is asking ourselves, as facilitators, what that narrative arc is and how to best express it. Like a story, every engagement has a series of questions that launch conversation, followed by subsequent steps and tension points, and ideally, if done well, some conclusion or moment of connection that helps participants move forward. So, on a daily basis, I help people figure out their collective story as part of multi-actor engagements and conversations. In this sense, well-designed agendas become a roadmap for robust stories with meaningful conclusions.

In sum, I have come to learn that negotiation among individuals and organizations to solve problems and reach resolutions must occur in spaces that recognize, nurture, and value the dignity and humanity of each participant. From extreme contexts to seemingly simpler situations the AARC adage applies. By radically listening and acknowledging, leveraging shared agency, cultivating reciprocal and constructive interactions, and ensuring clarity of path, practitioners can augment the potential and promise of transformative dialogue.

Watch the Conversation
CBI invited fellow practitioners, colleagues, and stakeholders to join a webinar conversation about the AARC approach, and its potential applications to their work. Watch the recording below! https://www.youtube.com/watch?v=dhkFAQNgUek&feature=emb_logo

Images
Click here to view images of some of the projects and work that informed the piece.

Notes
1 This article builds, with gratitude, on a long-form interview conducted this spring with Cornell Masters Student, Frieda Kay, for Professor John Forester; as well as seminal writing of Professors Larry Susskind and Donna Hicks who have influenced my thinking on the intersection of effective multi-stakeholder engagement and the role of dignity.

2 Transformational dialogue is one path toward creating meaningful change and addressing structural unfairness. Other methods can play a key role as well, such as activism, mobilizing, and advocacy. 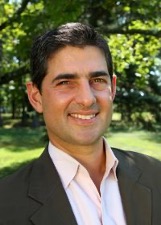