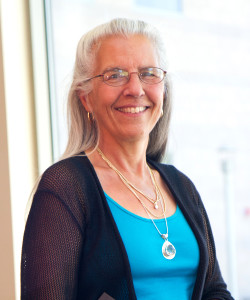 First posted on LawProfBlog, January 19, 2015 – In a pair of recent decisions, the U.S. District Court for the District of Columbia has struck down Department of Labor (DOL) regulations designed to provide wage protections for home care workers.  Challenging the regulations were the Home Care Association of America and the National Association for Home Care & Hospice.  The first decision, issued December 22, 2014, rejected the DOL’s decision to remove an exemption for third-party employers of home care workers from Fair Labor Standards Act (FLSA) minimum wage and overtime requirements.   Removal of the exemption would have required home care agencies to pay minimum wages to employees who provide domestic companionship services to seniors and individuals with disabilities and to pay overtime wages to live-in domestic service employees.  Home Care Association of America v. Weil, 2014 WL 7272406 (D.D.C. 2014).  The second decision rejected the DOL’s narrowing of the definition of “companionship services.”  Home Care Association of America v. Weil, 2015 WL 181712 (D.D.C. 2015)

The FLSA exemption in question had been in effect for over 40 years.  The plaintiffs argued that the changes are inconsistent with the statutory language of the FLSA and with Congress’s intent.  The FLSA provisions in question date from the 1974 amendments extending minimum wage and overtime protection to domestic service employees.  The extension included exemptions for specified types of domestic service work, including “any employee employed in domestic service employment to provide companionship services for individuals who (because of age or infirmity) are unable to care for themselves (as such terms are defined and delimited by regulations of the Secretary).” 29 U.S.C. § 213(a)(15).  The 1974 amendment to the FLSA also included an exemption from overtime pay requirements for “any employee who is employed in domestic service in a household and who resides in such household.” 29 U.S.C. § 213(b)(21) The original regulations had extended the companionship services exemption to third-party employers of these workers, such as home health agencies.  It had also defined companionship services broadly.  Notably, this implementing regulation actually made the situation worse for companionship services workers employed by large home health agencies:  these workers had been covered by a different section of the FLSA before the 1974 amendment bringing domestic service workers within the scope of the statute.

In a 2007 decision, the Supreme Court upheld the regulation granting the exception as valid rulemaking, Long Island Care at Home, Ltd. v. Coke, 551 U.S. 158 (2007).  The Court’s decision reasoned that the exemption was within the scope of discretion granted to the agency by the statute and thus entitled to deference; it did not hold that the statutory language compelled the interpretation.  Indeed, the Court stated explicitly “the text of the FLSA does not answer the third-party-employment question,” 551 U.S. at 168. Efforts in Congress to amend the FLSA in response were unavailing.

In the opinion regarding the third party exception, the district court applied Chevron deference, asking first whether Congress has spoken explicitly on the matter, then whether Congress has delegated authority to the agency and whether the agency interpretation is reasonable.  The opinion concedes the point in Coke that the statute does not explicitly require including employees of third parties within the companionship exemption.  But it construes the authority delegated to the DOL solely as defining the statutory terms, not as what it characterizes as broader authority to distinguish between workers paid by those they serve and workers paid by agencies to serve their clients.  And the district court read Congress as intending to exempt all companionship workers, however paid, as a way of making it affordable for people needing care to stay in their homes.  It bolstered this reading with the observation that Congress had had many opportunities to amend the FLSA and had expressly failed to do so after Coke.

The second case challenged the DOL definition of “companionship services.” The earlier regulations had defined companionship services to “provide fellowship, care, and protection for a person who, because of advanced age or physical or mental infirmity, cannot care for his or her own needs.”  It had also stated that these services could include household work related to the person needing services but not services requiring nursing or other training.  The new rule narrowed the definition to “the provision of fellowship and protection for an elderly person or person with an illness, injury, or disability who requires assistance in caring for himself or herself.” On this definition, any care services such as assistance with activities of daily living had to be in conjunction with the provision of fellowship and protection.  According to the trade associations challenging the regulation, this narrowed definition effectively writes care out of the statute and, not incidentally, would exclude the majority of the services they provide.  Thus even with the third party exception these agencies would be required to pay minimum wage and overtime to many more of their workers than before.

Once again, the district court applied Chevron deference.  But here a definition was at issue and under the reasoning in the first case Congress had delegated such definitional authority to the DOL.  However, in the view of the court, the revised regulation failed the first step of Chevron deference, whether Congress had spoken explicitly on the issue.  The court thought that Congress had, writing statutory language that required the definition to “include, in a meaningful way, the provision of care.”  To reach this conclusion, the court relies on the statutory language that companionship services are provided to individuals who cannot care for themselves.  The DOL in defending the narrowed definition had emphasized analogies drawn by Congress between companionship workers and babysitters but the court turns this on its head by arguing that babysitter duties may extend far beyond companionship.  Certainly, babysitters provide assistance with activities of daily living for young children, but the new regulations do not preclude companionship services workers from including such activities of care.  They only require that the activities of care be in conjunction with the provision of fellowship and protection.  In other words, home health workers needed only for cooking and bathing would not come within the exception, but home health workers providing assistance with activities of daily living attendant on fellowship or protection would.  Arguably, this seems entirely consistent with the statutory language: the exemption is for workers providing companionship services to a class of individuals, those who cannot care for themselves.  This characterization of the class does not require that the exempt services include care, when the statutory language crafts an exemption for companionship rather than for care.

To be sure, the new DOL regulations would increase costs for home health agencies.  But shouldn’t these essential employees be paid at least a minimum—if not a living—wage?  And wouldn’t it be better in the long run for service recipients if the workers with whom they deal were treated fairly?