This post originally appeared on Consensus Building Institute’s blog on May 22, 2018. We are reposting it with Douglas Thompson’s permission.

A woman tearfully recounts her battle with breast cancer, attributing its cause to the nearby Superfund site. “Don’t tell me the toxic pollution wasn’t the cause. No one else in my family has had cancer and only I live next to such a mess.” Two parties produce well-qualified technical experts, each equipped with reams of data, who dispute the likelihood of the negative effects of a power plant’s increased temperature in discharge to aquatic life. In yet another dispute, one side, after reviewing its alternatives and assessing the costs of continued conflict, reluctantly decides to offer significant concessions as part of a new settlement proposal. The other side regards the olive branch as a Trojan horse: some trickery must be involved!

What do each of the above situations have in common? Likely, all-too-human cognitive biases. A cognitive bias is a mistake in reasoning, evaluating, or another cognitive process that often occurs as a result of sticking to one’s preferences regardless of contrary information. Such biases can be beneficial in daily living because they are efficient, allowing inferences to be drawn and actions to be taken quickly. But, as we mediators know, in situations involving uncertainty, complexity, and conflict – the waters in which mediators swim every day – these mental shortcuts often lead individuals and groups astray, resulting in incomplete, inaccurate, or illogical judgments.

Mediators and facilitators encounter these and other similar dynamics on a daily basis. A few biases, of the many that arise commonly in conflict situations, include:

What is a mediator to do? Mediators employ a standard set of skills and techniques to assist conflicting parties: listening deeply, surfacing interests, reframing, empathizing, summarizing in ways that integrate different perspectives and encourage forward-looking thinking, to name some. While these fundamental tools can at times help mitigate the effects of cognitive bias, they often seem inadequate in complex, contentious situations. These situations call for first identifying what cognitive biases may be affecting a conflict and then looking for creative application of our existing techniques and approaches or, perhaps, the invention of new strategies to address them.

For example, in situations where parties seem to focus on or interpret information differently (possible confirmation bias), a joint fact-finding approach may be helpful. Where parties exhibit heightened mistrust of one another (possible reactive devaluation), it may be useful to normalize a proposal (“in other cases, an approach along these lines succeeded in creating a path forward…”) or see if the proposal can be conveyed by a trusted entity (astute parties have often asked the mediator to be the putative source of a settlement idea). Initial assumptions may need to be re-examined if it is less easy to dismiss the messenger as biased, confused or self-interested. Indeed, what might be most important is who is presenting the proposal rather than what the proposal encompasses.

When parties are suffering from overconfidence and self-serving bias, mediators can encourage clear-eyed thinking about the potential risks and benefits of various options. Approaches can range from the classic “BATNA analysis” and “reality testing” to asking parties to conduct a “pre-mortem” and imagine what might not go as anticipated or hoped. Perspective-taking, where parties are asked to articulate their understanding about what others might be thinking and feeling, may help to reduce the risk of ascribing incorrect motivations (a form of fundamental attribution error) or failing to consider the limitations of memory (certainty in hindsight).

Suggestions for Negotiation and Mediation Training

Providers of negotiation training should consider giving greater attention to the understanding and management of cognitive biases. Interest-based or mutual gains approach negotiation training equips participants with a number of powerful ideas and strategies for conflict resolution but tends to assume more rationality in decision-making than may be realistic. These trainings could be improved by a greater focus on how our minds can lead us astray, particularly in conflict situations, and what responses might be considered in those instances.

Mediation training similarly tends to give little, if any, focus to cognitive bias. A greater curricular emphasis on how mediators might identify and potentially manage these often-unseen factors would help advance the mediation practice. Various forms of bias are also an occupational hazard for mediators. For example, a mediator might be “anchored” by the way parties present and frame issues and thereby miss creative options for resolution. Or mediators who strongly favor settlement outcomes may be susceptible to confirmation bias and assign greater weight to factors favoring agreement over those that might suggest another outcome that is better for one or more parties. 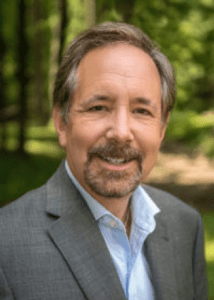 Doug Thompson has a background in environmental protection and dispute resolution and management. Prior to joining CBI, he worked for eight years at The Keystone Center and spent 25 years with the Environmental Protection Agency in various technical and management capacities. As part of EPA’s dispute resolution program, he mediated a number of environmental conflicts; he worked on assignment as a founding associate at the U.S. Institute for Environmental Conflict Resolution in Arizona. He has mediated extensively in the court system, is adjunct faculty in the Graduate Program in Dispute Resolution at University of Massachusetts, and has mediated workplace and family disputes.