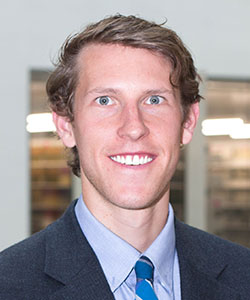 By Austen Paulsen, Class of 2016, for BiolawToday.org

In a battle over the inventorship of a group of patents known as “the Tuschl-II Patents,” Judge Saris of the District Court for the District of Massachusetts recently ruled against the University of Utah (“the University”). In 2011, the University sued Max-Planck-Gesellschaft Zur Föerderung Der Wissenschaften e.V. (“Max Planck”), the Whitehead Institute for Biomedical Research (“Whitehead”), the Massachusetts Institute of Technology (“MIT”), Alnylam Pharmaceuticals, Inc. (“Alnylam”), and others to seek correction of inventorship for the Tuschl-II Patents. The University claimed that its employee, Dr. Brenda Bass, should have been included on the patents as a joint inventor. The Tuschl-II Patents relate to RNA interference (“RNAi”), a process in which RNA molecules inhibit gene expression.

Courts presume that the inventors named in issued patents are correct; accordingly, parties suing for non-joinder of inventors must prove their cases by clear and convincing evidence. In Kimberly-Clark, the Federal Circuit held that “[f]or persons to be joint inventors under Section 116, there must be some element of joint behavior, such as collaboration or working under common direction, one inventor seeing a relevant report and building upon it or hearing another’s suggestion at a meeting.”[i] Courts do not require joint inventors to physically work together at the same time or in the same place, make equal contributions to an invention, or contribute to each claim in an issued patent in order to be considered a joint inventor. Rather, one is considered a joint inventor for the entire patent as long as he or she made a contribution to the conception of at least one claim of an issued patent that is not insignificant.

The dispute in the Tuschl-II case was whether there was sufficient collaboration between Bass and Dr. Thomas Tuschl, the first named inventor on the Tuschl-II patents, such that the two were joint inventors. The University argued that Bass and Tuschl collaborated in two instances: Tuschl built upon a mini-review written by Bass and given to Tuschl 3 weeks prior to being published and Bass and Tuschl spoke about subject matter related to the Tuschl-II Patents at a conference.

The Court found that the hypothesis of Bass’s mini-review was a significant contribution to the invention of the Tuschl-II Patents; however, the Court held that even if Tuschl built upon this hypothesis, Bass and Tuschl never collaborated about the mini-review. Once an article is published, it enters the public domain and joint inventorship cannot be predicated on contributions of information that is already in the public domain. Therefore, for Bass to be included as a joint inventor based on the mini-review, Bass and Tuschl would have had to have collaborated after Tuschl received and read the article, but before it was published. Judge Saris found that an open line of communication is a necessary element of collaboration and because there was not an open line of communication between Tuschl and Bass in the period after Tuschl received the mini-review and before the mini-review was published, the two did not collaborate. The University also argued that Bass should be included as a joint inventor because Tuschl appropriated a draft of the mini-review and breached confidentiality in building upon the mini-review. Judge Saris found that even if Tuschl did breach confidentiality in using knowledge gleaned from the mini-review in his own research, this is not sufficient for joint inventorship without some collaboration between Tuschl and Bass.

With respect to the conversation between Tuschl and Bass at a scientific conference in Uppsala, Sweden (“the Uppsala Conference”), Judge Saris found that the conversation did not concern any significant contributions to the Tuschl-II Patents. At the Uppsala Conference, Tuschl and Bass’s conversation centered around the use of the nematode worm C. elegans to prevent protein synthesis and problems involving northern blots. Use of the nematode worm C. elegans is common in the field of RNAi and is well-known. The northern blot test is regularly used in molecular biology and has been prevalent for decades. Judge Saris held that “sharing information at scientific conferences, without more, does not constitute joint inventorship. After all, that is the point of scientific discourse, and any contrary ruling would not only contravene the statute and case law but would also impede innovative research.” Bass and Tuschl only discussed well established principles at the Uppsala Conference, therefore Bass made no significant contribution to the Tuschl-II Patents at this time.

Accordingly, because Bass and Tuschl did not collaborate after Tuschl read the mini-review and before the mini-review was published, and because the conversation at the Uppsala Conference did not concern any significant contributions to the Tuschl-II Patents, Judge Saris found that Bass was not a joint inventor on the Tuschl-II Patents and granted the defendants’ motions for summary judgment.

Although I’m a student at the University of Utah, I agree with Judge Saris’s ruling. Holding for the University in this case would impede innovation. It would discourage experts in a field from peer-reviewing articles for fear that the authors could become joint inventors on their patents. It would also discourage inventors from sharing their ideas at scientific conferences. There has to be a limit to who can be included on a patent as an inventor and I believe that Judge Saris has drawn the line appropriately in this case, based upon the Federal Circuit’s caselaw. It will be interesting to see whether the University appeals this decision further.

Austen is currently a third year law student at the University of Utah’s S.J. Quinney College of Law.  Austen is a fellow for the Center for Medical Innovation as well as an intern for the Lassonde New Venture Development Program.  Austen graduated from the University of Utah with a B.S. in Chemical Engineering and is planning on pursuing a career in intellectual property law. He is an avid mountain biker and races downhill mountain bikes competitively.  Austen is also a snowboarder, runner, weight lifter and lover of all things outdoors.