By Jim Holtkamp for EDRblog.org.

Last March I had the once-in-a-career experience of meeting with senior officials of the China National Peoples’ Congress (NCP) and the Ministry of Environmental Protection (MEP) to discuss strengthening laws to enforce environmental standards. On March 5, Premier Li Keiqang “declared war on pollution” at the opening of the annual meeting of the NCP. The NCP staff and the MEP were tasked with presenting to the central government measures to strengthen environmental laws for approval by the central government and ratification by the NCP.

The NRDC China Project facilitated a meeting between the NCP, MEP and two lawyers from the American College of Environmental Lawyers, Professor Robert Percival of the University of Maryland Law School and myself. David Pettit, a senior environmental lawyer for the NRDC in Santa Monica also joined us.

Our meetings were devoted to discussions of how civil penalties are assessed in the U.S. for environmental violations, including how to prove daily violations (and thus daily penalties), monitoring, inspecting and reporting. The NCP and MEP staff were well-prepared and very committed to moving forward with a strong environmental enforcement regime. Their enthusiasm was palpable. They had clearly endured years of frustration at their inability to enforce even the existing laws. Now, they were like the children who finally get to sit at the grownups’ table at Thanksgiving, except that in this case, the children are as smart as, or smarter than the grownups.

After our meeting with the NCP and MEP senior staff, we met with Judge Yu Xiaohan of the Chinese Supreme People’s Court. Judge Yu wanted our perspective on valuing and adjudicating damages to the environment. Judges in China are usually loath to go forward with lawsuits from individuals against either the government or an industrial entity claiming damages to water, air, fisheries or other environmental resources. Judge Yu explained to us that a Chinese judge has no legal obligation to take a case, and the political risks of taking on the government or a strong industrial interest are substantial. Judge Yu is a younger judge, and hopefully represents a newer generation interested in tackling these issues through available legal processes and effecting changes to the processes where necessary. He told us that his goal is to work with his fellow judges to systematize valuation of environmental damages and to provide more legal and political cover when they take on these cases.

In April, the NCP approved the central government’s changes to the environmental laws, incorporating many of the measures we discussed. The stronger enforcement, including the authority to assess significant daily penalties for continuing violations of standards, will go into effect at the beginning of 2015. In the words of Wang Yan, Director, NRDC China Environment and Governance Project,

We are all so incredibly excited – over the moon, really – about the new provisions after the years of advocating for efforts in those areas. We expect that more effective enforcement approaches and mechanisms will be put in practice soon, and look forward to working with you in this regard in the future.

It remains to be seen if the central government has the political will to implement these measures in the face of strongly entrenched local and business interests, but it is a major step forward for a country in which people are weary of being poisoned simply because they eat, drink and breathe. 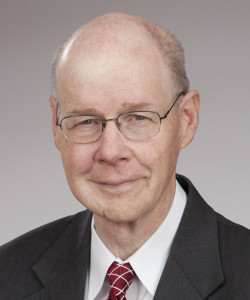 James A. Holtkamp is a partner at Holland & Hart LLP resident in the Salt Lake City Office. He is an adjunct law professor at the University of Utah College of Law and a Stegner Center Senior Fellow. He received his B.A from Brigham Young University and his J.D. from George Washington University. He served on the staff of the U.S. Senate Watergate Committee and as an attorney for the U.S. Department of the Interior before entering private practice.