By Susan Crook for EDRBlog.org

I kept dreaming of Hayley Mills singing “Let’s Get Together” from The Parent Trap and found myself humming the tune during the day as we began planning the conservation forum, “Finding Common Ground on Public Lands.” Divisiveness has gripped Southwest Utah over public lands issues such as the proposed northern corridor highway through prime Mojave Desert tortoise habitat, the Lake Powell Pipeline, and implementation of Vision Dixie principles.

Opposing sides have used the media as an intermediary in the public lands debate instead of sitting down face-to-face.  We don’t even know if we are asking the right questions when we never get past stonewalling each other with unyielding positions.  Recognizing this and seeing a better way of moving forward, Conserve Southwest Utah (CSU) teamed with the Dixie State University (DSU) Sustainability Club to host the forum, which brought people together in facilitated roundtable discussions to start breaking down barriers.

The major goals of the “Finding Common Ground on Public Lands” forum were to:

About 65 people attended the half-day event, which was held at the Dixie State University (DSU) Gardner Center Ballroom on September 21, 2017. Participants included two current Washington County commissioners and a past commissioner, a past Kane County commissioner, members of various non-profit advocacy and service groups, and others interested in public lands.

We asked participants to complete a brief public lands user survey to prime them for the roundtable discussion.  Questions included: 1) What are your favorite activities on public lands; 2) What are the major issues concerning public land use in southwest Utah; 3) To what degree (low, moderate, high) should wildlife habitat conservation be a priority in public land management; and 4) To what degree (low, moderate, high) should resource development be a priority in public land management? The most-commonly listed uses were hiking, backpacking and camping, with over two dozen other uses ranging from fishing and photography to guiding and ranching.  Seventy-three percent favored wildlife habitat as a high management priority, with 17% rating resource development high.  This was by no means a scientific survey; just a conversation starter for the roundtable discussions.

David Jenkins, President of Conservatives for Responsible Stewardship introduced the theme, “Finding Common Ground on Public Lands,” in his opening address.  He noted, “Many people—including folks on both the left and the right—are under the impression that protecting our environment, including federal public lands, is primarily a liberal cause. Well, more than a century and a half of American history begs to differ.”  Environmental protection has historically had bipartisan support, so why the divide now.  After citing examples of Republican conservation heroes, he defended the Antiquities Act, which gives the president authority to establish national monuments, saying:

[It] is not the spawn of Satan as Congressman Rob Bishop believes.  He has called it the “most evil act ever invented.”  No, it was actually crafted by a conservative Republican, passed by a Republican Congress and signed into law back in 1906 by Theodore Roosevelt.  These accomplishments were not pursued as part of some liberal agenda; they reflect genuine conservative values.  I’m referring to values that are the very foundation of conservative thinking, such as prudence, reverence, personal responsibility and intergenerational equity.  All of these values are manifest in the principle of stewardship.

This point gave audience members at both ends of the political spectrum food for thought.  Mr. Jenkin’s talk set the stage for the roundtable discussions that followed.  In fact, the facilitators were asked to note key points and use them to get the discussion started at each of their tables.

The roundtables were facilitated by volunteers with experience in group dynamics.  A representative from each of the eleven roundtable groups presented the lists of values, issues and solutions to issues resulting from their discussion.  These lists were compiled into master lists after the event, and summarized as follow:

Shared values:  open access, balance between conservation and economic use, ecosystem services, preservation for future generations, providing for the health & well-being of all species, federal ownership, scientific management in cooperation with stakeholders, stewardship.

In closing, Dr. George Handley, Associate Dean of the BYU College of Humanities, equated human-caused environmental degradation with the theological concept of sin and our efforts to restore the damage as a form of repentance.  He said:

This is a desert that blossoms not because we dam rivers and build sprinkler systems but because we finally have the heart and the eyes to appreciate and live in harmony with its native qualities.  The fundamental difference here is that nature needs us, not because it is categorically fallen, but because we understand that we have already degraded it.  This is a hopeful theology, a fortunate fall, since it acknowledges the reality of our mistakes and yet offers a path, through our own penitent acts of restoration, toward healing the earth and redeeming ourselves.

Bringing a theological perspective to the conversation was another way for participants to test their own values from another point of view.  One person walked out at the beginning of Dr. Handley’s talk muttering, “I didn’t come here for a Sunday school lesson.”  Most came with an open mind and were receptive to his message.

Eighty percent of the forum participants who responded to a follow-up survey felt that the goal of finding common ground on public lands issues was moderately achieved during the event.  Eighty percent also said they were likely to participate in follow-up activities to keep the conversation going.  onserve Southwest Utah intends to continue the discussion with decision-makers, opinion leaders, and members of the community.  We want to make sure we are all asking the right questions before we jump to conclusions about the use and management of public lands.

Thanks again to the sponsors who made this event possible:  Virgin River Land Preservation Association, Southwest Utah Chapter Back Country Horsemen of America, Zia Pottery Studio & Gallery, Print It, TJ Uysal and Pat Cleavinger, Bob and JoNan LeRoy, Bernard Stout, and Dave Ribacchi.  Thanks also to the people who registered by making donations to Conserve Southwest Utah ranging from $35 to $100 in lieu of paying the registration fee. 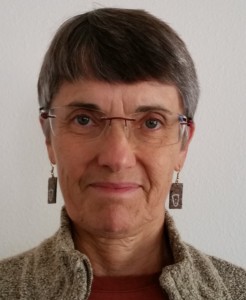 Susan Crook, ASLA, PLA, is the Land Program Manager and SUNCLF Director for Conserve Southwest Utah, a 501c3 non-profit based in St. George, Utah.  Susan is a licensed landscape architect who worked in public and private practice in northern Utah before moving to St. George.