By Katherine Daly for EDRblog.org

When is it possible for someone to express their honest thoughts and feelings about an important issue? Is it possible for that person to do so while acting in their professional capacity? Attending the February 23 “Climate Conversations at the Village Square” got me thinking about these questions, and led me to this conclusion: If you want living room candor, keep your conversation casual and private.

The event was organized by the Utah Village Square, Living Room Conversations, and the Salt Lake City Library with the intent of creating “a respectful dialogue on the Earth’s climate” among members of a six-person “panel,” as well as those of us in attendance. The event was part of the Utah Village Square’s 2017 Season, whose tagline is “Community Conversations that Put Dialogue Back in Democracy.” Living Room Conversations has a similar aim of “revitalizing civil discourse through conversation . . . among people of differing views and backgrounds.” Both organizations emphasize the importance of open communication among regular folk, and believe it can lead to greater understanding of issues, independent thinking, and creative, collaborative problem-solving.

To create a “living room” atmosphere for participants, event staff at the “Climate Conversations at the Village Square” randomly assigned us seats at round tables with about seven other strangers, and gave us directions about how to break the ice (grab a plate of curry, then share your favorite quote, your ideal superpower, your favorite sound, etc.). These rules of engagement created an intimate, relaxed setting in which we could dive into conversation. Those on the “panel”—we were told this was not a conventional panel, but rather a more public version of what we were doing at our tables—were center stage, however. Seated on a platform at the front of the room and introduced via professional bios that were placed at each table, they enjoyed none of the informality and privacy afforded to the rest of us.

After 20 minutes of chitchat, the main conversation began. Mics and cameras were turned on, introductions made, and the panel heard their first question: “What is your position on climate change?” Four of the six gave unambiguous answers. They believed in climate change, and believed humans had an imperative to mitigate its effects. The other two, however, were harder to read. Neither responded directly to the question, nor did they articulate whether they personally believed in climate change. Granted, the question did not require them to reveal those beliefs. In fact, the term “position,” rather than “perspective” or “opinion,” seemed to have been selected to allow folks to respond not as individuals, but as political entities.

This question set the tone for the rest of the panel discussion. Those whose jobs afforded them the ability to assert a personal belief in climate change as their “position”—two academics, a director of an environmental advocacy organization, and the co-founder of Living Room Conversations—appeared more passionate, candid, and flexible in their responses. Those who did not seemed stuck towing their organization’s line. Even if their personal views did not differ substantially from those they expressed that night, their responses often came off as canned or glib. They clearly felt uncomfortable being candid.

Some of my dinner companions grew visibly frustrated by this, and began calling out remarks they perceived as inauthentic. After all, when our table talked through these issues, we laid our thoughts and feelings bare. Fear, sorrow, anger, and determination rippled through the small group. We strategized, told stories about our families, and tried to learn from one another. We proved that a group of complete strangers—nevermind that the group was entirely composed of women who believe in climate change—was able to engage in honest “living room” conversation. Why couldn’t our panel get it together?

I left that night sharing some of my table-mates’ frustrations with the panel discussion. However, that annoyance gradually gave way to sympathy. Much of what I have learned about collaboration is that honest conversation hinges on respect for difference. Those daring enough to express unpopular opinions or question their beliefs must feel confident that they will not be roundly punished for doing so. Ensuring privacy is critical to this perception. Additionally, powerful incentives are often necessary to catalyze someone to examine how they think and behave. If these conditions are not created, the risks associated with expressing difference and doubt outweigh the benefits.

Audience members were not at risk during this conversation. None of us had to reveal where we worked, nor were we on record for any of our comments. Our panelists were. Each sentence linked back to their employer, pulling their conversation out of the living room and into the office. Moreover, they were literally on stage, the audience silently critiquing while cameras captured comments and body language for thousands of faceless folks online. That kind of scrutiny would make politicians out of most of us.

I learned later that the panelists had participated in a private Living Room Conversation the evening before the public Village Square event, similar to the one I had at my table. The panel moderator, who was present for both conversations, shared with me that the private Living Room Conversation was much more dynamic and less stilted than the public event. The moderator also felt that while there was more overt (yet civil) disagreement in the (private and unrecorded) Living Room Conversation about whether or not climate change exists or its relative significance, some of the panelists brought up different points during the public event possibly designed to create an opportunity for dialogue (rather than the zero sum argument of whether climate change does/does not exist).

Dismantling barriers to candid dialogue requires respect for both the conversation and the conversants. Safety to speak—whether it is safety from psychological, physical, or economic retribution—is a necessary condition of authentic dialogue. If one expects the kind of candor and intimacy shared during a conversation among friends, then the setting and risks must reflect that. It is unfair to expect folks who are on the clock to give us happy hour opinions. So, next time someone seems to be holding out on you, ask “Have I set the scene for a private, casual ‘living room’ exchange?” Once you do, you may get an earful. But, when the truth is what you want to hear, that is music to your ears. 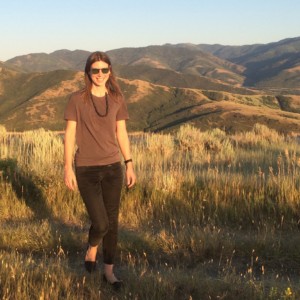 Bio: Katherine Daly (Master’s of City and Metropolitan Planning, 2017) studies collaborative planning for small towns and rural regions in the intermountain west. She has been delighted to work on issues ranging from housing and transportation to natural resource management with the EDR Program.