The Affordable Care Act (“ACA”) had been hailed as signature legislation of the Obama administration and vilified as “Obamacare.” The United States Supreme Court has scheduled a virtually unprecedented three days of oral argument on the constitutionality of ACA, to take place in April. The Court will hear arguments on the “individual mandate” to maintain minimum coverage, on the requirement for states to expand Medicaid, on whether the federal Anti-Injunction Act bars challenges to the individual mandate, and on whether parts of the law may survive even if others fall.

Leslie Francis, Professor of Law at the University of Utah S.J. Quinney College of Law, will moderate.  She said, “The debate will challenge everyone’s preconceptions about what the Court might do, and leave everyone more engaged in this tangled issue for the social safety net in the United States.” 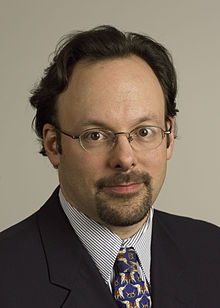 Jonathan H. Adler is the inaugural Johan Verheij Memorial Professor of Law and Director of the Center for Business Law & Regulation at the Case Western Reserve University School of Law, where he teaches courses in environmental, administrative, and constitutional law.  A graduate of Yale University and the George Mason University School of Law, Adler is the author or editor of four books and his articles have appeared in numerous publications. In 2004, Adler received the Paul M. Bator Award, given annually by the Federalist Society for Law and Policy Studies to an academic under 40 for excellence in teaching, scholarship, and commitment to students, and in 2007, the Case Western Reserve University Law Alumni Association awarded Professor Adler their annual “Distinguished Teacher Award.” 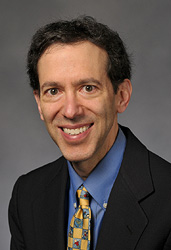 David Orentlicher, M.D., J.D., is Samuel R. Rosen Professor and co-director of the Center for Law and Health at the Indiana University Robert H. McKinney School of Law.  He also serves as an adjunct professor of medicine at Indiana University School of Medicine. A graduate of Harvard Law School and Harvard Medical School, Dr. Orentlicher previously served as director of the Division of Medical Ethics at the American Medical Association.  While there, he led the drafting of the AMA’s first patients’ bill of rights. Dr. Orentlicher published Matters of Life and Death with Princeton University Press, and he is co-author of the law school textbook Health Care Law and Ethics, now in its 7th edition. He also has written widely in leading legal and medical journals on critical issues in law and medicine.

The Fordham Debate is named in honor of Professor Jefferson B. Fordham, an outstanding legal scholar and defender of individual and civil rights who joined the University of Utah College of Law faculty in 1972. The annual debate addresses relevant contemporary public policy and legal issues.

The 28th Annual Fordham Debate will be held on Monday, February 6, 2012 at 12:15 p.m. in the Sutherland Moot Courtroom.  It is free and open to the public.  A light lunch will be provided to attendees.  One hour CLE (applied for).  Parking is available in the Rice-Eccles Stadium lot. For more information, call 801-585-3479.