By Anikka Hoidal for BiolawToday.org. 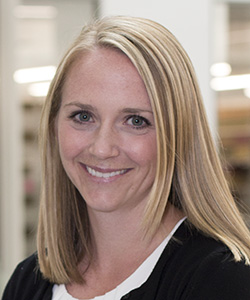 The Department of Justice recently filed an amicus brief in a case plaintiffs, the Chadams, are appealing to the Ninth Circuit.[1] The case involves the Chadams’ school-aged child who was required to change schools because he was a carrier of a genetic marker for cystic fibrosis.[2] A teacher disclosed the child’s genetic information to the parents of two siblings with cystic fibrosis, who then demanded the child with the genetic marker be removed from the school because of the danger individuals with cystic fibrosis pose to one another.[3] The school complied with the parents’ request, even though having a genetic marker for cystic fibrosis in no way means that the child had the disease.[4] The Chadams sought to enjoin the school district from transferring their child, ultimately settling the matter outside of court.[5] The child did not change schools.[6] This case is arguably an instance of genetic discrimination; however, the legal world has not yet caught up to the scientific world and its genetic testing abilities.

The Chadams sued in federal court alleging a violation of Title II of the Americans with Disabilities Act (ADA), a violation of Section 504 of the Rehabilitation Act of 1972 (§ 504), and a violation of the First Amendment right to privacy.[7] The case was dismissed twice at the District Court level.[8] Interestingly, and further addressed later in this post, the family did not sue under CalGINA, California’s state-level version of the federal Genetic Information Nondiscrimination Act (GINA).[9]

With the Department of Justice’s support and the potential for a review at the Ninth Circuit, the alleged legal claims may lead to a positive outcome for the Chadams, if the Ninth Circuit reverses the district court’s dismissal of the case. Despite the opportunity for the Chadams to succeed on their current claims under disability law, I believe this case could be better resolved using a genetic discrimination theory. This theory could find support through an expanded form of the federal GINA.

Currently, GINA prohibits discrimination based on one’s genetic information for employment and health insurance purposes. As genetic testing is becoming more frequent and more accessible, problems are arising outside of the employment and health insurance contexts, such as the public school issue seen in Chadam. Expanding GINA would provide protection for individuals who are treated adversely because of their genetic information in a variety of settings. Like race and gender, genetic information is a personal characteristic that can be used to unfairly differentiate between individuals, and warrants some form of protection under the law.

Another benefit of expanding GINA is that expansion would support advances in healthcare and health-related research. With the limited protections the current GINA offers, “the public [may] hesitate or refuse to get genetically screened when to do so may be in their best interests or would assist medical research.”[10] Researchers have worked hard to advance the field of genetic testing, hopefully leading to increased quality of health and quality of life. Regardless of differing opinions on the pros and cons of genetic testing, the law needs to catch up with technology to provide people seeking or subjected to genetic testing with adequate protection.

Anikka is currently a second year law student at the S.J. Quinney College of Law and is a member of the Utah Law Review. Anikka graduated from the University of Southern California in 2008 with a B.A. in Psychology. She also holds a Master of Social Work degree from the University of Utah. Anikka’s legal interests include health law and policy. Anikka enjoys riding horses, running, and spending time with family and friends.

[8] After the first dismissal the judge permitted the plaintiffs to file an amended complaint.