By Carri Hulet for EDRblog.org. 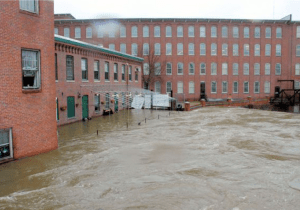 The polarizing debates over climate change are often about the wrong questions. I go nuts when I hear people debating belief in climate change. Some things are facts, and the beauty of facts is they don’t require you to believe in them in order for them to be true. One can dislike that the climate is changing. One can be uninformed on the issue. We can even disagree about how fast it’s happening and how accurately we can predict future impacts. In fact, there is a lot of uncertainty about climate change and a host of really good questions we still need to answer, but whether or not it’s happening is not one of them. Next time you hear someone say they don’t believe in climate change, I invite you to quote Tina Fey, who said occasionally she runs into people who don’t believe she’s a comic because they don’t think women are funny. Her response? “I don’t like Chinese food, but I don’t write articles trying to prove it doesn’t exist.”

When it comes to climate change, the key questions are what we can do to slow down the effects (usually referred to as mitigation) and what we can do to respond to the inevitable impacts (or adaptation). Meaningful mitigation is a matter of global and national policies on reducing greenhouse gas emissions, or how much carbon we can allow into the atmosphere. The question is massively complex and highly political. On the other hand, questions about adaptation are primarily a local and regional matter. How do we plan for spikes in the demand for electricity as more heat means more air conditioning? What industries in our community are climate-dependent (agriculture, recreation, tourism, etc.) and how will they be affected by shorter winters and longer summers? How do we protect ourselves from drought or the introduction of new invasive species? Just as people who move from one climate to another make dozens of decisions about which clothes to keep or acquire, the type of roof they need on their house and tires on their car, and what kinds of outdoor activities they’ll do in the new place, communities need to imagine how a changing climate changes their way of life. Adaptation raises economic, social, health, and infrastructure questions that everyday people and local decision makers can and should be working on together – and it doesn’t need to get political. 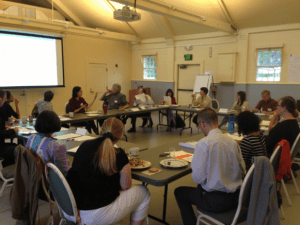 As a member of the New England Climate Adaptation Project (NECAP, necap.mit.edu), I have worked for the past three years with four New England towns and a group of partners from the Massachusetts Institute of Technology (MIT), the National Estuarine Research Reserve (NERR), the University of New Hampshire (UNH), and the Consensus Building Institute (CBI) on a project funded by the National Oceanic and Atmospheric Administration (NOAA). We have worked together with local stakeholders in Cranston, RI; Barnstable, MA; Dover, NH; and Wells, ME to identify the changes each community can anticipate and a reasonable range of risk they are facing. Together, we also identified the various options they have for adapting to these changes. Throughout the process, we engaged over 400 residents in a mock negotiation to simulate the kind of public discourse required to build agreement on what to do in the face of uncertainty. We have been fascinated to find that while each place faces similar changes to their climate (increases in average temperature, increases in sea level rise along their coasts, and more volatility in future storms), the risks associated with those changes are not the same across towns, and their readiness to deal with the changes also varies widely.

On these projects and others I have worked on to help communities prepare for a changing climate, we start with two kinds of assessment – the weather and the people and institutions. We call an assessment of the climate impacts a basic Risk Assessment, and investigate what is likely to happen to the climate in terms of temperature, precipitation, sea level rise (where appropriate), and drought and other hydrology concerns. This requires weaving together data from the past and projections for the future, downscaled from regional climate models to the local vicinity. We then translate those changes in weather to potential impacts, such as flooding or changes to the growing season. This information influences a Stakeholder Assessment – or snapshot of the people and the institutions in a given place. How much have folks thought about this? What are their concerns? What are their ideas about what to do? Where do they see barriers in their community, and what resources do they think they have that are unique to them? Matching the potential risks with the community character, obstacles, and resources provides a complete picture of how ready the community is to adapt to climate change.

In our NECAP project we used the information from the risk assessment and stakeholder assessment to write a hypothetical scenario or role play for each town about a climate-related decision that required the buy-in of several different entities in the town, including local and/or regional or state government, interest groups, businesses, and taxpayers. Real people from the communities who ran the simulation worked on the problem together, trying to balance the science with the interests of the people at the table and the realistic budget and time limitations they manage in real life. This exercise built the participants’ understanding of the complexities of climate science and group decision-making, helped generate empathy among the participants for other points of view, and generally increased their interest in seeing their local government be more proactive in climate adaptation.

One of my key takeaways from the work I have done on NECAP and other adaptation projects is that working on climate adaptation can depoliticize what is otherwise a very polarizing issue. When people of good faith come together to talk about what the community is going to do about the inevitable, it becomes clear pretty quickly that the rain falls (or doesn’t) on conservatives and liberals alike, and since no one can be spared the changes, we need everyone to be involved in producing the solutions. The risks of climate change are real. They are different in different places, but that’s the advantage of localizing these conversations, working to bring in all viewpoints, matching the science to the local knowledge and capacities, and being committed to finding local solutions together. 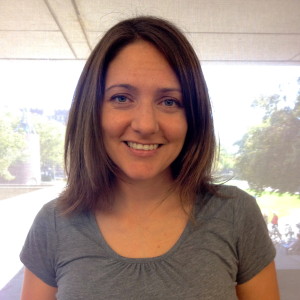 Carri is a Utah native who attended the University of Utah her freshman year. She is currently a Senior Associate with The Consensus Building Institute in Cambridge, MA, where she works on a diverse set of issues, from water quality to transportation to private sector negotiation training. Before going to graduate school at MIT where she completed a Masters in Urban Planning, she worked as a project manager and mediator of environmental disputes with The Langdon Group in Salt Lake City from 2007 to 2011.