by Katherine Daly and Kailey Kornhauser for EDRblog.org

On May 2, the University of Utah made steps to join more than 30 colleges and universities that have pulled investments in fossil fuels since 2011. The University’s Academic Senate passed a resolution calling on University administrators to “strategically” divest from fossil fuels over the next five years. The resolution passed by a narrow margin (44-40), supported by an argument that “[d]ivestment is [the University’s] moral, ethical and fiduciary responsibility.” The resolution would affect about 7 percent of the University’s $700 million endowment which is invested in the energy sector, as well as another $1.3 billion in other investments.

So, how did the University of Utah facilitate productive dialogue to arrive his decision? This blog presents the context of this resolution, investigates the processes of community decision-making that led to the resolution, and suggests avenues for improvement.

Like at the University of Utah, the combination of public input, an assurance of economic viability, and alignment with institutional or state values provided sufficient and necessary justification for divestment at Stanford and Georgetown. Stanford withdrew $18.7 billion from coal in 2014, and Georgetown withdrew $1.5 billion from coal the following year. Demands to divest from student-led Fossil Free groups within each university coincided with recommendations from committees on investing comprised of students, alumni, faculty, and staff. Both institutions highlighted the fact that their decisions to divest were consistent with their values.

The University of Utah’s Fossil Free group launched in 2012, and has been petitioning President David Pershing to freeze new investments and divest in existing ones in fossil fuels by 2017. This conversation found an official outlet last spring, when the University’s Academic Senate Ad Hoc Committee on Investment Responsibility held a multidisciplinary panel discussion on divestment. This led to the creation of another ad hoc committee, the Academic Senate Ad Hoc Re-Investment Dialogue Committee (RIDC), which spent the past year investigating the subject.

RIDC held three lectures and a handful of outreach events this spring as part of a month-long campus-wide dialogue around divestment. The goal was to explore the complexities of divesting the University’s $1 billion endowment from the fossil fuel industry and reinvesting it in renewable energy. The lectures offered a crash course in fossil fuels, university endowments and investing, and emerging sustainable energy technology to any interested students, faculty, staff, and administration with some free time on their hands. The divestment conversation on March 25, 2016 served as a capstone to the information-sharing events that preceded it. We were graciously invited by Stegner’s Environmental Dispute Resolution (EDR) Program to participate as student facilitators and note-takers for the divestment discussion: we are both currently enrolled in Dr. Danya Rumore’s graduate course on negotiation and facilitation where we have learned some introductory knowledge on guiding these types of dialogues.

Unlike the debate on divestment held at the Massachusetts Institute of Technology (MIT), the University’s dialogue was intended more to inform than to convince. Dialogue prioritizes conversation for its own sake, with the particular aim of moving past politeness into what Lawrence Susskind calls “joint inquiry” or “generative dialogue.” This is similar to how theorists Judith Innes and David Booher describe dialogue: as a means of “developing a pool of shared meaning” that only exists when assumptions have been suspended. The explicit purpose of the University’s divestment dialogue was similar, aiming to collect the “thoughts, concerns, and ideas of a broad range of university faculty, staff, and students” to share with RIDC. The key planning questions for this event, therefore, was how to structure it to facilitate active listening, critical thinking, productive sharing of ideas, and the suspension of judgment.

Although the RIDC lectures seemed designed to prime the community for dialogue, many of the dialogue participants had not attended them. The event organizers had anticipated this, and gave a five-minute presentation highlighting key, relevant facts. With a topic so complex, however, the information was insufficient. Most participants were pro-divestment but not scholars of the topic, and there was a handful of participants who knew nothing about climate change, fossil fuels, or renewable energy. As a result, those with the most knowledge held court, learning was limited, and some incorrect assertions went unchallenged. These dynamics create substantial challenges for neutral parties such as the student facilitators. As facilitators and note-takers, we are not allowed to interject when we heard incorrect information being shared, and we struggled to introduce differing perspectives without seeming biased. This is similar to the challenge of representing future generations or non-human species which is common to natural resources discussions.

Creating objective standards for the discussion–potentially as simple as notecards with the facts shared in the presentation–would have enabled participants to address knowledge and perspectives unrepresented by the group and solved some of the problems related to the dissemination of misinformation. Having experts on site could also have been useful. The three lecturers who presented on energy, investments, and renewables could have kicked off the dialogues with a short panel discussion, to ensure a level of common knowledge among participants and introduce ideas that could springboard discussions. As the dialogues got going, they could have served as technical experts, answering questions that would allow the conversations to progress and remain anchored in fact.

A situation assessment prior to the dialogue could have broadened the spectrum and understanding of perspectives represented. Environmental dispute resolution best practices dictate that situational assessments be conducted by contacting different stakeholders, holding (sometimes confidential) interviews with them, and identifying key concerns and opinions of the community. The process would also identify as many stakeholders as possible, ensuring that many different opinions were represented. Situation assessments not only enrich unfolding conversations, but also can be public documents that show communities where they stand. A divestment situation assessment at the University would have created a more complete and inclusive description of the community’s views, and shed light on the appropriate next steps.

Ultimately, conducting a collaborative dialogue and decision-making process on divestment was a successful experiment. We hope that institutions that engage in these types of conversations can learn from the University of Utah’s model and our suggestions made here. By incorporating more of what we know about facilitating productive dialogue, such as creating objective standards and performing situation assessments to ensure adequate stakeholder representation, the discussion may continue to grow in richness. 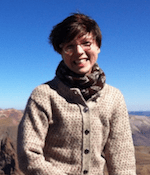 Katherine Daly is a Master’s student in the Department of City and Metropolitan Planning, and a new Fellow at the Environmental Dispute Resolution Program. She comes to the EDRP from the Metropolitan Research Center, where she spent her first year as a graduate student honing her skills in quantitative analysis. She earned a BA in Visual and Critical Studies from the School of the Art Institute of Chicago. 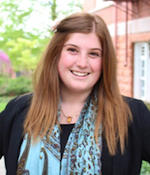