By Jorge Contreras for BiolawToday.org.

In a recent case, a French research institute agreed to share the benefits arising from a drug patent with an indigenous group in French Guinea. The French researchers had learned about the medicinal plant from members of the Kali’na, Palikur, and Creole communities, but failed to negotiate access and benefit sharing agreements with them before patenting the drug.  Similar cases, including basmati rice, exotic plants and squash cultivars, have begun to emerge in the fields of agriculture, biomedicine, environmental management, and energy. Cases like these will continue to proliferate unless the world community implements properly constructed multilateral regimes of access and benefit sharing validated by the Nagoya Protocol to the Convention on Biological Diversity. The sharing of these resources across borders can thus be made both legal and profitable for all stakeholders.

A new book by Jerome Reichman, Paul Uhlir and Tom Dedeurwaerdere offers a blueprint for how developed and developing countries can facilitate legal access to plant cultivars and microbial materials while avoiding constraints on innovation and other socially beneficial uses. This book, Governing Digitally Integrated Genetic Resources, Data, and Literature: Global Intellectual Property Strategies for a Redesigned Microbial Research Commons (Cambridge U. Press, 2016), examines the strengths and weaknesses of the International Treaty on Plant Genetic Resources for Food and Agriculture (ITPGRFA, 2000) and explains how the Nagoya Protocol can be used to avoid conflicting rules about how countries should regulate disputes arising from cross-border exchanges of potentially valuable genetic resources. It also addresses the difficult issue of formulating suitable “Access and Benefit Sharing” arrangements consistent with the Nagoya Protocol for both users and providers of genetic materials. 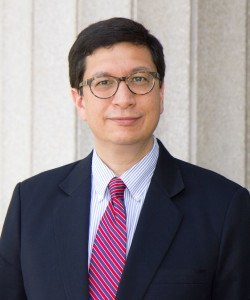 In addition to his position at the College of Law, Professor Contreras holds an adjunct faculty appointment in the Department of Human Genetics at the University of Utah School of Medicine and serves as a Senior Policy Fellow at American University Washington College of Law. He has written and spoken extensively on the institutional structures of intellectual property, technical standardization and biomedical research, particularly in the areas of genomics and genetics. He currently serves as a member of the Advisory Council of NIH’s National Center for the Advancement of Translational Sciences (NCATS) and the Board of the Cures Acceleration Network (CAN), and previously served as Co-Chair of the National Conference of Lawyers and Scientists (NCLS) and a member of the National Advisory Council for Human Genome Research (NACHGR).  At the University of Utah, he serves on the Scientific Advisory Board of the Utah Genome Project, the Executive Steering Committee of the Center for Clinical & Translational Science and the Oversight Board of the Veterans Administration Genealogy Project. Professor Contreras’s work has appeared in a range of scientific, policy and legal publications including Science, Nature, Nature Biotechnology, Nature Reviews Drug Discovery, Telecommunications Policy, Standards Engineering, Jurimetrics, Arizona State Law Journal, American University Law Review, Utah Law Review, Antitrust Law Journal,  Berkeley Technology Law Journal, Ecology Law Quarterly and Harvard Journal of Law and Technology.  He is the founding editor of SSRN’s Law, Policy and Economics of Technical Standards eJournal, and was the winner of the Standards Engineering Society’s (SES) 2011 and 2015 scholarly paper competitions.  He received his J.D. degree from Harvard Law School and a BSEE and BA degree from Rice University.