PLEASE NOTE: The EDR Program is a big advocate for doing “less but better.” In line with that and our sense that most people get way too many emails, we are making a fun change. Starting in November, we will send one monthly email, which will include recent EDR Blogs and any other new tools, resources, or other updates from the program. Watch for our first monthly email around mid-November.

I overheard a conversation the other day in which one person said that marriage is just one compromise after the other. I had a visceral reaction to that statement, partly feeling sad for the person’s marriage, but mostly just mad mad mad about the word “compromise.”

I ABHOR the word “compromise.” It has only negative connotations for me. Lose-lose settlements. Unhappy stakeholders, even though they reached agreement. Accords that don’t get implemented because each party felt they gave up too much. I obviously see “compromise” as a cup half empty kind of thing. And I don’t think I’m alone in that view.

Compromise is one of the five conflict styles we teach about (along with competition, collaboration, avoidance, accommodation), so it’s a legitimate approach to conflict. Not in every situation, of course, but in enough situations to merit academic sanction. I decided to do a little research to see if I could change my point of view.

The etymology of the word “compromise” is interesting. It comes from the Latin compromissus (past participle of compromittere), meaning “to make a mutual promise to accept an arbiter’s decision” (com = together; promise = promise). In the 1500s, the meaning of the word evolved to include the process of making the mutual promise, the back-and-forth process of negotiation by mutual concessions (without an arbiter). In the 1690s, a negative spin was added, suggesting that to be “compromised” included being “expose[d] to risk or hazard, endanger[ing] the reputation of [the compromised person].”

So, if the original meaning of the word and the process of “compromise” were positive or neutral in emotional affect, is our modern understanding of the word a question of framing? As the meaning has evolved, have we introduced negative intent into the word “compromise”?

I’ve decided to reframe how I think about the word “compromise” and the process of “compromising.” From now on, I’ll focus on what value both parties are “winning,” not what they’re losing. And I’ll make sure that the parties are knowingly choosing what to give up, based on a prioritization of their interests. As mediator, I’ll do everything I can to start viewing compromise like the Rolling Stones did: you can’t always get what you want, but if you [compromise], you’ll get what you need.

Too bad I can’t go back to that overheard conversation and ask how the speaker views the word “compromise” in his marriage: cup half empty or cup half full? Giving up a valuable interest with each negotiation OR promises he and his spouse make to each other to further a happy union? 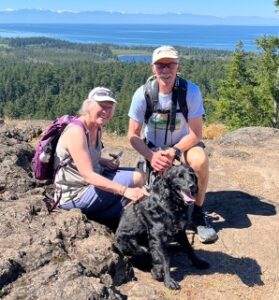 Michele Straube started the EDR Program in 2012 (10 years ago!). She attempted to retire in 2017, but compromised by returning part time until 2019. She recently moved to the Seattle area, where she and her husband are taming the wilderness on their 10-acre property and exploring the natural wonders of the PNW.