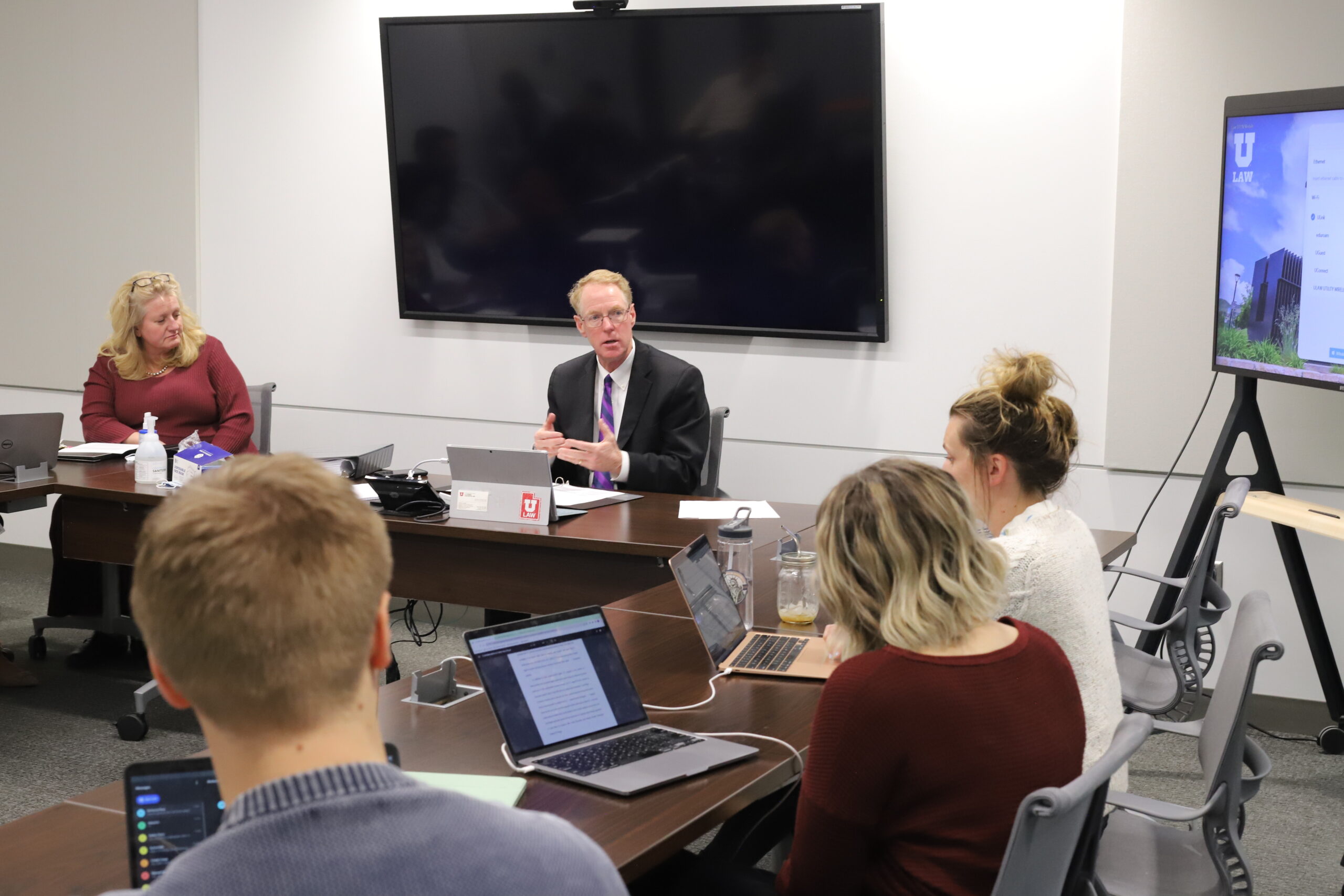 “The class is particularly helpful for students who are pursuing a career in criminal law, but it is more broadly of interest to anyone who is interested in broader issues of justice connected with American criminal justice,” Cassell said.

But on April 6th, the classroom turned into a courtroom.

In an effort to give his students a glimpse into how the criminal justice system works, Cassell decided to host an in-class moot court focused on a case he would actually be arguing in front of the Utah Supreme Court the following Monday.

“We were helping him rehearse, essentially,” said Zachariah Becerra, a 3L at the S.J. Quinney College of Law.

The students read the briefs that were actually filed by the parties in the real-life case. They had an opportunity to see what real-world briefs look like and 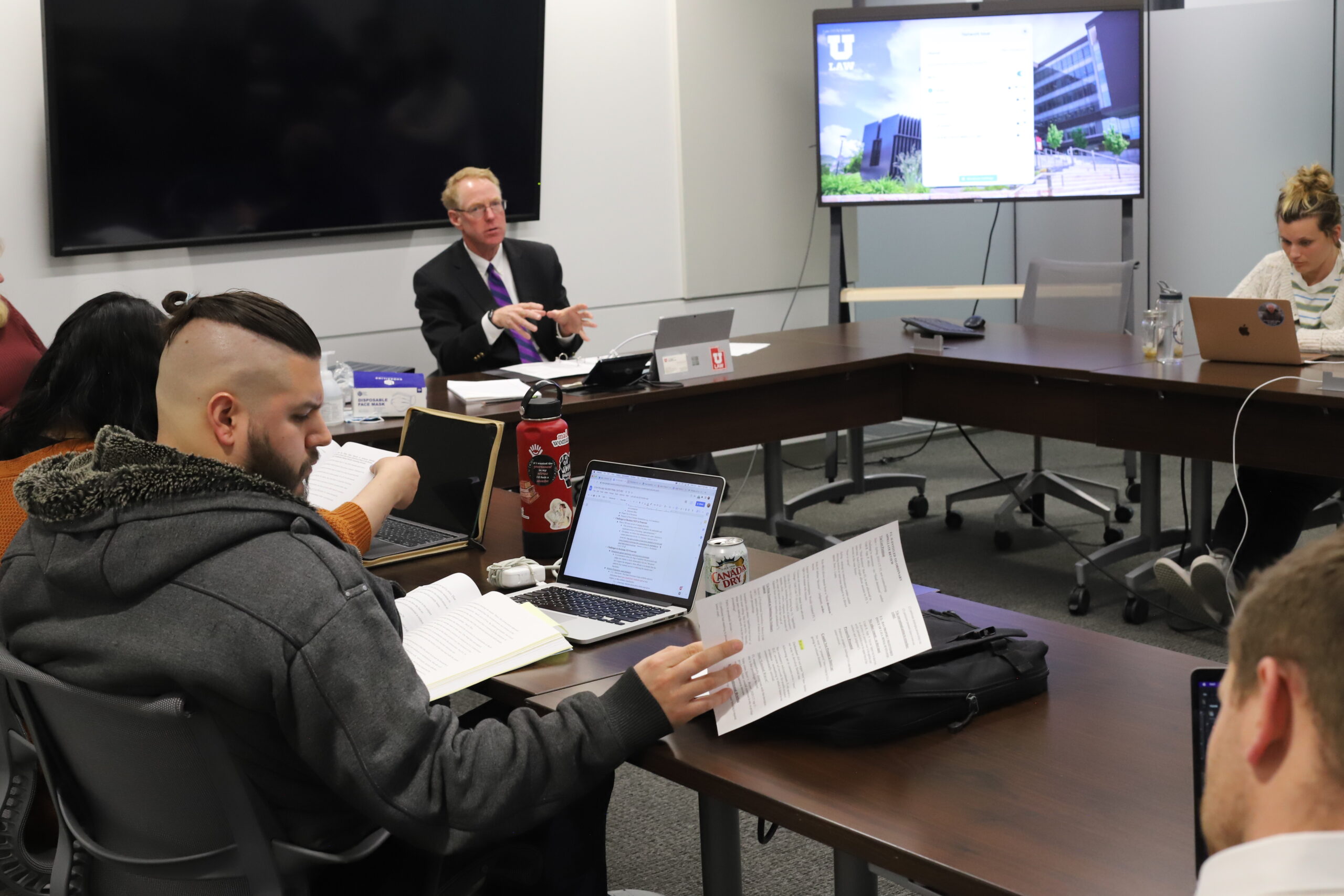 consider what kinds of arguments were — or were not — persuasive to them.

“The moot court process gives students a chance to see how to translate arguments in favor of a client into effective oral advocacy,” Cassell said. “The process also lets the students see the kind of preparation that is helpful to prepare for a real-world court argument.”

Role-playing as the Utah Supreme Court justices, the students questioned Cassell’s case thoroughly, holding back nothing and firing off hardball questions one right after the other.

“I thought the students did a great job in anticipating the kinds of questions that I actually faced the next week from the Utah Supreme Court justices,” Cassell said. “In fact, the students actually came up with a few questions that were ones that I had not anticipated and had to spend some time preparing a more thorough response for the actual argument in front of the Utah Supreme Court. So 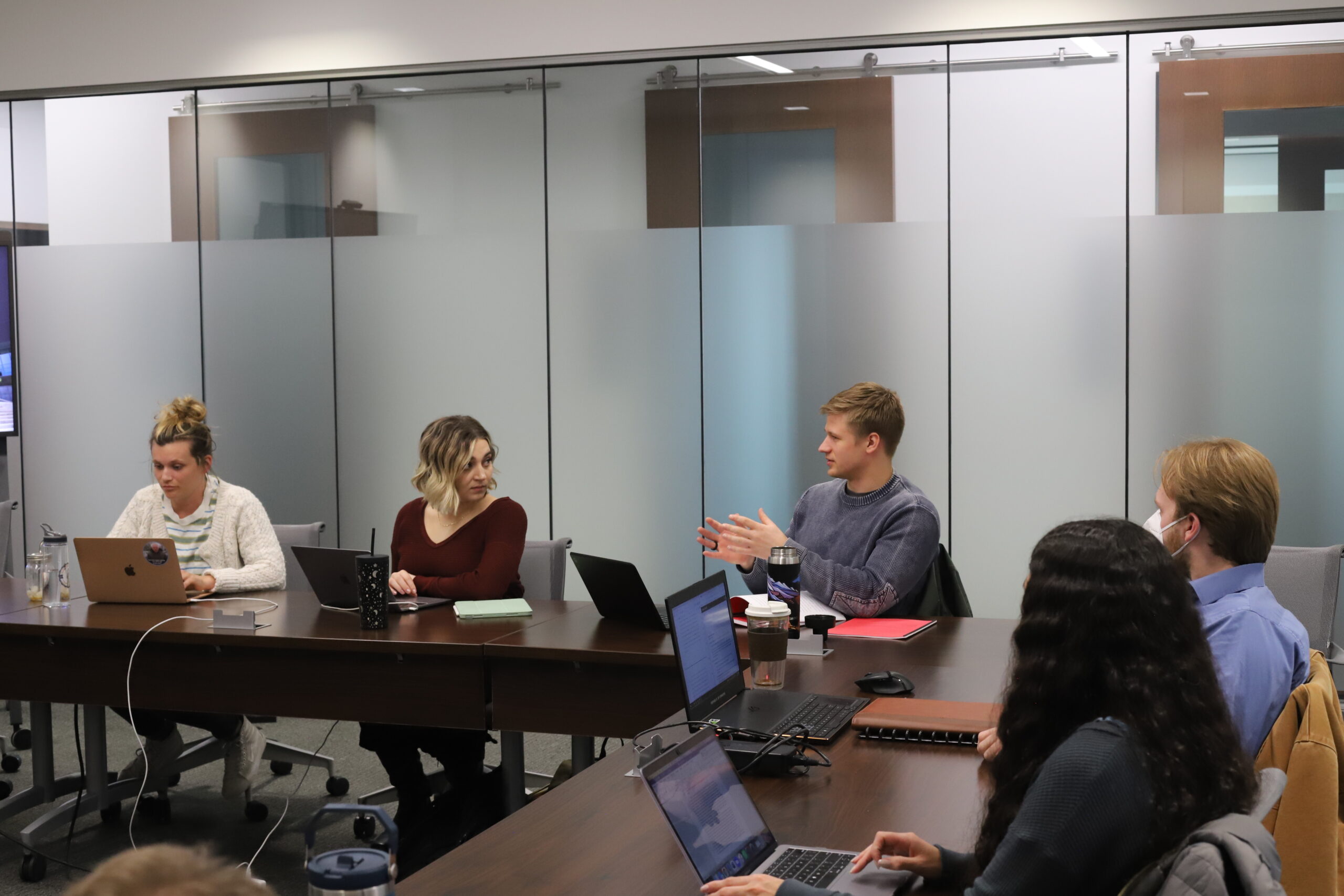 I think we have a lot of good candidates to be future justices on the Utah Supreme Court!”

Cassell continues to be a favorite professor among the law students at the S.J. Quinney College of Law, and this in-class moot court experience is a perfect example of why.

“I took the class because Paul Cassell is one of the foremost experts in and advocates for victims’ rights in the country,” Becerra said. “He’s a preeminent legal writer and scholar, and the opportunity to learn from him appealed to me greatly. I also took his Criminal Procedure class last year. I currently work for the Salt Lake County DA’s Office and hope to be a prosecutor in the future. I credit Professor Cassell with much of the useful knowledge I bring to that job.”