By Justin R. Hamady for BiolawToday.org. 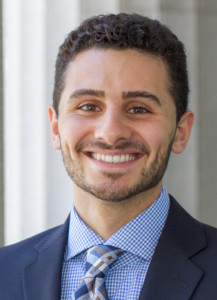 On October 20th, the Center for Law and Biomedical Sciences at the S.J. Quinney College of Law, hosted guest speaker Melinda Fagan. Fagan holds the Sterling McMurrin Chair in the Department of Philosophy at the University of Utah and focuses her research on the philosophy of science, including explanation and experimental practice in stem cell and developmental biology. Fagan’s presentation explained CRISPR/Cas9, which is a new form of molecular technology with expansive potential in the scientific realm.[1] CRISPR stands for “clustered regularly interspaced short palindromic repeat.”[2] More fundamentally, however, CRISPR sequences are segments of DNA found in prokaryotes, comprised of short repeating base sequences.[3] In between these repeating sequences is DNA inserted into the genome from a foreign source.[4]  In nature, that source is a virus that infected the prokaryote.[5] But foreign DNA sequences can also be inserted by an experimenter.

Fagan explained that one of the important applications of CRISPR is a simple method of genome editing and gene targeting.[6] More specifically, CRISPR can potentially be used for engineering species, innovations in agriculture, gene therapy for congenital diseases, growth of particular stem cell lines, enhanced drug development, and targeted changes in germline for plants, animals and fungi.[7] Such an expansive field of applications has challenging ethical implications, however. CRISPR could allow for gene editing in embryos, stem cells and reproductive cells, effectively modifying the entire nature of an organism or customizing animal, plant, or human genes to serve anthropocentric interests.[8] Potentially, CRISPR could even be used to eliminate species. These potential applications pose serious ethical questions.

While the applications of CRISPR are expansive, Fagan explained that ownership over this technology has been controversial.[9] The current controversy centers on a patent conflict between Professor Feng Zhang of the Broad Institute and Professors Jennifer Doudna and Emmanuelle Charpentier of UC Berkeley and Berlin’s Helmholtz Center for Infection Research, respectively.[10] In late 2011, Zhang allegedly used CRISPR technology to conduct lab edits on human genomes; this research was unpublished.[11] In May 2012, Doudna and Charpentier initiated a patent application and the following month published a paper on CRISPR.[12] In December of 2012, Zhang initiated a patent application for CRISPR along with his colleagues and published a paper on his findings in early 2013, which built on and cited Doudna and Charpentier’s earlier paper.[13] Doudna and Charpentier then filed their patent application on March 15 of 2013.[14] Zhang, however, filed a fast track application in October of 2013 and was awarded the first CRISPR patent in April of 2014.[15]

Fagan discussed the different scientific backgrounds of the professors involved.[16] Professor Zhang is a synthetic biologist who demonstrated CRISPR genome-editing in mammalian cells, while Doudna and Charpentier have backgrounds in molecular and microbiology and demonstrated CRISPR through in-vitro cells and microorganisms.[17] Fagan frames the patent debate as focused on whether it was “obvious to a person of ordinary skill in the art” to make the move from prokaryotes to eukaryotes with respect to CRISPR.[18] The UC Berkeley team contended that it was very obvious from the nature of the research that CRIPSR could be applied to eukaryotes as well and that that would be the next step.[19] Furthermore, email correspondence initiated by Zhang in January of 2013 could imply that he was inspired by Doudna and Charpentier’s work.[20] Fagan proposed, however, that the general inquiry of obviousness as an inference from the previous work done by Doudna and Charpentier should be determined by reference to the norms of the researchers’ fields: molecular biology/microbiology, and synthetic biology.[21]  Because the parties to the dispute are from different fields, the determination of obviousness could vary, depending on which field’s norms are considered. In molecular biology and microbiology, Fagan argued, the inference would be obvious to make.[22] While Fagan noted the newly developing nature of synthetic biology, which make its norms less clear, she also pointed to how the field is largely continuous with molecular biology, suggesting similar norms would apply.[24] The presentation’s main conclusion was that the norms and customs of Zhang, Doudna, and Charpentier’s scientific fields, point to an inference that moving to mammalian cells from in-vitro results was obvious.[25]

Fagan closed her presentation by noting the very close connection between biological discovery and engineering applications.[26] She also posed questions about how we should arrive at models and explanations in interdisciplinary contexts.[27]

Regardless of who is credited for this technology, however, the applications and effects of CRISPR are expansive and promising.

Justin Hamady is currently in his third year at the S.J. Quinney College of Law. Justin graduated from University of California, Irvine with a B.A. in Economics and a minor in Political Science. His legal interests include criminal law, health law, and international law and he plans on pursuing a career in public interest law. In his free time he enjoys mixed martial arts, making music, pick-up sports, and backpacking. Finally, Justin is a die-hard Golden State Warriors fan!

[10] Id. At the time of the key publications and patent filing, Charpentier was a Professor at Umea University, Sweden.