By Steven Swan for BiolawToday.org. 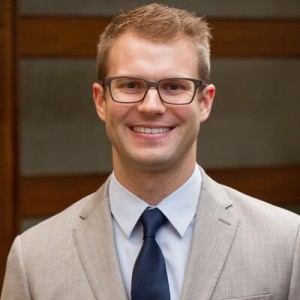 Here at the Center of Law and Biomedical Sciences, we are committed to addressing the ever-changing legal landscape in “areas of health policy, the life sciences, biotechnology, bioethics, and the medical and technological arts, in order to help overcome the most critical health-care challenges of our times.”[1] And at issue in this article are the “medical and technological arts,” specifically magnetic resonance imaging machines commonly referred to as “MRI” machines.  On December 30, 2016, the US Patent Trial and Appeal Board delivered its opinion in Ex parte Hiroyuki Itagaki,[2] wherein one of the PTAB’s many panels of Administrative Patent Judges (APJ’s) held an MRI machine an abstract idea under 35 U.S.C. § 101, specifically the Supreme Court’s 2014 decision in Alice v. CLS Bank.

An abstract idea is one of three judicial exceptions to patentable subject matter—abstract ideas, laws of nature, and natural phenomena. Intuitively, these make sense: Nobody can patent or claim ownership over the building blocks of society or the fundamental truths that make the world go ‘round. But practically speaking (to give this decision some additional context), ever since that dreadful June day in 2014, practitioners, clients, district court judges, patent examiners, APJs, and even the Federal Circuit have all struggled to understand and properly apply the patent eligibility test outlined in Alice. Yet, even putting the Alice mayhem aside, the elephant in the room is obviously “how can a machine be an abstract idea?” And to put it bluntly, I have no idea. But let’s walk through the analysis.

Technically, the first step in any patent eligibility analysis should begin by looking at whether the claims fall under one of the four statutory categories of invention: process, machine, manufacture, or composition of matter. However, most analyses skip this step (at least in the written decision by the judge) since a valid claim must expressly state a version of one of these categories. Here, the claim MRI “apparatus” falls under the machine category.

The next step is the “directed to” inquiry, wherein we ask whether the claims are directed to an abstract idea (or other judicial exception). The tricky part here is that no Court has expressly identified what is and what is not an abstract idea. Instead, Courts rely on precedent in order to determine by way of analogy that concept X at issue is patent ineligible because it is similar to concept F that has already been held by Courts as patent ineligible. Where examiners and APJs get themselves in trouble is laziness: they deem the concept at issue as patent ineligible without analogy to case law. Let’s see how the APJs did here in Ex Parte Hiroyuki Itagaki.

In three short sentences, the APJs perform the “directed to” inquiry, usually a symptom of oversimplification. Here it is: “Taking claim 1 as representative of the claims on appeal, the claimed subject matter is directed to classification. Classification is a building block of human ingenuity. As such the classification concept is an abstract idea.” Notice anything missing? Yes, analogy to precedent or really any analysis at all. This is a classic violation of the Alice analysis. The Federal Circuit and Supreme Court have repeatedly opposed an overgeneralized analysis for determining whether claims are directed toward patentable subject matter.[3] In Alice, the Supreme Court noted that “describing the claims at such a high level of abstraction and untethered from the language of the claims all but ensures that the exceptions to § 101 swallow the rule.”[4] And in Diamond v. Diehr the Supreme Court cautioned that overgeneralizing claims, “if carried to its extreme, make[s] all inventions unpatentable because all inventions can be reduced to underlying principles of nature which, once known, make their implementation obvious.”[5]

So since the PTAB didn’t perform the proper “directed to” inquiry, I have included a brief version of what the USPTO (per their examination guidelines consistent with Supreme Court and Federal Circuit case law) requires of their examiners: Under the abstract idea judicial exception, are the claims directed to: (i) a fundamental economic practice, (ii) methods of organizing human behavior, (iii) an idea of itself, and (iv) mathematical relationships/formulas?[6] Here, the only plausible category of abstract ideas is an idea of itself since the PTAB alleges the claims are directed to “image classification.” However, “[t]he phrase ‘an idea of itself,’ is used to describe an idea standing alone such as an uninstantiated concept, plan or scheme, as well as a mental process (thinking) that “can be performed in the human mind, or by a human using a pen and paper.”[7] Surely, with the claims inextricably tied to the MRI machine, there is no possible way to perform the claims mentally or with pen and paper. In short, a thorough, proper analysis would reveal that the claims are not directed to an abstract idea.

Curiously, the APJs in this decision had a chemical background. You might wonder, why would this matter? An “informed source” stated, “There have been any number of sketchy decisions issued by chemical APJ panels over the past few years in cases that should have been assigned to mechanical/electrical panels that have more experience in deciding appeals having issues such as does functional language impose structure on the claim and 101 issues involving computer related inventions, etc.”[8]

At any rate, this PTAB decision is incredibly off the mark. And it isn’t just this decision. As a result, I believe the time for patent reform, specifically reform under § 101, is now. If an MRI machine cannot pass the Alice gate, then what should?

Steven attended Brigham Young University where he graduated in Mechanical Engineering. For his senior project, Steven helped develop calibration methods for General Electric’s deep-sea proximity probes. During school, Steven also worked as a full-time student engineer on product development teams at US Synthetic, a Shingo Prize manufacturing company, specializing in synthetic diamond cutters used around the world by oil and gas drilling companies. He is a law clerk for Maschoff Brennan, an IP firm in Salt Lake City, Utah, and is currently a 3rd year law student at the University of Utah pursuing Patent Law. Steven is a registered patent agent.