By Jim Keyes for EDRblog.org. 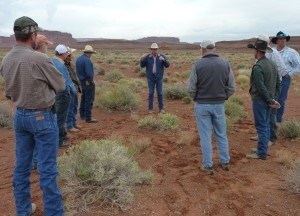 As human beings we have the ability to form thoughts and ideas in our mind. If not expressed, these notions remain our private property indefinitely. These surreptitious concepts are a little like the unknown plant that grows somewhere in the world that holds the cure for cancer. If we never find it, it never has the opportunity to improve the destiny of the human race.

When two or more sides of a conflict choose not to come to the table and discuss viable options, the conflict intensifies. Not because the logistics of the situation have changed, but because the participants are blundering around on the path to nowhere, led only by their own limited designs.

After spending a lifetime involved with public lands grazing issues, and the last twenty five plus years facilitating solutions to those problems, I have learned one thing: The only answer is for unrestricted, open discussion by all interested parties. Of course, this must be done amicably and with a level of respect.

Unconstrained dialog can have several positive outcomes. First, it helps to eliminate fear. Once we get to know someone new, our preconceived notions often prove to be untrue. We find out that in many ways our new associates are just like us. We become more comfortable expressing our own thoughts and opinions in their presence.

Secondly, all participants are offered a great learning experience. There will be those who won’t accept it, but those who open their minds and hearts will receive all kinds of new information. Each person has their own peculiar paradigm formed by their journey down the conduit of life. Each person has much to offer others who are on the same trek. The old adage, “We can learn something from everybody,” possesses a lot of truth.

Third, an open discussion provides ownership in the resolution. “Buy in” is extremely important to the human psyche as well as to the long-term success of the solution. We all want to be part of something successful.

Fourth, we learn to share. Even though sharing is something we should have learned at an early age, some either didn’t learn or have forgotten how it works. Through the discussion process, most people realize they cannot have everything they want. There has to be a certain amount of give and take. When my grandson is displeased because he doesn’t get everything he wants, he throws a tantrum by winging a toy truck across the room. In the realm of solving public grazing land issues, when some groups don’t get all they want they throw a tantrum, it’s called, “going to litigation.”

Many years ago, I participated with a collaborative group that was planning and implementing projects on public lands in southeastern Utah. The projects were designed to help the management of environment, wildlife, recreation, and livestock grazing. Many interests were represented by the members of the group. We all got to know each other, and the endeavor was very successful in obtaining funding and instigating projects. After the group had been up and running for about three years, a new person was allowed to join the collaboration. This person claimed to represent the needs and desires of the “hardcore environmental community.” The individual did not believe in the concept of give and take. Soon the entire character of the group changed. Eventually participants began withdrawing, and in a short period of time the entire effort died.

To make open dialog successful, those who participate in the exchange must practice certain personal skills. Very importantly, one must be a very good listener. Have you ever spoken with someone who is so busy thinking about what they will say next that they hear nothing of what you say?

Just as important is empathy. As a college student I worked as an interpreter for Utah State University programs on the Navajo Reservation. I still spend a great deal of time working with the Navajo Nation, and it has helped me appreciate the process of communication.

When I began facilitating meetings between ranchers and federal land management agencies, it did not take me long to realize that each side was speaking a different language. I found myself becoming an interpreter in meetings where everyone spoke English, but communication was non-existent. Empathy was needed from both parties to break down the barriers and begin the process of coalescence. This includes not only the spoken word, but the needs and desires of all parties involved. 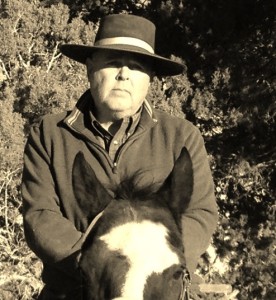 I truly believe that most issues that arise concerning the use of public lands can be solved by solid open-minded discussion, and a willingness to understand where each participant comes from. This cannot be done in an atmosphere of trepidation. Members of the group must feel safe in expressing their thoughts, opinions, and feelings. No good can be accomplished without trust.

Jim Keyes, an Associate Professor, is a Range/Animal Scientist for Utah State University Extension. He works with public land issues that deal mainly with livestock grazing. He also teaches classes in Animal Science and Natural Resources at USU’s Blanding Campus. He and his son have a cattle operation near Monticello, Utah.