By Dave Duncan for BiolawToday.org. 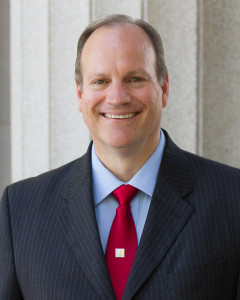 Should the “presumption of validity” regarding issued patents be reversed? A patent application goes through an extensive examination process at the United States Patent and Trademark Office (“USPTO”). If and when the applied-for patent is issued, it is presumed to be valid in subsequent legal challenges unless it can be proved otherwise by clear and convincing evidence. During the 2015 Law Review Symposium at the SJ Quinney College of Law, the idea of reversing that presumption of validity was suggested as a method of more-easily dealing with patents of questionable value when asserted by Non-Practicing Entities (“NPEs” or, pejoratively, “Patent Trolls”).

The Law Review Symposium was held Friday, October 30th, and was entitled: Legal Innovation and Modern Entrepreneurship. The first session focused on the topic of Entrepreneurship and Intellectual Property and consisted of a panel of Robin Feldman, Michael Burstein and Eric Paulsen. The session was moderated by SJ Quinney Professor Amelia Rinehart.

At one point in the discussion, Michael Burstein, questioned whether the presumption of validity regarding issued patents is still wise. In Microsoft v. i4i, 131 S. Ct. 2238 (2011), the United States Supreme Court strongly upheld the validity presumption by unanimously deciding (8-0, with Roberts recused) that proving a patent invalid can only be accomplished by meeting the elevated standard of “Clear and Convincing Evidence.” It would now take an act of Congress to overturn that presumption of validity.

Burstein pointed out that in the early 2000s many business method patents were issued for well-known processes just because they added the words “performed on the internet” or “performed by a generic computer” to the description of an already well-known process. While this did result in many questionable patents, recent court decisions–Alice v. CLS Bank, 134 S.Ct. 2347 (2014), in particular–have all but put an end that practice.

Despite the recent angst against NPEs, the patent system still serves a valuable purpose for many inventors, and for many worthwhile inventions which would otherwise be easily subject to copying. Without the protection of easily-enforceable patents, recovering the research and development costs of many innovations could be much more difficult. While disposing of the presumption of validity would surely reduce the enthusiasm of the NPEs, it would just as surely make it much harder to protect and foster the legitimate innovation that the Progress Clause of the U.S. Constitution (Article I, Section 8) was designed to encourage.

Since the Alice decision in June of 2014, most software-only and business-method-only patent applications have been flatly rejected. In fact, it seems that many legitimate applications are also getting swept up in the Alice-rejection wave. Arguably, the problem of the USPTO wantonly granting questionable business method patents has been corrected. Some patent prosecutors who are struggling through the post-Alice morass would vehemently argue that it has been over-corrected.

But that still leaves a mountain of patents from 2000-2014 of questionable validity. Fortunately, it doesn’t take much to invalidate such patents these days. A recent patent asserted against a Utah company, Jive Communications (case 2:14-cv-00559 in the United States District Court for the Eastern District of Texas), was invalidated in summary judgment and the case dismissed with prejudice, using an Alice-based argument. And that was in the plaintiff-friendly Eastern District of Texas.

Yes, it could still take an insurmountable amount of court time to invalidate all such deserving patents in the 2000-2014 timeframe in question. But the very fact that asserting one of these questionable patents will likely engender its invalidation should have a chilling effect on NPEs who would otherwise be tempted to assert the patent. This theory is buttressed by the dramatic drop in the number of cases filed by NPEs in the second half of 2014, after the Alice decision. The filing rate is picking up again in the first half of 2015 (but not to first-half of 2014 levels). That may be due to NPE-desperation as much as anything.

The patent-examination process has undergone a dramatic correction in the wake of the Alice decision. This correction has struck a blow to questionable-patent assertion by NPEs. A continued firm hand against weak patents in the federal court system may well be an adequate solution to the problem of NPEs bogging down the system with the assertion of obviously-invalid patents.

The patent-examination process, despite the impressions caused by some highly-publicized, outlier patent grants, is usually a fairly thorough process involving dozens of hours of time from inventors, patent lawyers and patent examiners. Furthermore, very few patents are granted on the initial application. Most issued patents have been through at least one round (and often, more) of rejection-and-response before the patent is granted.

The post-Alice patent-examination course corrections by the USPTO, and the invalidation of less-rigorously examined patents in the federal courts should be enough to quell the plague of the patent trolls, and Congress should not need to resort to the drastic measure of reversing the presumption of validity on all patents.

Dave has a Bachelor of Science degree in Mechanical Engineering from Brigham Young University and a Master’s of Business Administration from Pepperdine. He is currently a second year law student at the University of Utah S.J. Quinney College of Law where he is a Center for Medical Innovation Fellow. After law school he plans to practice law as a patent attorney. Prior to law school, Dave had two careers–first as an aerospace engineer designing military cargo aircraft and commercial airliners. His second, and even longer, career was coding commercial desktop and web applications as a software engineer. He has replaced his pre-law-school hobbies of sailing and scuba diving with volunteering in the law school’s pro bono initiatives (PBI), and is currently the student director of the PBI’s Street Law Clinic.