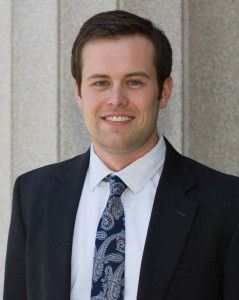 Nearly four years ago one of my best friends and a man whom I greatly respected—my grandfather—died tragically at age eighty-three. In excellent health, he was on his way to a meeting for the Boy Scouts of America when he suffered a ground-level fall and hit his head. In a matter of a few hours, he was gone; but the primary cause of his death was not the fall—it was a new medication called Pradaxa (a blood-thinning agent used to help prevent blood clots for patients with atrial fibrillation). The accident, which occurred about ten days after my grandfather started taking Pradaxa, resulted in horrific hemorrhaging in his brain. The doctors were not able to do anything to help because Pradaxa lacks an antidote to stop bleeding when injury occurs. They stated that if he had been on a different blood thinner he would have gone home with a headache but nothing more.

My grandfather’s story is not unique. The New York Times published an article about an elderly man on Pradaxa who similarly fell and was rushed to the emergency room alert and talking. The doctor on scene recalled, “We pretty much threw the whole kitchen sink at him, but he still bled to death on the table.”

The Times also recounts how a woman who watched her sister die right in front of her because of Pradaxa. She emphatically stated, “My [number one] goal is to stop this insidious drug [and] to get this off the market, so others will not undergo or witness what I saw.”

Prior to Pradaxa’s arrival, Coumadin was the oral blood thinner of choice—it was really the only choice. Because no other drug could provide superior benefits, it dominated the blood-thinning market for nearly half a century. Though effective, Coumadin comes with many of its own disadvantages: delicate dosage requirements, frequent doctor visits, regular blood tests, and significant diet restrictions. Pradaxa’s market edge centered on its low patient monitoring requirements.

In 2011, a year after Pradaxa was approved by the FDA, the drug was identified as the primary cause for 542 patient deaths reported to the FDA—almost 500 more deaths than Coumadin during the same period. By the end of 2012, Pradaxa was responsible for over 1,000 deaths and thousands of serious injuries, according to the Institute for Safe Medication Practices.

The difference between the two drugs lies in the fact that each thins blood in different ways. Coumadin limits vitamin K activity, an essential element in the chemical process when blood clots are formed. Pradaxa on the other hand, constrains thrombin, a protein necessary to clot blood. Coumadin has an antidote to reverse its effects: If my grandfather had been on Coumadin at the time of his accident, a doctor would have simply prescribed vitamin K to stop the internal bleeding. Four years after Pradaxa’s release, there is still no antidote.

Some have faulted the FDA’s expedited approval process for Pradaxa’s ill effects. In his article, “The Safety Risks of Innovation – The FDA’s Expedited Drug Development Pathway,” Dr. Thomas J. Moore summarized the FDA’s dilemma when deciding whether to expedite the approval process for a drug: “Although enabling new drugs with a favorable benefit-to-harm balance to become available to patients more rapidly is a laudable goal, the underlying question is what public health risks are taken when drugs are approved for widespread use while important safety questions remain unanswered.” Considering the statistics after just two years on the market, I believe Pradaxa’s public health risks were greater than its benefits.

With new technologies tackling the most difficult medical issues and increasing patient demand, it’s easy to understand the desire for an expedited trial process for certain drugs, but when the target population involves an elderly and vulnerable population, and where there is a viable alternative medication available in Coumadin (although admittedly imperfect), the FDA should have taken the utmost care in its approval process. In 2011, Pradaxa and Coumadin, the two biggest drugs in the blood thinning market at the time, ranked first and second among all drugs directly reported to the FDA according to the Institute for Safe Medication Practices. Prior to Pradaxa, Coumadin consistently ranked near the top in direct reports to the FDA. The pharmaceutical means of blood clot prevention is simply more dangerous and substantially riskier than other areas.

When Pradaxa was put on an expedited track, the FDA shortened the phase three trial from the required minimum of two trials to a large single trial. Phase three is designed to gather more information about safety and effectiveness among different populations. Considering Pradaxa’s vulnerable and injury-prone target population, a more thorough phase three analysis could have foreseen the drug’s potential ill effects.

In May of this year, Boehringer Ingelheim Pharmaceuticals, the manufacturer of Pradaxa, settled more than 4,000 state and federal lawsuits for $650 million; however, in doing so the company denied any wrongdoing. The company’s head of legal counsel stated, “We continue to stand resolutely behind Pradaxa and believed from the outset that the plaintiffs’ claims lacked any merit.” He went on to say that the reason for the settlement was to avoid the distractions and uncertainty of drawn-out litigation. The ruling of a federal district court in Illinois (before the settlement was reached) seems to suggest otherwise. In Sellers v. Boehringer Ingelheim Pharm., Inc., the court denied Boehringer’s motion for failure to state a claim and instead found that Sellers’s claims contained ample merit to go to trial.

In Sellers, the plaintiff spent five days in the hospital after suffering severe gastrointestinal bleeding that was caused and/or worsened from taking Pradaxa. The plaintiff, although acknowledging certain risks associated with Pradaxa, alleges that Boehringer failed to adequately warn and disclose such risks. Specifically, plaintiff alleges Boehringer’s failure to adequately warn or disclose information about the drug’s irreversible bleeding risks, protocol for reducing anticoagulation effects, risks of increased bleeding among certain populations, and risks of excessive and/or uncontrollable bleeding. The plaintiff also alleges that Boehringer failed to adequately research and investigate the drug’s ill effects.

The plaintiff and her prescribing physician both claim to have relied on the misinformation disseminated through Pradaxa’s marketing campaign, in addition to its labeling and prescribing information. Each stated that they could not have known that by taking Pradaxa, plaintiff could experience uncontrollable bleeding. Plaintiff asserts that if she would have been adequately warned, she would not have taken the drug.

Based on Sellers’ alleged complaints, the district court held that Sellers sufficiently pled the following claims:

In addition to these six claims, the court held that Boehringer was not protected by the learned intermediary doctrine because “a manufacturer that conceals a drug’s adverse side effects from physicians is not protected” under the doctrine.

In summary, Pradaxa has been shown to outperform Coumadin in having a lower risk of clot-related strokes and bleeding in the brain. But considering its vulnerable and injury-prone target population, its history of serious injury and death, and the existence of a suitable alternative medication, Pradaxa, as Dr. Moore warned, poses serious public health risks warranting its removal from the market until an antidote is discovered.

Daniel Goaslind is currently a second year law student at the S.J. Quinney College of Law and a Center for Law and Biomedical Sciences Fellow.  Daniel graduated from the University of Utah with a B.S. in Political Science and is planning on pursuing a career in health care law. He is an avid Utah Jazz fan, an outdoor enthusiast wannabe, and a future father to be.