By Alexis Juergens for BioLawToday.org. 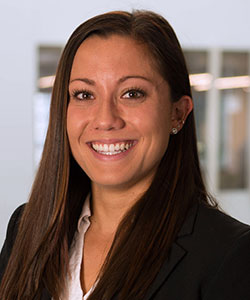 President Trump released his preliminary 2018 budget plan on March 15th. While the budget plan proposes decreased federal funding in several areas, one of the agency’s receiving a cut in their budget is the National Institute of Health (“NIH”). The budget proposes to reduce NIH funding by 18%; this equates to a $5.8 billion reduction.[1]

The NIH is a part of the United States Department of Health and Human Services, is the nation’s medical research agency, contributes to the many important discoveries that improve health and save lives,[2] and is the largest public funder of biomedical research in the world.[3] In the fiscal year of 2016, this federal agency contributed $32 billion for biomedical research.[4] “More than eighty percent of NIH’s funding is awarded through almost 50,000 competitive grants to more than 300,000 researchers at more than 2,500 universities, medical schools, and other research institutions in every state around the world.”[5] Some improvements due in part to the NIH are, but not limited to: the life expectancy of the average American increasing by eight years between 1970 and 2013; the death rate of babies before their first birthday falling from 26 of every 1,000 babies in 1960, to only 6 per 1,000 babies in 2013; and deaths from heart disease falling 67.5% from 1969 to 2013 through the research advances supported by the NIH.[6] In addition: the first human liver transplantation was performed by an NIH grantee in 1967; NIH intramural scientists developed the first cell-targeted enzyme replacement therapy for Gaucher disease and conducted the first successful clinical trial in 1991, providing a new gold standard therapy for a rare genetic deficiency; and NIH-funded research helped lead to the development of tofacitinib, the first new rheumatoid arthritis drug in more than a decade that can be taken as a pill, rather than an injection, to slow or halt joint damage.[7] The list goes on and on, but it is well established that the NIH “improves health by promoting treatment and prevention, contributes to society by driving economic growth and productivity, and expands the biomedical knowledge base by funding cutting-edge research and cultivating the biomedical workforce of today and tomorrow.”[8]

The NIH uses very little of its typical annual budget on the agency’s budget.[9] In an op-ed by Harold Varmus, the former NIH Director, some clarification was given pertaining how the NIH’s budget is utilized:

government scientists who manage the funding of the NIH’s research programs consume less than [five] percent of its budget. Only a bit more, about [ten] percent, supports the work of government scientists, [and] over eighty percent of its resources are devoted to competitively reviewed biomedical research projects, training programs and science centers, affecting nearly every district in the country.[10]

At the start of each year, most of NIH’s dollars are already committed to recipients of awards from prior years.[11]This means that the proposed budget cut would “effectively prevent the awarding of new grants or the renewal of any that have reached the end of a multiyear commitment.”[12] In addition, junior scientists, who struggle in a highly competitive atmosphere, may not get a chance to have an academic career.[13] These proposed reductions would “directly affect whether undergraduate and graduate students in STEM fields at the U.S. institutions persist in those careers.”[14] Joanne Carney, the director of government relations at the American Association for the Advancement of Science, states that “[w]hen you see such drastic reductions in federal spending, it discourages students from completing or pursuing STEM degrees. . . . Those who have already completed their Ph.D.’s and are trying to get their first research grants may look overseas. Other countries are going to look more desirable.”[15]

Furthermore, the proposed budget includes “a major reorganization of NIH’s institutes and centers to help focus resources on the highest-priority research and training activities.”[16] Specifically, this reorganization would include completely eliminating the $70 million Fogarty International Center, which focuses on “global health by supporting research on the topic and by training researchers to work in developing countries.”[17] The Fogarty International Center is essential because many of the serious health threats faced within the United States actually originate elsewhere.[18]

The University is dependent upon the recovery of F&A costs in order to maintain the infrastructure necessary to support sponsored activities. Faculty, staff, and students involved in research and sponsored programs experience the benefits of F&A cost recovery every day when they enter a building, turn on the lights, consult with a research assistant, get help from research administration professionals when they write proposals or in managing grants and contracts, or use the telephone, internet, or the libraries just to name a few examples.[22]

Dr. Jeff Botkin, along with many others, have also expressed their general concern over the role of science within President Trump’s administration, specifically pertaining to the vacancies of the top advisers on technology or science.[24] So far, President Trump has only made one hire within the area of technology and sciences: deputy chief technology officer Michael Kratsios, the former chief of staff for Peter Thiel.[25] At this point, it is unclear as to whether the vacancies are a result of the Administration’s overall slowness in hiring or a signal that the President places less importance on science and technology than prior Presidents.[26] Critics note that former President Obama appointed his top science adviser, John P. Holdren, a Harvard physicist and climate-change expert in December 2008, weeks before his inauguration.[27] Vinton G. Cerf, a computer scientist and the vice president of Google, stated that “[t]he impression [the vacancies] leaves is that Trump isn’t interested in science and that scientific matters are a low priority at the White House.”[28] In response to the high number of vacancies across President Trump’s administration, the President has stated that “a lot of those jobs, I don’t want to appoint, because they’re unnecessary to have. . . You know, we have so many people in government, even me . . . I look at some of the jobs and it’s people over people over people. I say, ‘What do all these people do?’ You don’t need all those jobs.”[29] As compared to recent years, science and technology has expanded at the White House. During the George W. Bush administration, there were 50 people in the office, but Mr. Obama increased that number to 130.[30] President Obama looked to the science office during crises such as the 2014 Ebola outbreak within Africa; the 2011 nuclear spill in Fukushima, Japan; and the Deepwater Horizon oil spill in the Gulf of Mexico in 2010.[31]

Many actors within the scientific community have shown their disapproval of the proposed budget cuts to the NIH.[33] On March 19th, speaker Paul Ryan stated that he expects to see some changes made to the proposed budget, specifically concerning the cuts to the NIH.[34] Ryan states that the NIH is “something that is particularly popular in Congress . . . [s]o that’s something that I think in Congress you’ll see probably some changes.”[35] As Harold Varmus, the former NIH director, stated, “[a] presidential budget request is a proposal, not a done deal.”[36] Although this budget cut of 18% will likely change, Dr. Jeff Botkin states that even a 5% cut in NIH funding would be highly problematic for the field.[37]

Alexis Juergens is currently a second year law student. She graduated Magna Cum Laude from Northern Arizona University with a B.S. in Criminology and Criminal Justice with a double minor in English and Biology. While also studying at Northern Arizona University, Alexis was a Division I swimmer and named All American National Strength & Conditioning Association Athlete of the Year in 2015. She is interested in litigation with a focus on Intellectual Property law, and worked with Maschoff Brennan over her 1L summer. Alexis is involved with many organizations at the law school including president of the Student Animal Legal Defense Fund, secretary of Student Litigation Society, and the 2L representative for the Student Intellectual Property Law Association and Sports Law Club.

[2] Who We Are, National Institutes of Health, https://www.nih.gov/about-nih/who-we-are

[3] What We Do: Budget, National Institutes of Health, https://www.nih.gov/about-nih/what-we-do/impact-nih-research.

[20] Telephone Interview with Jeff Botkin, MD, MPH, Chief of the Division of Medical Ethics and Humanities in the Department of Internal Medicine, University of Utah (Mar. 30, 2017).

[37] Telephone Interview with Jeff Botkin, MD, MPH, Chief of the Division of Medical Ethics and Humanities in the Department of Internal Medicine, University of Utah (Mar. 30, 2017).