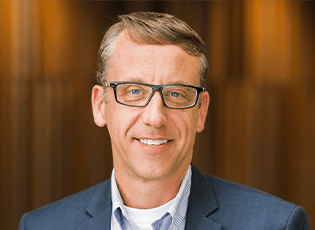 Professor John Ruple was recently invited to the White House as part of a summit featuring over 20 representatives from states, Tribes, the mining industry, environmental groups, labor unions, automakers, legal experts, and other stakeholders to discuss the need to update federal mining laws to enhance environmental protection and Tribal engagement while increasing domestic production of the critical minerals needed for our transition to renewable resources.

The summit was held on the 150th anniversary of the signing of the Mining Law of 1872 in recognition of the need for reforms and improvements to establish strong, 21st Century environmental and engagement standards that would allow for the responsible and sustainable development of domestic hard rock minerals.

“The 150-year-old General Mining Law is like driving a stagecoach, and it’s time to trade in the stagecoach for an electric vehicle,” said Professor Ruple in an official White House statement. “Today’s meeting included a broad representation of mining stakeholders—from multinational mining corporations, to Tribes and environmentalists, to organized labor and academia—universally, we agree on the value in updating the 150-year-old general mining law to increase the supply of strategic minerals and an opportunity to improve environmental stewardship and collaboration with Native Nations. I am honored to work with the Biden-Harris Administration on efforts to bring mining law into the 21st century and to secure for America the critical minerals that we need for a transition to renewable energy in an environmentally responsible manner.”

This meeting was the first external engagement of the Department of Interior-led Interagency Working Group on Mining Regulations, Laws, and Permitting, which is charged with providing recommendations to Congress on how to reform the mining law to ensure new production meets strong environmental standards throughout the lifecycle of the project, ensure meaningful community consultation and consultation with Tribal nations, and reduce the time, cost, and risk of mine permitting. Professor Ruple looks forward to continued collaboration with the White House on this important subject.