By Maura Murphy for BioLawToday.org

As  summer comes to an end, many Utahns are finding themselves far more concerned about the poor air quality than back-to-school shopping. Air quality is an issue every winter for people living in the Salt Lake area, but this year the problem has appeared far earlier, as large fires in Utah and California have created poor air quality for the past two months. In August, there were four days when locations in the Salt Lake Valley experienced air that was unhealthy for all groups and nine days that were unhealthy for sensitive groups, which include young children, older adults, and those with medical conditions like asthma. Of the remaining days, the air quality was good for only 16 days, and the vast majority, 33 days, were classified as moderate.

Bad air is dangerous  for everyone, but individuals under 18 are particularly susceptible. Children have a much faster respiratory rate than adults, causing them to inhale more pollution. High school athletes are at even greater risk. Due to extended time outdoors, high respiratory rate, and the deep breathing associated with exercise, high school athletes are potentially the most affected group. However, little is being done to protect these students.

Few high schools in the Salt Lake Valley have made any meaningful changes to their high school sport activities in response to the poor air quality. American Fork, Springville, Payson, Salem Hills, Maple Mountain and Provo high schools announced postponements or cancellations of their intersquad football scrimmages. And while it is good that these schools have taken notice, it’s only one day. Students are still practicing and conditioning each day. Further, while the media has largely focused on the effects of poor air quality on football players, it is important to note that other athletes, such as girl’s soccer teams and cross country athletes, are being affected. These sports, like football, require a large amount of cardiovascular activity and thus subject the athletes to increased pollution intake. Even more importantly, nothing has been done to make parents aware of the hazards or to change the schedules of these sports to protect the students.

Inevitably, the pressure to be competitive within their own league has caused most schools to continue to practice and condition as they would any other year. Ideally, the Utah High School Activities Association (“UHSAA”), the governing body for Utah high school sports, would have stepped in to ensure that local high schools were not compromising the health, safety, and well-being of their student athletes. Postponing games or agreeing to limited practice times across the Valley would not create a competitive edge for any one school, as all teams would be equally affected. If UHSAA had stepped in, rather than allowing each school to make its own decision about whether to practice or compete, the pressure on the coaches and the administration would have been reduced and a uniform decision could have been rendered—but  this did not occur.

In the future, if the UHSAA is unwilling to step in, the process of one elementary school could be adopted to make the decision much more objective. Spring Creek elementary school in the Salt Lake Valley decided to implement the same process they use during the winter when inversions create poor air quality. A flag system, based on the classification of the air quality, is used to determine when students are allowed to go out to recess. If the air is too bad, a red flag is displayed and this alerts the teachers that the children must stay inside for lunch and recess. If a yellow flag is displayed, the students are allowed outside for a limited time. Since this determination is based on the official classification of the air quality in the area, there are hard and fast rules about when it is safe for students to go outside.

The NCAA also has recommendations for practice and competition based on the Air Quality Index. This process is very similar to the one used by elementary schools in the Salt Lake Valley. However, the NCAA recommendations set definite AQI levels for different activity. For example, at AQIs of 200 or above all activity for sensitive athletes should be cancelled, prolonged exertion for all athletes should be avoided, and canceling the event or moving it indoors should be strongly considered.  If either of these basic processes were adopted by individual high schools or the USHAA, the decision to practice or compete would be simple, and would prioritize the health and safety of all students.

The air quality appears to be slowly improving thanks to the hundreds of firefighters working tirelessly to extinguish the wildfires that once covered the western United States. However, the air quality over the last two months should act as a warning to both schools and the UHSAA. Schools should learn from these past months and work with the UHSAA to establish a uniform policy for how to deal with air quality issues. If a policy is created and implemented parents can go back to worrying about the school supply lists rather than their children’s health. 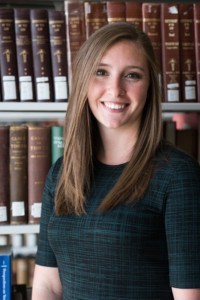 Maura Murphy
Maura is currently in her third year at the S.J. Quinney College of Law. She graduated from The George Washington University in 2016 with a B.A. in Speech and Hearing Sciences. While studying at George Washington, Maura was also a Division I softball student-athlete. She is interested in sports and health law, and plans to pursue a career in the compliance realm. Maura is also involved with multiple organizations at the law school including, serving as a board member of the Health Law Club, and co-president of the Sports Law Club. Maura’s fellowship is funded by Ancestry.com and she will be spending the Fall semester completing an externship at the NCAA headquarters in Indianapolis, Indiana.