By Kylie Orme for BioLawToday.org.

This month, the Alliance for a Better Utah and the Center for Law and Biomedical Sciences premiered the new film Donut Hole: Life in the Medicaid Coverage Gap at the University of Utah S.J. Quinney College of Law. The film addresses many important issues regarding Medicaid that impact Utahns right in our own backyard. Debuting to an audience of over 275 people, the Donut Hole brought out a diverse audience, ranging from patients and doctors, to friends and neighbors, to legislators and local community advocates.

Filmmakers and University of Utah medical students Spencer Merrick and John Michael Sanchez say their vision in creating the film was to share just a few stories of the 66,000 Utahns who fall into the gap, coming from all walks of life—a returned missionary, a Nepalese refugee family, an ex-convict, an alcoholic, a stay-at-home mom, and an elderly couple. Their education ranges from high school to college graduate, they are members of different faiths, and they come from a variety of job and cultural backgrounds. However, they have one thing in common—they all fall into the gap.

For those who aren’t familiar with the coverage gap, here is a brief synopsis. In 2010 the Affordable Care Act (ACA) (“Obamacare”) was signed into law, which included a state-optional extension of health coverage through insurance subsidies and an expansion of Medicaid, a federal-state program that helps low-income people access health insurance. To date, 22 states have yet to adopt the Medicaid expansion, including Utah, leaving more than 66,000 Utahns in the gap.

In 2014, Governor Gary Herbert released “Healthy Utah,” a state-funded version of the federal Medicaid expansion plan aiming to close the gap and pay for Medicaid expansion using Utah tax dollars, rather than accepting federal funds. The bill was introduced by the Governor and passed by the Senate, but unfortunately, “Healthy Utah” did not make it past the House of Representatives. Currently, Utah is still battling to find a solution to the Medicaid coverage gap.

Donut Hole raises both awareness and important questions about the issues that arise regarding the coverage gap: Who pays for it? Why hasn’t Utah taken action? How do those who want to contribute to society do so if they are too sick? Who provides for your family when you cannot? These difficult questions are affecting the lives of over 66,000 people in Utah alone, and they cannot be ignored.

To find out more about the coverage gap, visit coverthegap.org. Additionally, you can view a two-minute trailer for the film at betterutah.org/stillwaiting. 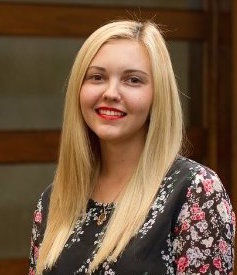 Kylie is currently a second-year law student at the University of Utah S.J. Quinney College of Law, where she is a member of the Utah Law Review. She graduated from Brigham Young University in 2012 with a B.A. in Advertising. Kylie plans to pursue a career in health law, specifically working with the law as applicable to innovative biotechnology. During her 1L summer, she clerked at Snow, Christensen & Martineau, where she will return for her 2L summer as well. In her spare time, she enjoys re-decorating her house, traveling the world with her husband, and reading fiction novels.