By 2L Kendra Brown for BioLawToday.org.

As a summer project, medical students Spencer Merrick and John Sanchez created a film, Donut Hole: Life in the Medicaid Coverage Gap, in order to put faces to the people in Utah who are suffering due to the lack of the State’s willingness to accept the Medicaid expansion.[1] Though the state legislature has received information regarding the extent to which thousands of Utahns are suffering from legislative inaction for the Medicaid expansion in many different forms, the film was created to invoke strong emotional responses of the state legislators who choose to remain ignorant. Donut Hole is another strong message directed at the “Gang of Six”[2] with the hope of ending their voluntary blindness towards the social costs of their refusal to act.

On March 23, 2010, President Barack Obama signed the Affordable Care Act (ACA) into law.[3] The Supreme Court upheld the ACA two years later on June 28, 2012.[4] As part of the new healthcare legislation, the ACA provides each state with federal funding that would cover 100% of the costs for Medicaid from June 2014 through December 2016.[5] The federal funding is provided in the form of a tax refund for State recipients and is based on the amount of federal income tax paid by Utah residents each year. By refusing to accept this refund, Utah is electing to reject $50 million in qualified returns each month.[6] Essentially, Utah is rejecting money on behalf of its citizens that its citizens have already earned. Due to this decision, Utah has needlessly left 65,000 Utah residents with a coverage gap.[7]

One explanation for what could be considered malfeasance on behalf of the legislature is that beginning January 1, 2017, the state’s economy my take a significant hit when the federal government reduces the full coverage to covering 90% of the Medicaid costs.[8] However, as a doctor and Utah legislator Raymond P. Ward explained, “the underlying fact is: if you have already paid for 90% of something, and you are getting nothing in return, if you cannot find a way to pay the final 10%, you aren’t trying very hard.”[9]

The film, Donut Hole, follows the lives and deaths of over a dozen Utah citizens who fall into the gap and continue to suffer from legislative inaction.[10] Because the state legislature was not persuaded by the numbers and statistics provided to it based on the repercussions of failing to expand Medicaid, Spencer and John chose to take those numbers to the next step and gives those numbers faces. John and Spencer worked with Lauren Howells and the Alliance for a Better Utah—an organization dedicated to improving the lives of all Utah citizens by ensuring balance, transparency and accountability in Utah government[11]—to “facilitate community conversation and involvement to ensure our legislature understands the urgency” of passing the Medicaid expansion.[12] Lauren Howells, a Karen Shepherd Fellow, stated that for years “the Utah legislature has missed deadlines and squandered opportunities to bring a solution to those still waiting for healthcare coverage. With the recently announced framework for a solution, it is past time to conclude this process, turn the framework into a plan, and provide Utah citizens with the access to the healthcare system that they so desperately need.”[13] 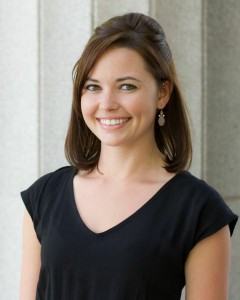 Kendra is currently a second year student at the S.J. Quinney College of Law and is a member of the Utah Law Review as well as the Student Director for the Medical-Legal Clinic. Kendra graduated from the University of Utah in 2009 with a B.A. in History after transferring from Colorado State University. Kendra loves to travel, scuba dive, and play soccer.