In their revolutionary book Getting to Yes: Negotiating Agreement Without Giving In (Penguin, 3rd edition, 2011), Roger Fisher, William Ury, and Bruce Patton introduced the world to the possibilities of mutual-gains negotiation, or integrative negotiation. The authors of Getting to Yes explained that negotiators don’t have to choose between either waging a strictly competitive, win-lose negotiation battle or caving in to avoid conflict.

Rather, they argued, bargainers can and should look for negotiation strategies that can help both sides get more of what they want. By listening closely to each other, treating each other fairly, and jointly exploring options to increase value, negotiators can find ways of getting to yes that reduce the need to rely on hard-bargaining tactics and unnecessary concessions.

In negotiation, it’s easy to forget that our counterparts have feelings, opinions, values, and unique backgrounds that contribute to what they do and say during talks. When misunderstandings and conflict arise in negotiation, we need to deal with the “people problem” directly rather than trying to gloss over it with concessions, according to the authors of Getting to Yes. Strive to imagine the situation from their counterpart’s viewpoint. If someone is refusing to back down from a hardline position, ask her how she thinks things are going. Exploring each side’s perceptions openly and avoiding the tendency to blame are key negotiation skills.

We tend to begin our negotiation by stating our positions. A homeowner might say to a developer, for instance, “I won’t allow you to develop this property.” When we stake out firm positions, we set ourselves up for impasse. In our goal of getting to yes, we need to draw out the interests underlying our counterpart’s positions by asking questions, such as, “Why is this property important to you?” By identifying what interests are motivating the other party, and sharing your own interests, you can open up opportunities to explore tradeoffs across issues and increase your odds of getting to yes.

Be sure that you and your counterpart have ample opportunities to express and discuss any strong emotions related to your negotiation. Allowing one another to speak your mind will benefit both sides. “Freed from the burden of unexpressed emotions,” write the authors in Getting to Yes, “people will become more likely to work on the problem.” They tell the story of a labor-management group that “adopted the rule that only one person could get angry at a time,” a tactic that prevented arguments from escalating. When you know that you will have your turn to express how you’re feeling, it will be easier for you to listen when your counterpart has his turn.

Throughout his career at the vanguard of integrative negotiation, Fisher stressed the importance of expressing appreciation as a means of breaking through impasse. “No one likes to feel unappreciated, and this is particularly true in a negotiation,” Fisher once told Program on Negotiation managing director Susan Hackley. In their book Beyond Reason (Penguin, 2005), Fisher and Dan Shapiro advised negotiators to express appreciation by working to understand the other’s perspective, seeking merit in that perspective, and communicating understanding through words and actions—all critical negotiation skills.

Communicating in a positive way is a much more effective means of getting to yes than blaming and criticizing. Instead of speaking on behalf of your group, speak only for yourself. For example, saying “Everyone on the team feels that you’re not pulling your weight” to an employee is likely to distract her from your message, as she will wonder who has been talking about her and what they’ve said. Instead, talk about what you personally have observed and express your concern: “Your recent work has fallen short of your high performance levels. Is there anything going on that is keeping you from doing your best?”

In Getting to Yes, Fisher, Ury, and Patton caution us to avoid the common negotiation trap of action and reaction: “If the other side announces a firm position, you may be tempted to criticize and reject it. If they criticize your proposal, you may be tempted to defend it and dig yourself in . . . if they push you hard, you will tend to push back.” To head off this vicious cycle, Fisher, Ury, and Patton introduce a negotiation skill they call negotiation jujitsu, which involves avoiding escalation by refusing to react. Instead, they advise us to channel our resistance into more productive negotiation strategies, such as “exploring interests, inventing options for mutual gain, and searching for independent standards.”

What methods have helped in you getting to yes? 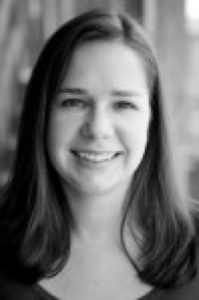 Katherine Shonk is the editor of the Negotiation Briefings newsletter, a monthly source of negotiation advice for professionals published by the Program on Negotiation at Harvard Law School. She is also a research associate for Harvard Business School and was formerly employed by the Kellogg School of Management at Northwestern University. Shonk received her BS from the University of Illinois at Urbana-Champaign and her MA in creative writing from the University of Texas at Austin. She has published articles in the Harvard Business Review and other management journals. An accomplished fiction writer, Shonk is the author of a novel, Happy Now?, and a short story collection, The Red Passport.