By Katherine Daly for EDRBlog.org

This year, one state in the nation will invest more than $1 million to support public policy and community-based conflict resolution and collaborative implementation. Perhaps more surprising is the fact that this amount is appropriated every year, and that the state has slowly and steadily increased its funding for conflict resolution and collaboration for more than two decades.

The explanation for this rare funding situation is the story of how the National Policy Consensus Center (NPCC) at Portland State University came into being. The NPCC currently receives $1.5 million annually from the state of Oregon to support on-the-ground testing of consensus building and collaborative governance through their three programs: 1) Oregon’s Kitchen Table, 2) Oregon Solutions, and 3) Oregon Consensus. It has taken 25 years for the center to evolve into the robust program it is today. The successes won and challenges encountered along the way yielded eight lessons EDR practitioners can apply in their own home states.

The first link between the state of Oregon to alternative dispute resolution (ADR) was forged during the late 1980s and early 1990s, when the nonprofit National Institute for Dispute Resolution (NIDR) made a push to foster ADR experimentation across the nation. Equipped with grant funding from the Hewlett Foundation, NIDR established statewide offices of dispute resolution in a handful of states, including Oregon, Florida, Minnesota, Texas, Ohio, and Hawaii. In Oregon, this office was called the Oregon Dispute Resolution Commission (ODRC) and received additional support from a percentage of court filing fees.

A similar process played out a decade later to create the NPCC. In 2000, the national nonprofit Policy Consensus Initiative (PCI, now known as Kitchen Table Democracy), which had been working with states on developing collaborative approaches to problem-solving, decided to build a national brick-and-mortar research and development center. The primary question was where in the country to locate it.

The ODRC’s success over the last decade had given the state of Oregon a reputation for collaborative work. Knowing that Oregon’s governor had an interest in their mission, PCI put out feelers to determine who at the state level might partner on the effort. Ultimately, the Dean of the College of Urban and Public Affairs at Portland State University agreed to partner, and PCI submitted a grant to fund the effort. The Hewlett Foundation awarded PCI $400,000 to establish the NPCC at Portland State University and, because the NPCC was to be housed within a public institution, the state of Oregon provided necessary matching funds. This was the second link connecting state funding to collaboration in Oregon.

Shortly after founding the NPCC, its director, Greg Wolf, sought small foundation grants to foster a sustainability program called Oregon Solutions. Wolf had developed this program in the Oregon Governor’s Office but realized that it would not receive adequate support there as a new initiative. The fledgling program flourished at NPCC and its aim evolved to focus on collaborative implementation of projects ranging from flood mitigation to early childhood literacy, which would serve as an applied context for research and development.

An unintended benefit of Oregon Solutions’ focus on implementation was that it created physical projects, which, in turn, effectively publicized and marketed the value of collaborative work to state legislators. This was in part due to the fact that elected officials were often tapped to be conveners of the projects, and therefore received training from NPCC’s project managers in impartiality and in Oregon Solution’s goals. Legislators therefore not only saw the tangible results of each project and heard testimonies of numerous, diverse stakeholders, they were sometimes involved themselves. Unsurprisingly, this combination of personal experience and material progress made a stronger impression than the more abstract accounts of dispute resolution successes brought about by the ODRC.

Over the next six years, more grants from the Hewlett Foundation rolled in and, with them, so did matching funds from the state. The NPCC also sought out local partners like the Oregon Community Foundation, which was instrumental in funding three highly successful Oregon Solutions projects. These projects dramatically increased support for the NPCC and helped catalyze the creation in 2006 of a line item that appropriated $2 million every other year from the general fund of the Oregon State budget. Interestingly, the line item was named “Oregon Solutions” because of the program’s popularity. Politically, it was more feasible to rally support for Oregon Solutions than for the NPCC as a whole.

The ODRC faced a challenge during this period. Although the ODRC had received a unanimous vote supporting its funding over the past 15 years, a personal conflict led to its abrupt elimination from the budget in 2004. The ODRC remained shuttered for two years, until the political conflicts at the state legislature were resolved. Wolf then saw the opportunity to transform the ODRC from an executive agency into a program at Portland State University. He resurrected it around 2006 under the name Oregon Consensus as a second applied research and development program of the NPCC. This meant that the two critical programs now had access to state funds via the university and benefitted from being housed in a more neutral setting.

In its place, a flat rate was appropriated from the general fund, which is fed in part by filing fees. This money is funneled through the State of Oregon Higher Education Coordinating Council to support the dispute resolution programs at the University of Oregon and Portland State University. The benefit of having funds routed from a general fund through the Higher Education Coordinating Council means that the funding is currently bipartisan and relatively resilient to budget cuts.

Lessons Learned
Before you have secured state funding:

Once you have state funding:

6. Diversify your funding strategy.
Seek contract work and grants to round out your budget, make you more resilient to state budget cuts, and maintain your network of partners. Oregon’s Kitchen Table is self-funded and has never been supported by legislative funding.

7. Remember that sustaining legislative funding is an ongoing lobbying effort.
Sometimes legislators are unaware of what collaboration is and what it can do for their constituents.

8. Educate your staff about the bigger picture of program sustainability.
These programs are based on partnerships–with the private sector, civic sector, and with agencies. Therefore, it is advantageous to have staff who are outward-looking to create and sustain those partnerships.

Thank You
A heartfelt thank you to Greg Wolf, current Director of Oregon County Solutions and former Director of both the NPCC and the Policy Consensus Initiative, and Laurel Singer, current Executive Director of the National Policy Consensus Center, for generously sharing their experiences and insights that formed the basis for this blog. 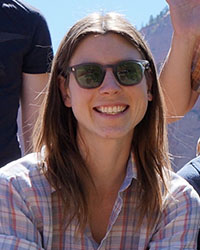 Katherine Daly is the Program Manager of the Environmental Dispute Resolution (EDR) Program at the Wallace Stegner Center, S.J. Quinney College of Law, University of Utah.