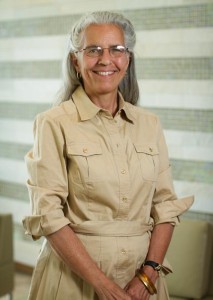 The papers have been full of handwringing and delight concerning the decision of the New York Supreme Court, Civil Division, New York County, enjoining New York City’s prohibition of the sale of sugary soft drinks in containers larger than 16 ounces.  I thought readers of this blog might find direct access to the decision helpful–along with a few observations that I haven’t seen in the press discussions.

–For purposes of the prohibition “sugary” drinks are drinks that have more than 25 calories/8 ounces, are sweetened by the manufacturer with sugar or another caloric sweetener, are non-alcoholic, and do not contain at least 50% milk or milk substitute (e.g. soy).  So a 20 oz venti Frappucino is not within the ban, even though it has 570 calories, because it is made with more than half milk.  Neither is a very large margherita . . .  and the prohibition applies only to food service establishments, not to grocery stores (so 7-11 Big Gulps do not come within it).

–One major (and most successful) contention of the petitioners was that the prohibition violated New York State’s separation of powers doctrine, because in enacting it the N.Y. Department of Health & Mental Hygiene had overstepped its authority as legislatively granted.  Under New York law, according to the court, four factors are relevant to this determination:  (1) was the regulation based on policy concerns not related to its stated purpose?  (2) was the regulation enacted on a clean slate without the benefit of legislative guidance, including the guidance of the City Council, the legislative body for the City under the City Charter? (3) did the regulation intrude on ongoing legislative debate?  and (4) did the regulation require technical expertise exercised on behalf of the enacting body?  The court found problems on the first three of these.

–One of the more interesting aspects of the opinion is the court’s extensive historical analysis of the powers of the Department of Health & Mental Hygiene under the New York City Charter.  The upshot of the analysis–sure to be controversial–is that the Department’s powers have been understood by the City Council largely in terms of the control of communicable disease.  (No obesity “epidemic” here.)

–The court thought that there was considerable ongoing debate both in the NY state legislature and in the NY City Council about various ways of approaching the health issues of obesity.  Both bodies had rejected related issues such as the imposition of a tax on sugary beverages.  The respondents said no one had considered restricting portion size–but the court was unpersuaded by this distinction.  Instead, it thought that the Department was treading on legislative territory.

–On the fourth factor, the petitioners’ argument was that the Mayor’s office had drafted the regulation and so bypassed the expertise of the Department.  The court found, however, that the Department had subjected the ordinance to public discussion and to its technical evaluation before enactment.