By Travis Walker for BiolawToday.org. 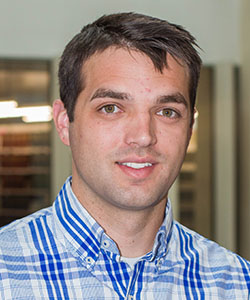 Part of the digital age is access to information. For sports fans this includes updates on players and strategy that is nearly instantaneous. Media leaders make it possible to know everything about a game – creating a want, if not an expectation.

Despite the numerous updates given daily, a single post in July 2015 inspired controversy. A picture of a medical record tweeted from an ESPN account[1] summed up a day of speculation, and led to the withdrawal of a $60 million contract[2] for a player in the National Football League.

The story of Jason Pierre-Paul extends far beyond medical care. Sometime on the 4th of July a major firework accident occurred at the home of the Defensive End for the New York Giants. News outlets scrambled to learn the extent of the damage, providing breaking news that ranged everywhere from “complete loss of the right hand” to a “miracle non-injury” for the Super Bowl veteran.[3] However, some days later a lead ESPN reporter resolved the mystery by tweeting pictures of Paul’s actual medical record, confirmed in paper and computer format.[4] Until that point, no one knew that Paul had his right index finger amputated and parts of his body skin grafted – not even the Giants, his employer. In the days that followed, the Giants withdrew its contact offer to Paul,[5] in part from the tweet.

While ESPN defended its act and source under journalist privilege,[6] the image questioned if there is a right to health privacy in sports. This post focuses on one point – the intersection of injury disclosure and HIPAA, or the Health Insurance Portability and Accountability Act. A discussion of those entities covered by HIPAA is offered first, followed by a recital of ethical and financial conflicts that surface when sharing the medical status of players. Finally, this post examines a common tool used by sports teams to avoid liability.

Congress enacted HIPAA in 1996 to address portable medical information. The law hoped to streamline the industry while reducing fraud or abuse.[7] To do so, HIPAA imposed fines for improper disclosures[8] – but only for entities covered by the law. In general, to fall under HIPAA a healthcare provider must conduct transactions in electronic form, be a health plan, or a clearinghouse.[9] Further, under HIPAA a “provider” is any person or organization that furnishes, bills, or is paid for health care in the normal course of business.[10]

HIPAA and its internal Privacy Rule[11] apply to sports teams that submit a bill, charge for a service, or transmit personal health information to an insurance plan in an electronic format. In application, HIPAA is problematic because an organization may have some parts that are “covered entities,” and other parts that are not. For example, a team may have a doctor that stores medical information internally and does not formally charge for care. If the matter is more serious, the player may be referred to an outside care provider, or for universities to the student health center, which bill.[12] Moreover, in the wake of concussion concerns many sports leagues are also placing independent doctors on sidelines to evaluate injuries. How information is shared and to whom thus determines if HIPAA attaches.

Even where HIPAA does not apply there may be ethical or financial conflicts. The willingness of a doctor to communicate the status of a player depends on the relationship. In abstract, the interests of a personal care provider differ from that of a team provider, which is concerned with the “health” of an organization.[13] Within a sports team the information disclosed – or intentionally withheld – can vary between the coach, the general manager, and the owner. More importantly, the administered treatments may also depend what is disclosed. In 2012, the Washington Nationals famously revealed an “innings limit” on a star pitcher that returned from Tommy John Surgery, but only after media speculated about potential playoff match-ups.[14] Another force behind disclosure is the amount of money in American sports. Matt McCarthy for Deadspin once wrote, “Professional sports are essentially an entertainment industry that fuels merchandise sales, cable deals, websites, fantasy leagues, and ­– importantly ­– point spreads.”[15]

This year alone medical updates have become more vital than ever. In contrast to traditional fantasy sports leagues where a consumer has the same line up all season, one-time competitions like DraftKings and FanDuel allow the user to select a new team each week. As of October 2015, both websites have spent more than $206 million on advertising.[16] Compounding this situation is the opposition that teams face when not providing health updates. In 2012, the University of Southern California football program told reporters that the names of players and injuries were off-limits for publication. The head coach later rescinded the policy after nationwide criticism following his suspension of the Los Angeles Daily for violating the ban.[17] In another example, both boxers from the “Fight of the Century” failed disclose injuries to the media, despite Manny Pacquiao and Floyd Mayweather collecting more than $146 million in prize money.

Sports teams are nevertheless aware of the risks from HIPAA. The answer for some organizations is to acquire a waiver of disclosure from players. In the National Football League, this release of medical information is part of a collective bargaining agreement with the Players’ Union.[18] At the college level, a disclosure waiver may be part of athletic paperwork or required access to team facilities. Despite this, smaller institutions that mirror disclosures based on press conferences or articles may be at risk. For high school or club programs that receive media interest, HIPAA release forms are “best practices” to avoid potential liability.[19] Notwithstanding, the enforceability of any form used by a sports team will depend on a number of factors, including whether it was signed under undue influence in order to play, and if there was capacity to contract. Further, the scope of a waiver may be of legal concern. In vital match-ups, the presence of even a minor condition can spur disclosure by a team. In 1997, Michael Jordan played in the NBA Finals despite the Chicago Bulls confirming his “flu-like symptoms.”[20] In sports today, the medical status of a player is common discourse in pre-game shows, in-game reports, and after-game reviews.

Some months after the firework accident, Paul did return to the New York Giants. Rather than making $12 million a year for the next five seasons, Paul received a one-year contract worth $1.5 million in guaranteed compensation, plus other financial incentives.[21] This occurred after the Giants worked out Paul extensively, and Paul disclosed internally his medical records to the team. In other instances the disclosure may not include the input of the player. In Chuy v. The Philadelphia Eagles Football Club,[22] an athlete read in a newspaper article that he had an unknown career ending injury, according to quotes from the General Manager and sports team physician. While the Eagles later admitted the diagnosis was incorrect, the organization gave the information to media at the time of publication because Chuy was a matter of interest to Philadelphia sports fans and sports writers.[23]

In nearly every level of sports, disclosure of a player’s health is common. The digital age makes this information available instantly – fulfilling an expectation. This post discussed the entities covered by HIPAA, followed by a note on ethical and monetary conflicts. Last, this post addressed waivers, which allow a sports team to potentially disclose medical information. While the hospital staff that produced the picture containing Paul’s medical record will face consequences, the news reports that followed posited if there is a right to health privacy in sports, and the risks therein.

Travis Walker is law student in his final year. He is a graduate of the University of Utah and the University of London, under the direction of the London School of Economics. His interests include health care policy, technology, and comic books.

[8] See What Are the Penalties for Violating HIPAA? Ind. U., https://kb.iu.edu/d/ayzf (last accessed Oct. 31, 2015) (explaining the civil and criminal consequences for covered entities by tiers of infraction).

[12] An example is Tori Finucane, who was struck in the head with a line drive while pitching for the University of Missouri at an NCAA softball game in May 2015. Team medics treated Finucane before transporting her to a hospital near the tournament location.