By Travis Walker for the BiolawToday.org blog. 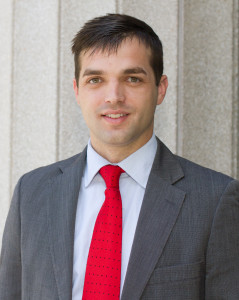 This fall Brittany Maynard moved to Oregon to end her life lawfully. On a quiet Saturday, she took a fatal dose of barbiturates and passed away in a room with family.[1]

When the New York Times interviewed Maynard’s husband the next morning, however, he confirmed that “in accordance with [state] law, her death certificate listed … brain tumor as the [official] cause [of passing],”[2] and not assisted suicide. Since Maynard’s passing, society has rekindled the debate on how to label and regulate voluntary death. This post explores the history of assisted suicide in the United States and what Maynard’s death may mean for future legislation.

In 1997, Oregon became the first state to legalize assisted suicide. The Death with Dignity Act[3] allows anyone age 18 or older who is a resident of the state and capable of making and communicating a health care decision to request lethal medication after being diagnosed with a terminal illness that will “lead to death within six months.”[4] Oregon law mandates that the patient must make an oral request and provide a written request signed by two witnesses to the attending doctor, who then consults another physician to confirm the diagnosis and prognosis. After a fifteen-day waiting period, the patient must make a second oral request to the attending physician, who is required to inform the patient of feasible alternatives to the Act including comfort care, hospice care, and pain control.[5] A doctor must also request, but may not require, the patient to notify their next-of-kin of the prescription request. If at any time the attending doctor or consulting physician believes that the patient’s decision to obtain lethal medication is impaired “by a psychiatric or psychological disorder (such as depression), the patient must be referred for a psychological examination.”[6]

Maynard completed each requirement of the Death with Dignity Act before ending her life. In January, she was diagnosed with glioblastoma, a condition that grows tumors rapidly in the supportive tissue of the brain. After Maynard experienced “increasingly frequent and longer seizures, severe head and neck pain, and stroke-like symptoms,”[7] her attending physician forecast that she less than six months to live. Maynard additionally consulted specialists, who informed her that because the tumors were so large, radiation could slow, but not prevent death.[8] “After months of research,” she concluded, “no treatment [could] save my life, and the recommended treatments would have destroyed the time I had left.”[9] With the non-profit Compassion and Choices, Maynard defended her choice under the Death with Dignity Act, stating, “I’m not killing myself. Cancer is killing me.”[10]

Despite her comment, Maynard’s death received considerable criticism. She was 29 at the time of passing, far different than the median assisted suicide age of 71 in Oregon.[11] Maynard also made her choice public, posting a YouTube video[12] and writing an article for People magazine. Because of her openness, medical ethicists expressed concern that “her story will grab the attention of young people,” and “may change the politics” on assisted suicide.[13]

Since the Death with Dignity Act, only four other states have legalized assisted suicide.[14] In 1991, voters in Washington State rejected an initiative permitting physician-assisted suicide, or euthanasia, for patients unable to perform the act themselves. The American Medical Society strongly opposed the measure, noting that under the Hippocratic Oath doctors have an obligation to give life-saving medicine, and “[their education] should not be used to kill people.”[15] After the suicide book “Final Exit”[16] became a best seller, however, the Hemlock Society challenged Washington State’s Natural Death Act as a violation of due process under the 14th amendment.[17] In Washington v. Glucksberg the United States Supreme Court rejected compassionate death as the next civil and human right. It held that “for over 700 years, the Anglo-American common-law tradition has punished or otherwise disapproved of both suicide and assisting suicide.”[18] Consequently, “history, tradition, and practice” did not view assisted suicide as “deeply rooted in this Nation’s history and tradition,” or “implicit in the concept of ordered liberty.”[19] The Supreme Court also distinguished the right to “direct the removal of life-sustaining medical treatment and thus hasten death” from the “decision to commit suicide with the assistance of another,”[20] noting that suicide and assisted suicide have “never enjoyed similar legal protection.”[21] Last, the Supreme Court held that because the State has an “interest in preventing suicide, and in studying, identifying, and treating its cause,” the Natural Death Act had a rational basis in “protecting [the] disabled and terminally ill people from prejudice, negative and inaccurate stereotypes.”[22]

At the time of Glucksberg, the Supreme Court relied on studies that found “many people who requested physician-assisted suicide” withdrew their request if depression and pain was treated.[23] The Supreme Court also upheld the Natural Death Act because broad assisted suicide laws could start “down the path to voluntary and perhaps even involuntary euthanasia.” In 1990, the Netherlands reported “2,300 cases of voluntary euthanasia (defined as “the deliberate termination of another’s life at his request”), 400 cases of assisted suicide, and more than 1,000 cases of euthanasia without an explicit request.”[24]

Despite Maynard’s legal death this fall, the Vatican rebuffed assisted suicide, declaring, “dignity is something other than putting an end to one’s own life.”[26] Although the Pontifical Academy “cautioned” against judging individuals, it argued that “the gesture in and of itself should be condemned.”[27] Others critiqued Maynard’s act, concluding that true bravery is the choice to live.[28] Last, opponents noted “many doctors say estimates of how much time a terminally ill patient may have are often wrong.”[29]

Even Maynard conceded that “because the rest of my body is young and healthy, I am likely to physically hang on for a long time even though cancer is eating my mind.”[30] She considered “passing away in hospice care at my San Francisco Bay-area home,” but concluded that “even with palliative medication, I could develop potentially morphine-resistant pain and suffer personality changes and verbal, cognitive and motor loss of virtually any kind.”[31] In the end, Maynard decided that she “did not want this nightmare scenario for my family,” and once she had the lethal medication, “experienced a tremendous sense of relief.”[32]

Reserving the argument of quantity versus quality of life, the question remains open how American society will react to Maynard’s death. While advocacy groups continue to redefine assisted suicide as “physician-assisted dying,” “death with dignity,” and “end-of-life choice,” opponents point to Nancy Crick, an Australian woman who drank a lethal solution in the presence of family and supporters from Exit International. Despite her final act, considerable doubt remains on whether Crick was pressured to end her life after experiencing a temporary change of mind.[33] If assisted suicide becomes more common in the United States, some fear that patients will forgo medical treatments plans or push for assisted suicide laws in non-fatal conditions.[34]

Notwithstanding, assisted suicide remains a subject that affects individuals, families, and communities. For Maynard, the decision to end her life lawfully remains public. In her last video, Maynard explained her choice by saying, “I think until anyone has walked a mile in my shoes and knows what they’re facing … the bone-splitting headaches that I get sometimes, or the seizures, or the inability to speak, or the moments where I’m looking at my husband’s face and I can’t think of his name, [no one can know what asking for the end looks like, or why I made the choice I did].”[35]

Travis Walker is currently a second year law student at the University of Utah S.J. Quinney College of Law.  Travis graduated from the University of Utah in 2011 with a B.A. in Political Science, B.S. in International Studies, and a B.A. in Communications.  He also worked for the United Nations and graduated from the London School of Economics with a B.S. in Sociology before returning to Utah. His legal interests are Health Care Law and Politics. Travis owns a golden retriever and enjoys camping with his family in the mountains by Park City.

[1] Lindsey Bever, Brittany Maynard May Wait to End Her Life, But, Like Others, She Knows the Time Will Come, Wash. Post (Oct. 30, 2014), http://www.washingtonpost.com/news/morning-mix/wp/2014/10/30/patients-like-brittney-maynard-who-choose-doctor-assisted-death-and-how-they-die/.

[16] See Derek Humphry, Final Exit: The Practicalities of Self-Deliverance and Assisted Suicide for the Dying (3d. 2002).

[24] 521 U.S. 702, 734 (1997) (emphasis added); See also Glenn Kessler, Euthanasia in The Netherlands: Rick Santorum’s Bogus Statistics, Wash Post. (Feb. 20, 2012 6:00 A.M.), http://www.washingtonpost.com/blogs/fact-checker/post/euthanasia-in-the-netherlands-rick-santorums-bogus-statistics/2012/02/21/gIQAJaRbSR_blog.html (noting that in 2010 the number of euthanasia deaths in The Netherlands was 3,136, or 2.3 percent of all deaths in the country); But see Nadette de Visser, The Dutch Debate Doctor-Assisted Suicide, Daily Beast (Feb. 03, 2014), http://www.thedailybeast.com/articles/2014/02/03/the-dutch-debate-doctor-assisted-suicide-for-depression.html (arguing that this number may increase because groups like the Life-Ending Clinic operate legally in The Netherlands and allow patients who have been refused euthanasia or assisted suicide by their primary doctors to end their life elsewhere).

[25] See Baxter v. Montana, 2009 MT 449, 224 P.3d 1211 (Mont. 2009) (holding that under Section 45-5-102 of the Montana Code, a physician may claim consent as an affirmative defense to criminal charges); See also Brown C. Lewis, A Graceful Exit: Redefining Terminal to Expand the Availability of Physician-Facilitated Suicide, 91 Or. L. Rev. 457, 466-68 (stating that the Montana Supreme Court upheld assisted suicide under the Rights of the Terminally Ill Act, which was enacted “ensure that a terminally ill patient was given the opportunity to choose the time and manner of his or her death”).