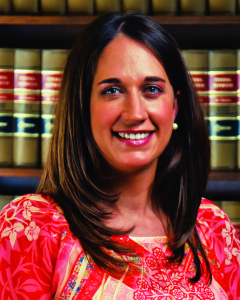 Social media feeds were ablaze last week when it was revealed that Turing Pharmaceuticals raised the price of a life-saving toxoplasmosis drug, Daraprim, from $13.50 per tablet to $750 per tablet. Twitter and Facebook lit up with accusations that Martin Shkreli, the CEO of Turing, was a greedy monster and his decision to charge 55 times what the previous manufacturer charged was unfair and put lives in jeopardy. Even presidential candidate Hillary Clinton entered the fray by tweeting that the increase by Turing constituted outrageous “price gouging.”

What no one was saying during this ordeal was that the price increase was illegal. Because it wasn’t.

Manufacturers are not required to price their drugs at some percentage over their actual costs; they are free to charge whatever the market can withstand. In this case, a generic version of Daraprim is reported to be available for much less ($1 USD/pill) in the United Kingdom and elsewhere, as its patents have long since run out. But in the United States, Turing remains the only producer of the toxoplasmosis drug. Part of the story is that pharmaceutical companies in the U.S. have lobbied hard to prevent people from importing cheaper drugs into the U.S. unless they are licensed wholesalers or manufacturers. (Some consumers have been able to purchase the cheaper option out-of-pocket through online foreign pharmacies.) In any event, Turing purchased the marketing and trade secrets rights to the drug in the United States, and has publicly claimed that the revenue for the drug, reported to be $5M USD/year, was not enough.

Many commentators were puzzled. Why is there not a competitor if there is no longer patent protection and the drug is 60 years old? The reason there are no generic manufacturers of Daraprim is ostensibly because its demand is low and pharmaceutical companies in the U.S. do not find investing in its development to be worthwhile. Otherwise, we would have seen a generic competitor enter the U.S. market long ago. Or, once a second competitor entered the market, Turing could reduce their price immediately and dramatically, creating an unattractive-to-them price war. In the pharmaceutical industry, patents are not the whole story, but barriers to entry are not either. The fact that this drug treats an uncommon and life-threatening infection like toxoplasmosis makes it small potatoes for most companies unless they inflate the price.  $5M in revenue is simply not enough in the high-stakes and high volume pharmaceutical world.

This is a case of a broken and anticompetitive market. Consumers in the U.S. usualy pay whatever the owner demands through their insurance, raising prices for everyone. Turing claims they need more money to market the drug and research other means of treating toxoplasmosis. But that lacks credulity. There is a cheap and effective drug available, which they own, which has zero competition in the U.S. Why the need to aggressively market the only life-saving drug you can purchase through your insurance? The more likely honest answer is that Turing wants to make hay while the sun shines, until 3D printers or other manufacturing developments make it affordable for a generic competitor to enter the market.

The legal issue is not whether what Turing did was legal. It was. Turing has backed down on the astronomical price increase, but due to social pressure and bad publicity, not due to failure to comply with the law. The legal and policy issue is a much more complicated one: whether to fix a broken and unfair drug pricing market where price has little to no relationship to actual costs, and where there is very little competition or consumer choice.