By James R. Holbrook for edrblog.org 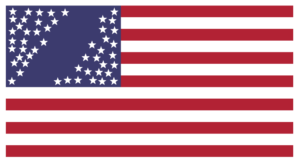 The Sixties and early Seventies were a time of great turmoil in a divided America, including the assassinations of JFK, MLK, and RFK; the civil rights movement; the Vietnam War and our invasion of Cambodia; and Watergate and Nixon’s forced resignation. Today we are in another period of great turmoil, including nationally about the 2016 presidential campaigns and election, and locally about our state’s efforts to control federal public lands. This blog post discusses two ideologically-related sources of our current turmoil in a divided America.

Incompatible Worldviews Are a Source[1]

Liberals and conservatives do not just see things differently—they are different. Psychologists have found that conservatives are fundamentally more anxious than liberals, which may be why they typically desire stability, structure, and clear answers even to complicated questions. However, as anxiety swings up or down, political views can shift. When people feel safe and secure, they become more liberal; when they feel threatened, they become more conservative.  Studies have shown, for example, that Americans of all political persuasions became more conservative in the wake of the 9/11 terrorist attacks.

Liberals value two ethical principles in politics: caring for people who are vulnerable and fairness. Fairness for liberals tends to mean sharing resources equally. Liberals value democracy and recognize that maintaining democracy requires ensuring that the rights of weaker members of society are respected and that government has an obligation to limit societal harm, such as that caused by pollution.

Conservatives value two different ethical principles in politics: loyalty and authority, which are values helpful for maintaining a stable society. Conservatives also care about fairness, but fairness to them means proportionality, i.e., people should get what they deserve based on the amount of effort they exert. Conservatives recognize that democracy is a huge achievement and that maintaining the social order requires laws, institutions, customs, and religion.

In a fair and stable society, both worldviews are valuable and necessary, because fairness promotes stability, and stability enables fairness. However, in our hyper-partisan society today, these worldviews seem very much at odds.

Our Confirmation Biases Are Another Source

“Confirmation biases” are our tendency to distort our perceptions of experience so that they are consistent with our worldview. We start with an attitude, e.g., a belief that young drivers are discourteous and dangerous. That becomes our worldview. Our brains then ignore information that is inconsistent with our worldview and selectively attend to or notice only information which supports our beliefs. For example, my brain will notice or attend to instances of teens driving dangerously, while ignoring all other instances of safe driving practiced by young drivers.[2]

If I believe that conservatives want tax cuts for the rich at the expense of the working class, whereas liberals are compassionate problem solvers who care about working families, my brain will seek out congruent observations. I see what I believe. My brain automatically, independent of my intention, filters information to be consistent with my worldview. I compound my bias by restricting my sources of information, e.g., I am likely to get my political news by watching CNN and reading The Washington Post, rather than by watching Fox News and reading The Wall Street Journal.

Our confirmation biases result in “us” versus “them” tribalism which hardens our worldviews and diminishes our capacity and willingness to feel empathy for “Others.”

We Can Listen to and Understand the Perspective of “Others”

The physicist David Bohm, in his book On Dialogue, describes our current hyper-partisan inability to communicate with one another about the conflicts we face:[3]

Different groups … are not actually able to listen to each other. As a result, the very attempt to improve communication leads frequently to yet more confusion, and the consequent sense of frustration inclines people ever further toward aggression and violence, rather than toward mutual understanding and trust. …

[C]ommunication can lead to the creation of something new only if people are able freely to listen to each other, without prejudice, and without trying to influence each other. Each has to be interested primarily in truth and coherence, so that he is ready to drop his old ideas and intentions, and be ready to go on to something different, when this is called for.

Those of us who have dedicated our lives to the work of dispute resolution must find the willingness in ourselves to listen to and understand those with whom we strongly disagree. This may lead to creative interpersonal dialogue and perhaps to positive societal change. At a minimum, we will have newfound respect and empathy for “Others” who are our fellow passengers on Spaceship Earth.

This blog entry is excerpted from a longer white paper entitled “Sources of Conflict in a Divided America,” available here. 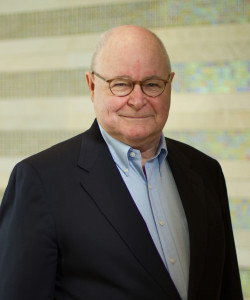 James Holbrook is a Clinical Professor of Law at the University of Utah’s S.J. Quinney College of Law where he teaches negotiation, mediation, and arbitration. He also has mediated and arbitrated over 800 disputes dealing with a wide range of legal issues.