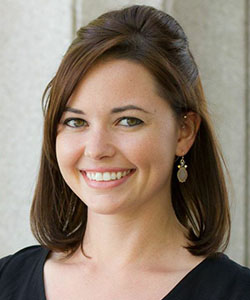 By Kendra Brown for BioLawToday.org.

In the 2016 general session, the Utah Legislature enacted the Nonpatient Cause of Action.[1] This statute recognizes a special legal relationship between healthcare providers and nonpatients in negligence claims.[2] In other words, a person does not need to establish a physician-patient relationship to bring a negligence claim against healthcare providers in Utah. This new statute appears to have codified the holding from the 2012 Utah Supreme Court case, B.R. v. West.[3] The Utah Supreme Court granted certiorari for this case to determine “whether healthcare providers have a legal obligation to nonpatients to exercise reasonable care in prescribing medications that pose a risk of injury to third parties.”[4]

In West, a nurse practitioner prescribed a patient, Mr. Ragsdale, “at least six medications, including Concerta, Valium, Doxepin, Paxil, pregnenolone, and testosterone.”[5] The plaintiffs alleged that the combination of these drugs resulted in Mr. Ragsdale killing his wife.[6]  Mr. Ragsdale pled guilty to aggravated murder, leaving their children parentless.[7] The Ragsdale’s minor children filed the law suit against the nurse practitioner alleging “negligence in the prescription of the medications that caused Mr. Ragsdale’s violent outburst and his wife’s death.”[8] The district court granted the defendant’s motion to dismiss asserting that “no patient-healthcare provider relationship existed[] at the time of the underlying events” between the minor children and the defendant.[9] On appeal, the Utah Supreme Court disagreed.[10]

The defendants argued that healthcare providers do not owe a duty to a nonpatient who has been injured by a patient “unless the patient has a special relationship with the provider.”[11] Unlike other cases that attempted to establish a legal relationship between a nonpatient and a healthcare provider, the key to the plaintiffs’ argument in West was that the minor children’s, or nonpatients’, claim “is not a derivative one for harm to their father, but a personal one for their own injuries.”[12] The Utah Supreme Court explained that “[s]pecial relationships ‘arise when one assumes the responsibility for another’s safety or deprives another of his or her normal opportunities for self-protection.’”[13] There are four common factors in Utah precedent that determine whether a defendant owes a duty: “(1) whether the tortious conduct consists of an affirmative act or merely an omission”[14]; “(2) the legal relationship between the parties”[15]; “(3) the foreseeability or likelihood of the injury . . .; (4) public policy as to which party can best bear the loss occasioned by the injury.”[16] The Utah Supreme Court explained that when a special legal relationship exists, the court considers this a “plus” factor that enhances the duty to another person.[17] In other words, it enhances factor (2) explained above.

The plaintiffs provided evidence that the tortious conduct consisted of the affirmative act of prescribing the six medications to Mr. Ragsdale. This affirmative act, which resulted in a “violent outburst to take his wife’s life”,[18] weighs in favor of the plaintiff’s claim of negligence. The Court then explained that the prescribing physician, or nurse practitioner, is a medical expert who “can take into account the propensities of the drug, as well as the susceptibilities of [the] patient.”[19] This expertise provide support for the plaintiffs to show that the health-care professionals are in a better position to “understand the significance of the risks involved and to assess relative advantages and disadvantages of a given form of prescription-based therapy.”[20] This weighs in favor of the plaintiffs under factors (3) and (4) explained above. The defendants challenged these factors, as well as the possibility of imposing a duty to nonpatients, because “of a lack of foreseeability of injury.”[21] The Court disagreed with the defendants and explained the difference in finding a legal duty compared to finding whether there was a breach in the duty and the injury was proximately caused by that breach.[22] Establishing a legal duty is a question of law, whereas the question of breach of duty and of proximate cause are questions for a jury. The Court did not need to determine whether there was a breach or whether the Ragsdale’s children were injured by that breach, the Court only needed to determine whether the nurse practitioner owed a duty to the nonpatient children.

The Court upheld “a duty of healthcare providers to nonpatients in the affirmative act of prescribing medication.”[23] Even though nonpatient plaintiffs were provided a cause of action in negligence claims against healthcare providers, the nonpatient plaintiffs have the burden to “not only demonstrate that the provider’s conduct fell outside the standard of professional care, but prove that the prescription was the proximate cause of a patient’s harmful conduct.”[24]

Following this case, the Utah Legislature enacted House Bill 79 in the 2016 general session that created a Nonpatient Cause of Action.[25] The Legislature recognized the special legal relationship, and therefore a legal duty, to nonpatient plaintiffs in negligence claims. This enactment has no effect on the existing causes of action for loss of consortium,[26] wrongful death,[27] or on the limitation of a therapists duty to warn.[28]

This statute has opened the door to allow a nonpatient to file a malpractice claim against a healthcare provider. The nonpatients that this statute affects are those who could not seek a legal remedy because they were not the spouse of the patient, or the heir or legal representative of the decedent patient.[29] So long as the nonpatient can show: (1) they suffered an injury, (2) the healthcare provider’s act or omission was the proximate cause of the injury suffered, and (3) that the act or omission was “a knowing and reckless indifference toward, and a disregard of, the injury suffered by the nonpatient plaintiff,”[30] then the nonpatient as established a malpractice claim that can move forward through the court system.

Though there may be concern that this statute will flood the system with more malpractice claims against healthcare providers, this is likely not the case. Medical malpractice claims are already difficult to bring because the damages are often not worth the cost of litigation. I will briefly attempt to briefly illustrate the more significant difficulties. In 2013 the National Practitioner Data Bank data found that there were 3,046 medical malpractice payments for deaths due to negligence, but about “14 times as many people were likely killed in hospitals in 2013 because of avoidable errors as the number of malpractice payments to survivors.”[31] It is estimated that “between 93 and 98 percent of deaths from medical negligence did not result in any liability payment.”[32]

Medical malpractice firms that represent patient plaintiffs often have a rigid screening process to ensure that the suffered injury was a result of negligence on behalf of the healthcare provider, not just a bad outcome. In addition, the attorney will want to ensure that the cost of securing medical experts, in additional to the normal costs of litigation, will be outweighed by the settlement or award of damages by a jury.[33] “Most medical experts charge between $350.00-$500.00 per hour to assist with the case.”[34] If an expert is needed at trial, this amount can increase to $2,500-$4,000 per day for travel and testimony time.[35]

In addition, Utah has capped the amount of non-economic damages recoverable in a medical malpractice suit to $400,000,[36] regardless of the amount the jury believes the plaintiff deserves.[37] Because of this cap, the settlement offers (which are more common than going to trial) are often lower than the plaintiff may deserve. All of this has a great effect on the ability of plaintiffs’ attorneys to bear the costs of the lawsuit until the settlement or award of damages.[38]

With this very brief look at medical malpractice lawsuits in general, it is easy to see that this new nonpatient cause of action will likely not overwhelm the judicial system. All of the same hurdles of traditional malpractice suits are still in place, and the nonpatient plaintiff will have, arguably, a more difficult time proving a breach of duty and proximate cause of the injury than the traditional patient plaintiffs. Also, as discussed in B.R. v. West, there are numerous factors that are considered in determining whether a defendant owes a duty to a plaintiff. As the Utah Supreme Court mentioned, not all of the factors are created equal—“some factors are featured heavily in certain types of cases, while other factors play a less important, or different, role.”[39] These factors include:

The public policy considerations, as well as the foreseeability or likelihood of injury to the nonpatient, will likely be the source of greater analysis in nonpatient negligence claims. With this focus, it will help filter the amount of claims to prevent frivolous claims from reaching the court.

HB79. Nonpatient Cause of Action

Does Not Apply To:

Kendra is currently a second year student at the S.J. Quinney College of Law and is the Executive Managing Editor of the Utah Law Review, as well as the Student Director of the Medical-Legal Clinic. Kendra graduated from the University of Utah in 2014 with a B.A. in History focusing on World War I and World War II. Kendra’s legal interests include health law, bioethics, medical malpractice, and appellate advocacy. Kendra loves to travel, scuba dive, and play soccer.

[5] Id. at ¶ 2. Along with the nurse practitioner, the plaintiffs also sued the supervising physician, Pioneer Comprehensive Medical Clinic, and John Does 1-X. Id.