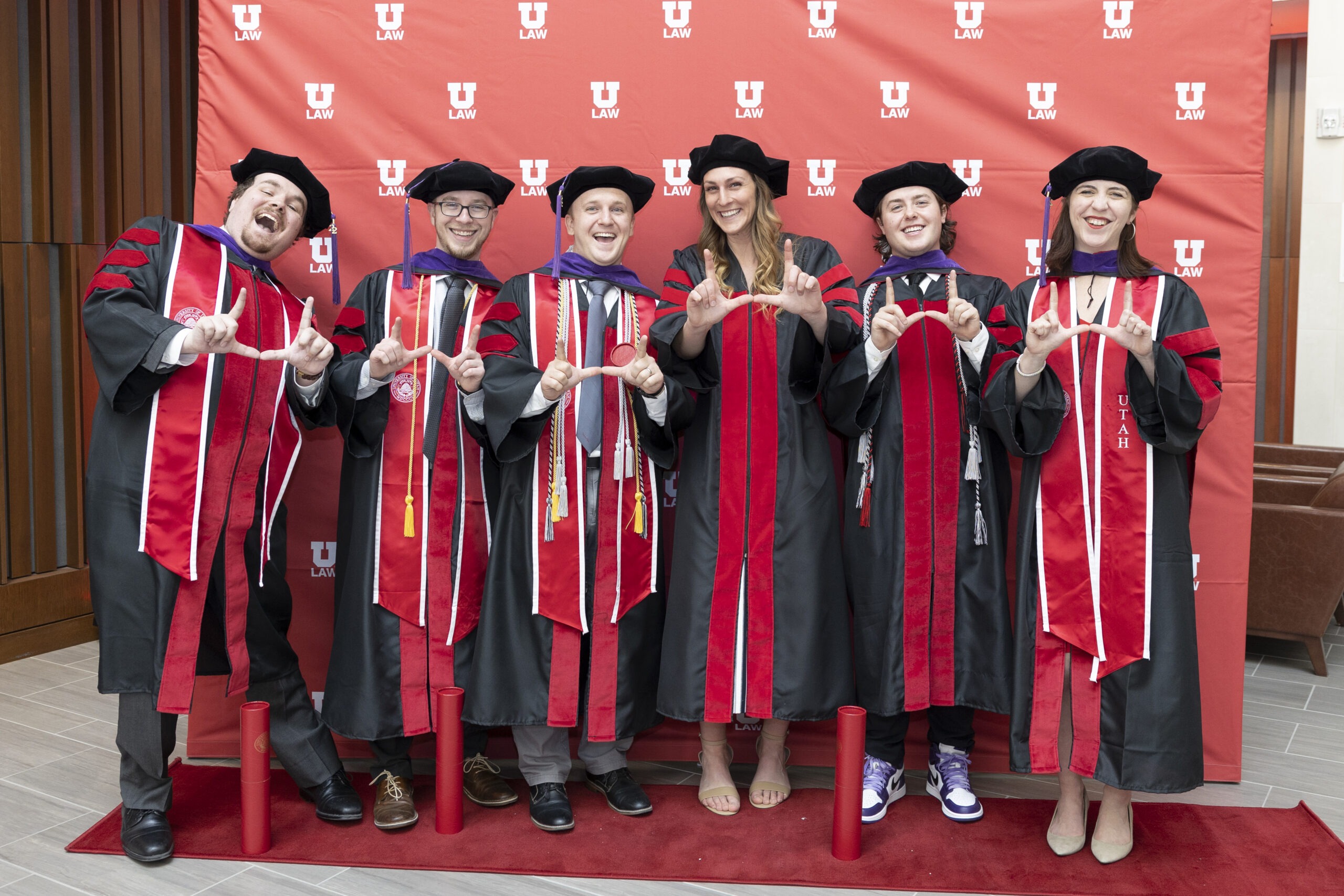 The S.J. Quinney College of Law class of 2022 graduated on Friday, May 13th. The Utah Law community is extraordinarily proud of this impressive group of students. Throughout their time at Utah Law, their achievements have been significant, and their contributions — both to our law school and to our wider community — have been profound. We are especially honored to celebrate this class for its resilience and determination during a period of unprecedented challenges.
Here are some of the many reasons to celebrate our newest grads: 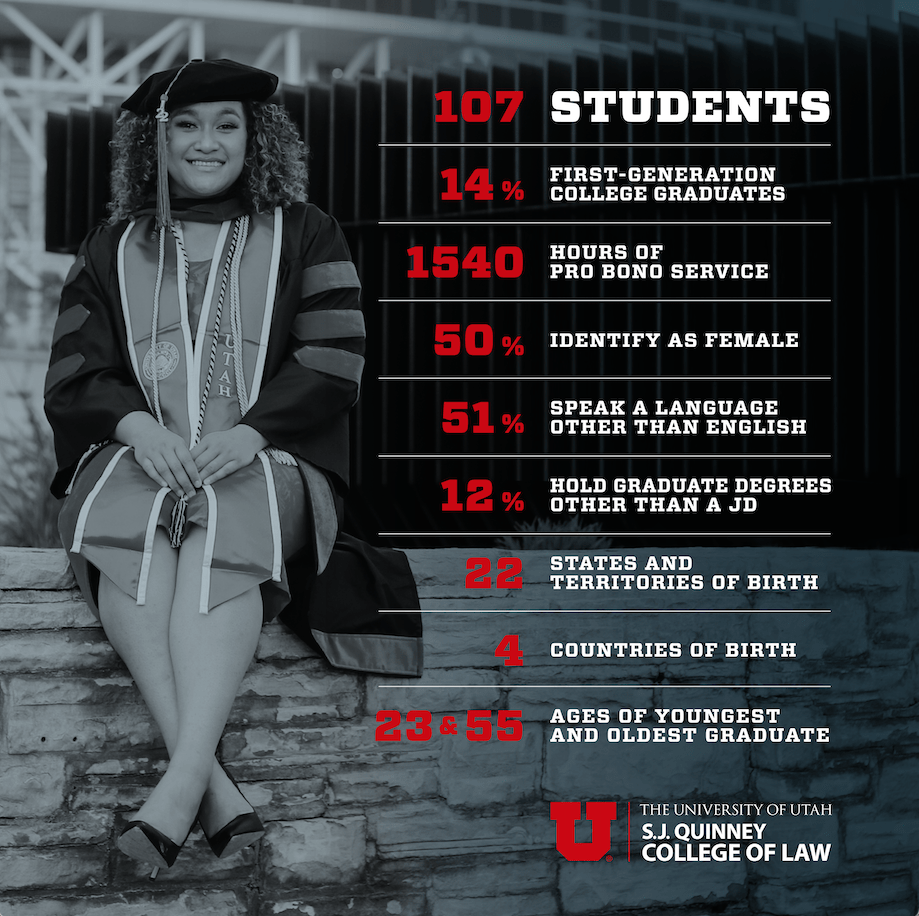 The Utah Law class of 2022 has already worked to make the world a better place, with a combined total of over 1500 volunteer pro bono hours serving clients in need as part of the College’s Pro

Bono Initiative. Richard Poll truly outdid himself, logging 320 pro bono hours during his time at the law school. Darian Hackney went above and beyond and assisted a local attorney to help a client whose former attorney had abandoned her in federal court. She and Dyana Thurgood both recently were recognized for their vision of the future by the Women Lawyers of Utah, receiving the Reva Beck Bosone Scholarship award.

Many of these students worked to make the S.J. Quinney College of Law better. George Labonty served as a Legal Methods teaching assistant, helping those in the years below him. New student groups were formed – Kari James started the Native American Law Students Association and many of these students joined together to help form both the National Lawyers Guild and First Generation Student Group – these groups will have a positive impact on the Utah Law community for years to come. The Utah Law Review Staff, led by Editor in Chief Kaitlynn Morgan, imagined a better law school curriculum and profession by hosting an annual symposium that explored how to better incorporate anti-racism into the law school curriculum. 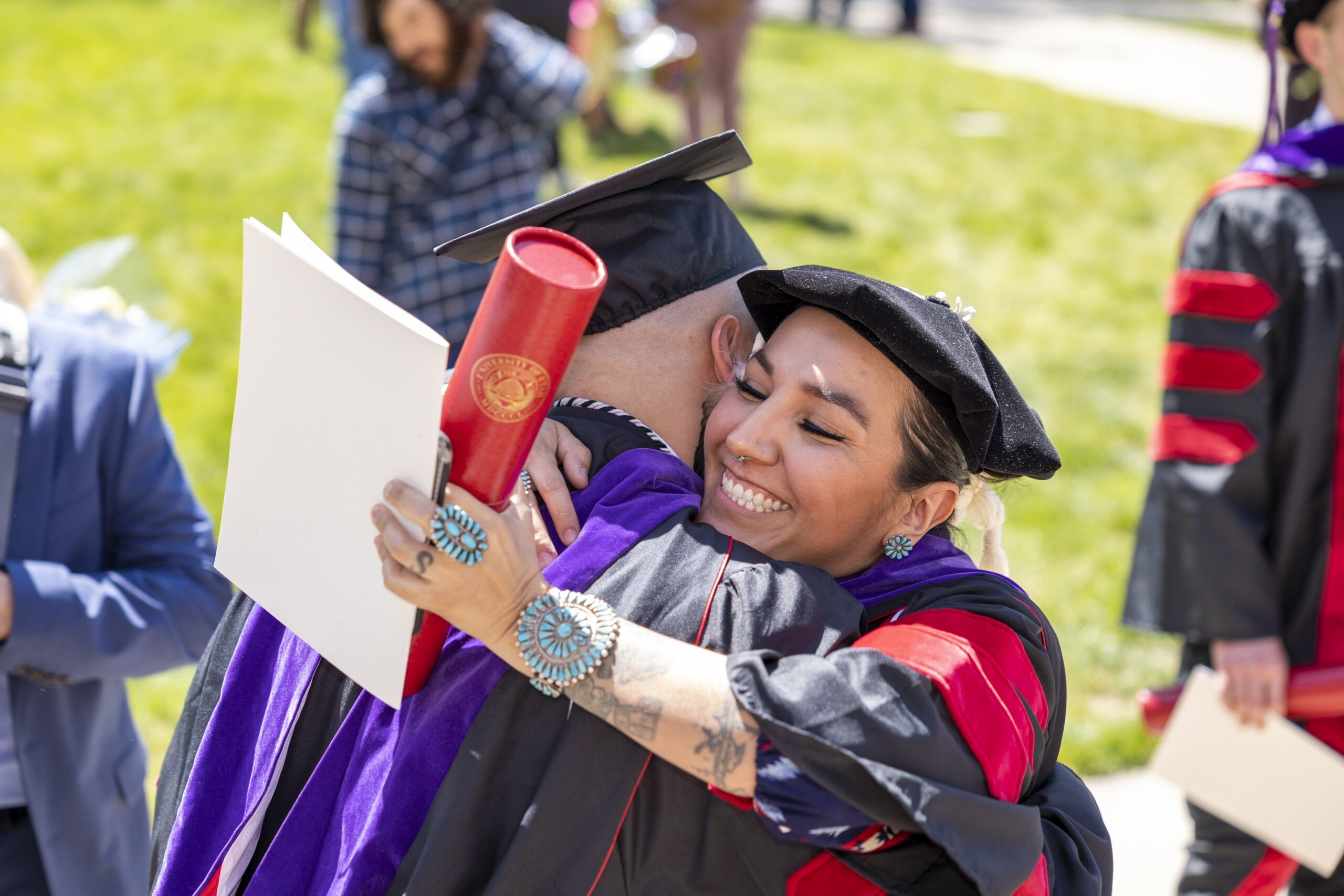 The team of Eliza Burnett, Freedom Hansen, Zach Marque, and Dan Robison won the best negotiation and best agreement at the UCLA Transactional Law Competition. Similarly, the team of Jordan Cobabe, Trey Fanning, and Alexa Horn placed third overall at the Rocky Mountain Regional portion of the National Patent Application Drafting Competition. The team of Anna Grigsby, Taylor Hastings, Tamara Lemmon, and Shannon Woulfe competed in the Trial Advocacy All-Star National Challenge, breaking into the national quarter-finals, with Tamara Lemmon receiving one of only three best advocate awards given at the competition. Last year, Natalie Beal and Stephanie Hanawalt won the National Energy Moot Court competition. The Jessup International Law Moot Court team composed of Jessica Arthurs, Samuel Flitton, Amanda Fuller, Justin Rich, and Pam Schools did a fantastic job in the competition as evidenced by the fact that Amanda Fuller placed 19th in the nation out of 320 student competitors to receive a Top 20 Oralist Award.

Several members of the class decided that they wanted to publish legal articles – imagining a world where their research and advocacy could change the law for the better. Along with Professor John Ruple, Devin Stelter published an article in the Arizona Journal of Environmental Law and Policy titled — “Charting a ‘Substantially Different’ Approach to Land Management Planning Following A Congressional Review Act Joint Resolution of Disapproval.” Jessi Maupin and Professor Jorge Contreras together wrote an article titled – “An American Compulsory License: Unenjoined Patent Infringement After eBay” which has been described as “groundbreaking.”

The Class of 2022 also contributed amazing notes to the Utah Law Review, including Talley Timms Ransil, Note, Corporations Without Representation: The Constitutionality of SB 826.

Click below to read more about the amazing individuals who make up the Utah Law class of 2022.

Rebekah Watts advocates for the innocent