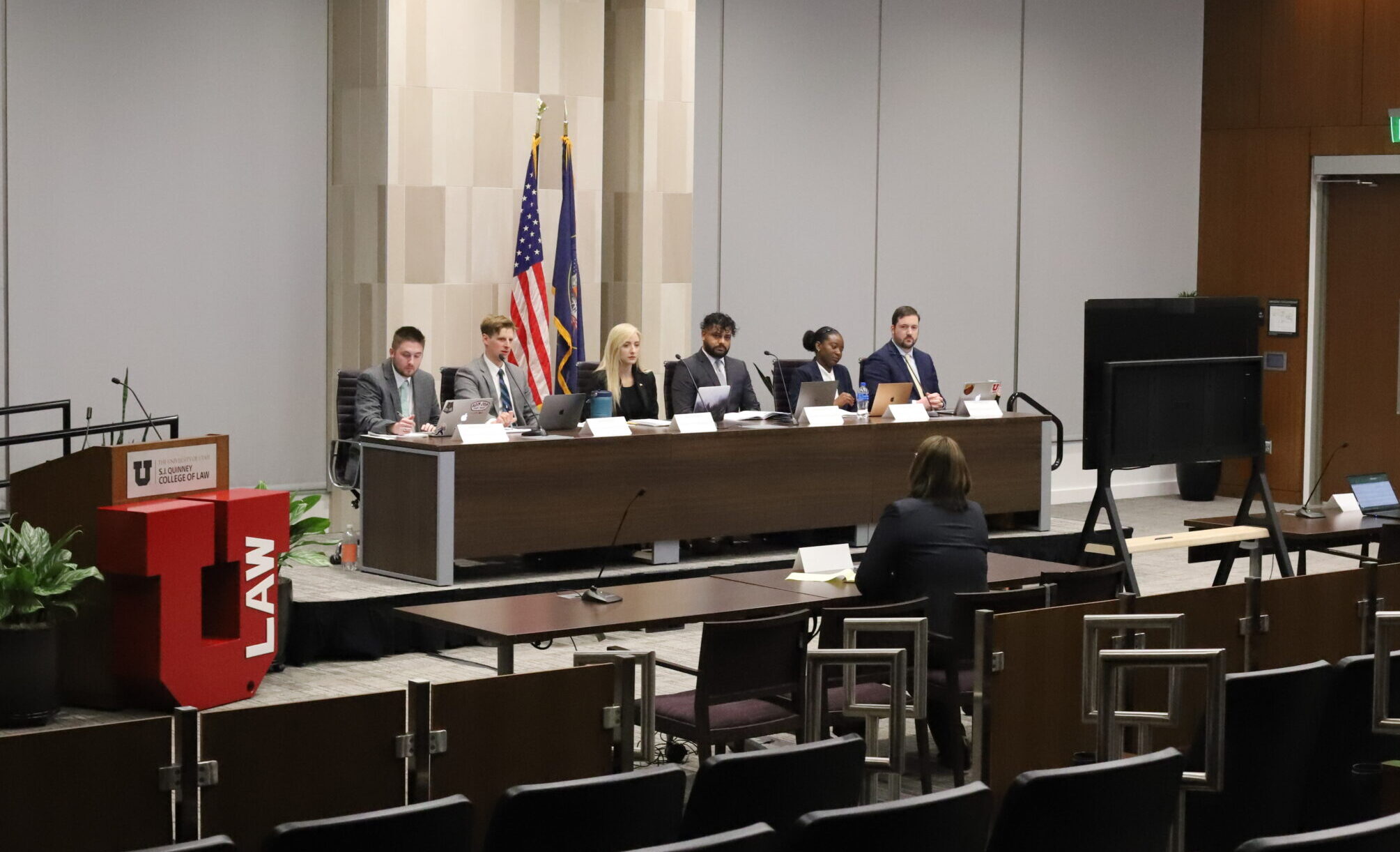 On April 8th, the College of Law held a live simulation exercise as part of the Global Perspectives on Counterterrorism course. The event simulated fictional but true-to-life terrorist incidents and placed students in key decision-making roles as they navigated terrorism scenarios in a high-pressure environment.

Students who participated in the simulation are tasked with applying domestic and international law as they attempt to mitigate loss of life and the geopolitical consequences of domestic and international terrorist attacks. They addressed complex dilemmas as they decided on appropriate responses by U.S. military forces and political leadership. They then had to justify their decisions before a panel of legal and political experts.

“I am really interested in a career in international law,” said 2L Samuel Flitton. “This class was so helpful because it really did provide scenarios that I could face in my future career. I had to analyze a lot of information to make the best decision possible, which is an important life skill. It’s great for personal and professional development.”

Four simulations took place throughout the day, with each simulation ending in a 45-minute debriefing before the expert panel. The debriefings allowed experts to challenge and critique the decisions made by students during each simulation—and presented students with an opportunity to defend their choices and build the confidence needed to respond to similar challenges in the real world after they graduate.

The counterterrorism simulation and Global Perspectives on Counterterrorism course are entirely unique: No other university or law program offers students the opportunity to apply classroom-based counterterrorism skills in an environment that simulates the pressures and real-time consequences of the student’s actions.

The simulation is directed by Professor of Law Amos Guiora, a retired lieutenant colonel of the Israel Defense Forces Judge Advocate General Corps and an expert in terrorism and geopolitics.

“The subject matter of this unique simulation bears directly on matters of national security and foreign policy that command the public’s attention today,” said Guiora. “The invasion of Ukraine—along with recent ISIS-motivated attacks in Israel—remind us that we face a continued threat from domestic and international terrorism, as well as significant challenges posed by chemical and nuclear war, interstate conflict, economic consequences, and refugee crises.”